Anti-Christian Activists Will Defeat Themselves 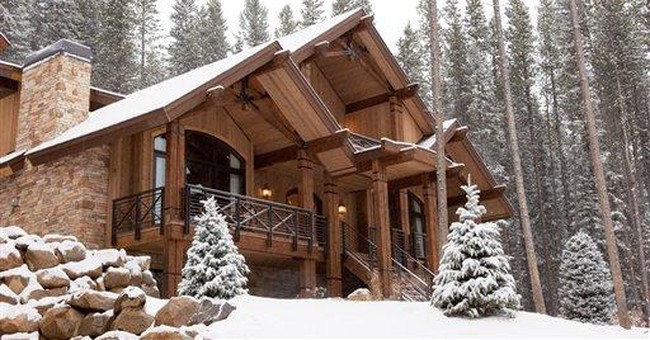 For years now, anti-Christian activists have been pushing the hate button and accusing those of us who hold to biblical morality and family values of being intolerant, hate-filled bigots (and worse).

But this strategy, seen most recently in the attack on godly twin brothers, Jason and David Benham, will inevitably defeat itself. After all, when the alleged victims are the bullies and the alleged tolerant ones are full of bigotry, their rhetoric cannot be taken seriously.

Back in 2008, as Californians voted to preserve marriage with the Proposition 8 marriage amendment, the amendment was quickly dubbed Prop Hate, as if the only way anyone could believe that marriage was the union of a man and woman was if they were full of hate.

But that was only the beginning. In Sacramento, demonstrators held signs reading:

Taliban? Nazis? Feed them to the lions?

This kind of demonization will only defeat itself in the long run exposing who the real bigots are.

In the last week, as soon as my newest book was released, I was accused of being the incarnation of the late Fred Phelps (infamous for his “God hates fags” protests), as well as branded the leader of my own “religious cult” that “requires human sacrifices.” (I’m not making this up.)

So, by writing a book filled with compassion and speaking of God’s great love for those who identify as LGBT, also urging the Church to recognize the unique struggles faced by those with same-sex attractions, I have become a hate-filled bigot and cult leader.

At some point reality kicks in – in this case, the moment someone reads the first pages of my book (or the middle pages or the last pages) – and instead of advancing their cause, the anti-Christian activists undermine their own.

Unfortunately for Jay H., when people actually read my book, rather than “homophobic rantings,” they find the opposite. As one reader noted, “[Brown] . . . freely uses life testimonies of people who were divinely delivered from homosexuality, and others NOT divinely delivered from homosexuality. This isn’t cherry-picked propaganda here...there are sections in this book that are very sobering for [an] evangelical believer to read.”

And so, readers quickly realize that I am no more the new Fred Phelps than I’m the new Michael Jordan, and the anti-Christian rhetoric exposes itself.

That’s what is happening with my good friends David and Jason Benham, Christian businessmen and committed husbands and fathers.

They were about to be the stars of a new reality show on HGTV that featured them helping hurting families get their dream homes, until a single post on RightWingWatch caused HGTV to pull the plug. (For those unfamiliar with RightWingWatch, the website is a project of Norman Lear’s ultra-liberal People for the American Way. The website references Christian family activist Phyllis Schafly 351 times, conservative political leader Gary Bauer 334 times, President Ronald Reagan 111 times, author Chuck Colson 57 times, and Supreme Court Justice Clarence Thomas 37 times, just to give a few examples. You can be sure most all of the references were not flattering.)

Shortly after HGTV announced its decision, a young man on YouTube opined that the Benham brothers were “the textbook definition of a psychopath” and that “they have no feelings, no consideration for other people.”

The problem, of course, is that the moment you get to know David and Jason – or even watch them on a TV interview for a few minutes or see them interacting with their families – you realize that they are not the ones who need help. It’s the young man on YouTube who needs help, and I can guarantee that if they had the opportunity, the Benhams would reach out to him directly to show him the love of God. (When I played part of this YouTube clip for Jason on my radio show, he responded with real compassion and concern.)

But it’s not just some anonymous YouTuber who is spouting such extreme, self-disqualifying anti-Christian rhetoric.

Dan Savage, a leading gay activist (and sex columnist) supported HGTV’s decision, comparing the Benham’s pro-family viewpoints to “white people” who used to “go on TV and say the most racist [expletive] imaginable (argue against legal interracial marriage, argue in favor of segregation) and keep their jobs and be invited back on TV to say that [expletive] a second time.”

Savage facetiously remarked that “hating the [expletive] out of gay people is something all Christians have in common,” titling his blog, “HGTV Cancels Reality Show After Twin Stars Anti-Gay Activism and Rabid Homophobia Exposed.”

Eventually, as those who claim to be champions of tolerance and diversity continue their crusade to silence and defame those who differ with them, they will ultimately defeat themselves.