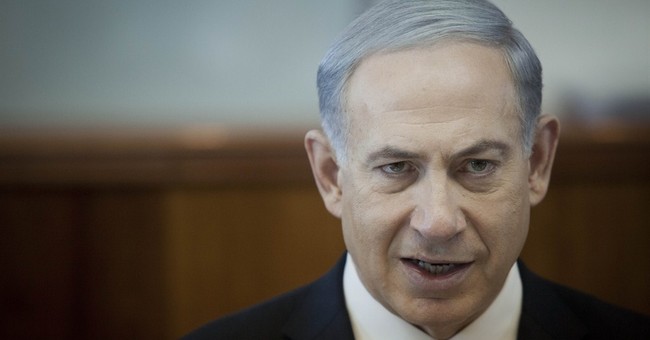 I was shocked when I read that Israel’s Prime Minister Benjamin Netanyahu would not be attending the funeral of Nelson Mandela in South Africa because it was too expensive to travel there. Seriously?

To be perfectly clear, I write these words as someone who stands with Israel and who thinks well of Mr. Netanyahu. But truth is truth, and there’s a good reason that the prime minister’s excuse for not attending the funeral has caused quite an uproar.

As reported by Christa Case Bryant in the Christian Science Monitor, the simple fact that Mr. Netanyahu did not attend the funeral was serious in itself: “While the Israeli leader's absence may have gone relatively unnoticed in South Africa, it has caused consternation in Israel. Detractors argue that missing the memorial of a man who championed freedom and brought down apartheid gives fresh fodder to critics who say Israel, too, has constructed an apartheid system and is insincere about reconciling with Palestinians after decades of conflict.”

Indeed, Middle East expert Neil Lazarus, blogging for the Times of Israel, noted that, “The anti-Israel lobby could not have wished for a better Christmas present.”

He further explained that, “To excuse yourself from attending Nelson Mandela’s memorial on the basis of expense is lacking truth and needs reconciling with the facts.”

“Amid public anger over Netanyahu’s bizarre claim that it would cost too much to attend, Jews slammed the move and expressed hope it would not diminish the outpouring of emotion from Jews over the death of the freedom icon.

“‘It’s an absolute disgrace,’ said Zev Krengel, president of the South African Board of Jewish Deputies. ‘This is the No. 1 Jewish citizen in the world and he cannot find a way to attend an event of this nature? It’s an absolute low point.’”

Certainly, it is almost impossible to believe that Israel could not afford to send its prime minister to South Africa, even considering the cost of the extra security that would be needed, and Lazarus makes this plain by examining Israeli expenditures on Mr. Netanyahu.

Why, then, the obfuscation from the prime minister? Why not simply tell the truth?

It appears that the real issue was not the expense of the trip but rather the fact that Mr. Mandela had compared the situation of South African blacks under the apartheid system with the situation of Palestinians living in the so-called occupied territories, also praising Yasser Arafat.

In an opinion piece for Al-Jazeerah, Hanna Kawas, Chairperson for the Canada Palestine Association, lamented the loss of Mr. Mandela, praising him as a great friend of the Palestinians. She noted that in 1997 he stated, “But we know too well that our freedom is incomplete without the freedom of the Palestinians,” while in 1990 he said, “I believe that there are many similarities between our struggle and that of the PLO. We live under a unique form of colonialism in South Africa, as well as in Israel, and a lot flows from that.”

In a clip played by Ted Koppel on ABC, Mr. Mandela also stated that, “We identify with the PLO because, just like ourselves, they are fighting for the right of self determination. . . . Arafat is a comrade in arms.”

And in a 1990 interview with Australian media, he said, “We agree with the United Nations that international disputes should be settled by peaceful means. The belligerent attitude which is adopted by the Israeli government is to us unacceptable,” also explaining that his organization, the ANC, does not consider the PLO a terrorist group.”

He added: “If one has to refer to any of the parties as a terrorist state, one might refer to the Israeli government, because they are the people who are slaughtering defenseless and innocent Arabs in the occupied territories, and we don’t regard that as acceptable.”

Now, there are ready replies to these very serious charges. (Click here for my lecture, “Is Israel an Evil Occupier?” For my radio debate with Rev. Dr. Stephen Sizer on the question of “How Christian Is Christian Zionism?,” click here. For the question of Israel being an apartheid state, click here.)

The issue is that Mr. Mandela’s views on these subjects were well-known in Israel, even though for years he had “enjoyed warm relations with South Africa’s Jewish community and worked closely with Jews within his movement.” And this means that Mr. Netanyahu’s excuse for not attending the funeral ring all the more hollow.

It would have been far better for him to attend, sending a message that, just as Mr. Mandela left a legacy of reconciliation, the leader of Israel wanted to send a similar message of reconciliation. And by attending the funeral, he could have subtly said to the world, “We come to honor a great leader who was critical of my own nation, but my presence here sends a message that we are not the people many of you think we are.”

What if conscience did not allow Mr. Netanyahu to attend? Then he could have said, “The nation of Israel pays its deepest respects to Nelson Mandela and to his victory over apartheid. At the same time, because we knew him to be a strong critic of our nation, we thought it best to honor his memory by not attending.”

In short, Prime Minister Netanyahu could have said almost anything other than that he was staying away because the cost of attending the funeral was prohibitive. To do so besmirches both Nelson Mandela and Benjamin Netanyahu in one fell swoop.