The George Zimmerman Trial in Black and White 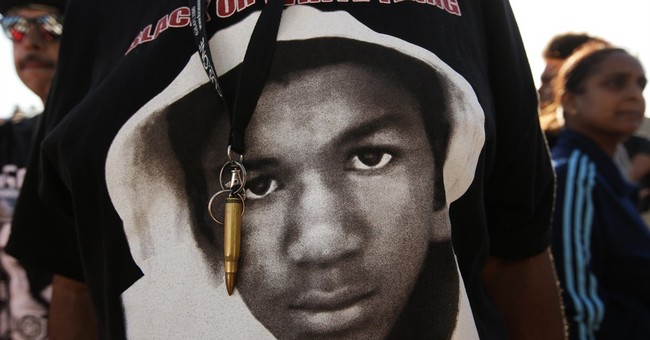 The “not guilty” verdict in the George Zimmerman trial for the killing of Trayvon Martin has revealed gaping holes and massive fissures in our nation, much to the shock of many. All this in 2013, and with a black president at that?

At times like this, both sides tend to become more polarized, which makes things even worse. Instead, we need to step back, take a deep breath, and listen to each other, recognizing that all of us have blind spots and all of us, to one extent or another, are products of our environment and upbringing.

Here is a typical, polarized conversation between the pro-Trayvon and pro-Zimmerman camps, labeled here A and B.

A: “Once again, an African American is deprived of justice. How many more times must this happen before things change? A black teenager on his way home from the store with Skittles is shot dead by an overzealous community watchdog. A jury with 5 white women and one Hispanic woman exonerates the killer so he can walk away scot free. This is 21st century America? This is justice?”

B: “Justice? What are you talking about? George Zimmerman acted in self-defense when he was assaulted by a strong young man who had a checkered past. His head was being bashed on the concrete. He was fighting for his life – and if not for illegitimate pressure from an overreaching government, no charges would have ever been pressed. As it is, justice was served, even by an all-female jury who would have likely leaned towards the young victim.”

A: “What? Are you blind? Do you honestly believe that if a white (or even light Hispanic) teenager was shot dead by a black ‘watchdog’ zealot – really, a failed, wannabe cop – that the police wouldn’t have arrested him on the spot? That charges wouldn’t have been filed against him? That this wouldn’t have been another cause cèlébre pointing to the horrors of alleged black on white violence? What world are you living in? And how dare you make Trayvon Martin into some kind of criminal.”

B: “You’ve got to be kidding me. The proportion of black on white violence dwarfs any white on black violence, but the reason you don’t hear about it is because of the glaring bias of the media. Blacks killing whites in cold blood isn’t big news. But now, with a black president who has a chip on his shoulder and a racially motivated Attorney General, not to mention the Al Sharptons of this world, this case is being used to open old wounds and deepen race divisions in our nation. That’s what liberals do. That’s how they advance their agenda.”

A: “That is the most sickening, bigoted nonsense I have ever heard. A young man lost his life for no good reason. A family is grieving. The killer doesn’t even have to serve a month in prison, even though he instigated the whole thing, even though he was the one carrying a gun, even though he failed to listen to the 911 operators. And you dare make this into a political issue? Trayvon Martin was racially profiled, and that’s why he was dead. You can live in denial, but that doesn’t take away the pain.”

B. “Denial? Me living in denial? Do you know what it’s like to work hard to earn your money only to have some outlaw kids break into your home to feed their drug habit? Do you know what it’s like to be mugged in broad daylight by some thug who thinks he deserves what you have? And do you happen to know that in my neighborhood, 90% of the crimes are committed by African Americans? What you call racial profiling is what I call common sense, and I for one am glad that courageous people like George Zimmerman are out there protecting our neighborhoods. He should be given a medal.”

A. “You’re right! Maybe the KKK can give him a medal. Or maybe they can give him training in lynching so he doesn’t have to claim self-defense. If you had a working brain – or, at least, a beating heart – you would shut your mouth, look at your own people’s history, talk to some African Americans over a cup of coffee – don’t worry, they won’t try to mug you or steal your wallet – and ask them to tell you about their world, about corrupt cops and morally bankrupt judges, about parents being beaten in front of their children’s eyes without consequence, about the seething frustration black Americans have lived with for decades – no, centuries – and then you would understand why we are so outraged today.”

B. “But don’t you see how the pendulum has swung, how the race card is now played constantly, how there is reverse discrimination in our society – from the college campuses to the media – how, in recent elections, white voters were intimidated by Black Panthers without consequence? And if life is so precious – and I agree that Trayvon’s death is a terrible shame – where are men like Jesse Jackson and Ben Jealous speaking out about black on black violence, now at an epidemic level in America? And what are they doing to stop it?”

And on and on it goes. Yet there is some truth to both sides and some wrong thinking on both sides, and until we sit down and listen to each other, not to prove our point but to understand the other side (I’m talking about the rational voices on each side), America’s racial and social divide will only get worse.

Who will take the first step to initiate the conversation?