Michael Brown  |  Feb 19, 2013
The opinions expressed by columnists are their own and do not necessarily represent the views of Townhall.com.
Top Columns
Trending on Townhall Media

According to a major study carried out by a New Zealand university over a period of more than 20 years, “Children who watch excessive amounts of television are more likely to have criminal convictions and show aggressive personality traits as adults.” Is that really a surprise?

The study, which was just published in “Pediatrics,” a USA journal, “found a strong correlation between childhood exposure to television and anti-social behaviour in young adults.”

Carried out by the University of Otago, the “study tracked the viewing habits of about 1,000 children born in the early 1970s from when they were aged five to 15, then followed up when the subjects were 26 years old to assess potential impacts.”

Some of the conclusions of the study could have been expected. For example, the study “found excessive TV viewing was linked to aggressive personality traits and an increased tendency to experience negative emotions.” The study also indicated that, “the links remained statistically significant even when issues such as intelligence, social status and parental control were factored in.”

So, all things being equal, excessive TV-watching by kids has a deleterious effect on their lives. But of course! If Joey is playing chess and Sally is learning to cook with Mom and Jane is reading a historical novel and Jeremy is building a tree house and Billy is watching TV trash by the hour, how could Billy develop into his full potential?

Unremarkably, the study reported that “it was possible that children learned anti-social behaviour by watching it on TV, leading to emotional desensitisation and the development of aggressive behaviour.” It also said that “the content of what children were viewing was not the only factor, highlighting the social isolation experienced by those who spent hours watching the box.”

Yes, the study observed, “These mechanisms could include reduced social interaction with peers and parents, poorer educational achievement, and increased risk of unemployment.”

Again, this is not rocket science, but having hard data like this, compiled over a period of decades, goes a long way to silence those who claim that there is little or no connection between media violence and real-life violence and anti-social behavior.

But there’s more. According to Bob Hancox, co-author of the study, “The risk of having a criminal conviction by early adulthood increased by about 30 percent with every hour that children spent watching television on an average weeknight.”

What a sobering statistic. The child who watches four hours of TV per night has a 120 percent better chance of having “a criminal conviction by early adulthood” than his peers who watch no TV each night. (For those skeptical of these figures, remember the data cited at the beginning of this article: The study “tracked the viewing habits of about 1,000 children born in the early 1970s from when they were aged five to 15, then followed up when the subjects were 26 years old to assess potential impacts.”)

Yet there’s more still. “Hancox said the study concentrated on children’s viewing habits in the late 1970s and early 1980s, before the advent of personal computers, and further research was warranted into how such technology affected subsequent behaviour.”

How much more anti-socialization exists in our society today with the advent of the PC, video games, smart phones, and the like? How many kids today know how to text but not how to talk? How many young people live almost isolated from face to face interaction with their friends and neighbors except for electronic communication or virtual reality?

And then there is the issue of violent content available via PC and internet. As Hancox noted in an interview on Radio New Zealand, “If you’re playing a computer game that not only exposes you to a lot of violence but actually simulates shooting people then that may be even worse, but I don't have any data on that.”

I think we could save the university the trouble of producing another multi-year study, one that will be outdated before it can be completed. We could simply say, “Take all the data you have about the negative effects of excessive TV watching among kids and multiply it when it comes to total immersion in virtual reality violence.” This way, rather than waiting another 20+ years to confirm what most of us already surmised, we can start to face reality head on.

TV was never a good babysitter. Violent video games – and other asocial media – are an even worse babysitter. This important study from the University of Otago has reinforced what we knew and told us even more than we wanted to know, and while critics of the study will surely tell us that it is terribly flawed, our gut tells us otherwise. 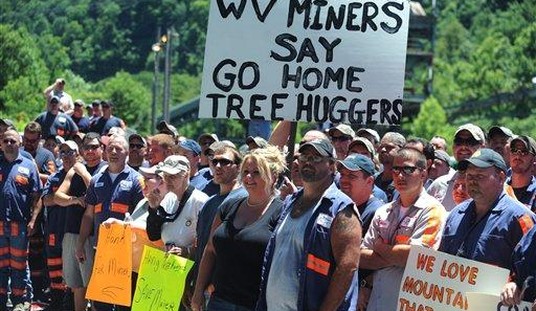 Dr. Fauci: ‘Good Without a God’ Creates a Frankenstein Will Alexander
Trending on Townhall Video