Opposing Common Core: A Losing Issue, Even in GOP Primaries 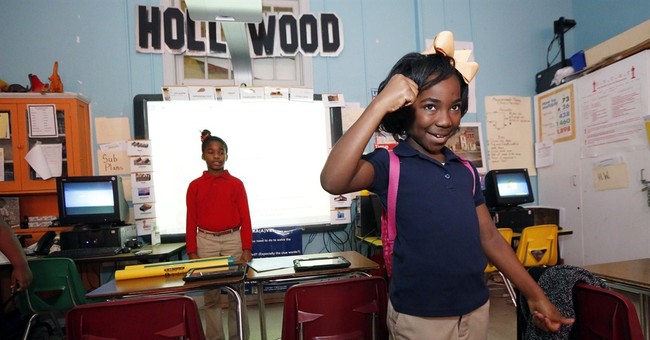 Editor's Note: This column was co-authored by Michael Petrilli.

Ever since election results from May 5th were finalized, a number of voices have loudly touted cherry-picked upsets—namely, the primary defeats of two incumbent Republicans in the Indiana legislature—to build what they want to present as a larger narrative of rising opposition to Common Core. This narrative is misleading. In fact, the GOP primary results from throughout this month showed, if anything, that opposing Common Core is not a ticket to office for a right-flank challenge to an incumbent, and the efficacy of attempts to take out Republicans from the right is vastly overrated. By the same token, there is mounting evidence that sitting Republicans who support Common Core will continue to be supported by their conservative base.

The activists hyping the Indiana routs only tell half the Hoosier primary story. It should be noted that the defeat of state Reps. Kathy Heuer and Rebecca Kubacki were as much about social issues as education reform, and anti-Common Core activists were pointedly less successful elsewhere in the Hoosier State. Republican state Rep. Robert Behning, an early supporter of Common Core in Indiana, won his primary against challenger Mike Scott, who campaigned vigorously against the standards and other productive elements of education reform. At the same time, GOP state Sen. James Merritt triumphed in his primary contest over Crystal Lamotte, who encouraged her supporters with the provocative message, “We need one last show of support against Common Core!”

In neighboring Ohio, incumbent state Rep. Stephanie Kunze notably defeated anti-Common Core candidate Pat Manley. Meanwhile, Kellie Kohl of Ohioans Against the Common Core lost her state Senate primary to Republican Shannon Jones, whom Kohl emphatically attacked for supporting Common Core, by the whopping margin of 69.5 to 30.5. If the conservative base of the Ohio Republican Party is champing at the bit to throw out Common Core and embrace a hardline Tea Party message, they have an exceptionally confounding way of showing it.

Down in North Carolina, the anti-Common Core agenda proved as woefully out-of-touch with Southern conservative voters as with their Midwestern peers, which was evidenced by the only two incumbents who lost their primary battles. In District 80, challenger Sam Watford made the remarkable claim that “not all the best ideas are conservative ideas” and defeated incumbent Republican Roger Younts, who leans hard right. In District 95, “business conservative” challenger John Fraley abruptly curtailed the political career of incumbent Robert Brawley, who is more aligned with the Tea Party and had been an outspoken critic of statewide (and national) establishment GOP candidate Thom Tillis.

The most recent primary results, from May 20, have further demonstrated that opposing Common Core does not win with conservative GOP voters.

In Georgia, Gov. Nathan Deal – who has preserved the standards in his state – crushed a vocal anti-Common Core challenger by a whopping 55 points. In the U.S. Senate race, David Perdue garnered the most votes in a crowded primary and a spot in the runoff despite having expressed support for the intent of Common Core and being the cousin of Sonny Perdue, the former governor who approved Common Core in the first place. State House Education Chairman Brooks Coleman (R-97th), a staunch supporter of Common Core, sailed comfortably past his anti-Common Core challengers in a race focused on the education standards without even triggering a runoff.

Out in Idaho, Republican Gov. Butch Otter has been a strong and persistent proponent of Common Core, like conservative Republicans in other Red States. He comfortably defeated his primary challenger Russ Fulcher, a zealous opponent of Common Core. Like Gov. Deal, Gov. Otter is widely expected to win reelection in November.

In Arkansas, incumbent State Rep. Randy Alexander was hailed by the group Arkansas Against Common Core as, “Our beloved champion and sponsor of our legislation.” His primary challenger Lance Eads is a vice president of the local Chamber of Commerce, the national version of which is widely known for its support for Common Core. Eads defeated Rep. Alexander in the primary by 58-42 percent.

All of these facts align well with the recent findings from Republican pollster John McLaughlin that most voters—including conservative voters in Republican primaries—are not opposed to this state-led, teacher-supported attempt at education reform. The poll found support for the standards overall and even strong support among Republican primary voters (59-35 percent) who were read a neutral description of the standards. More to the point, the poll indicates that more conservative Republican primary voters would vote for a candidate who supports Common Core over a candidate who fights against it. Given this reality, it’s not surprising that conservative Republicans in states such as Alabama, Arizona, Florida, Kentucky, Louisiana, and Tennessee have rejected attempts to overturn the Common Core.

Even Indiana, the state that was initially deemed the “first state to pull out of Common Core” has adopted standards that are quite similar to the Common Core though worse in the opinion of both supporters and opponents alike. Thus far states are not exactly rushing to follow Indiana’s lead and, in fact, Kansas—a state very recently thought to be on the verge of making significant changes—closed out its session by choosing to stay the course with the Common Core.