Michael Barone
|
Posted: Jan 21, 2022 12:01 AM
Share   Tweet
The opinions expressed by columnists are their own and do not necessarily represent the views of Townhall.com. 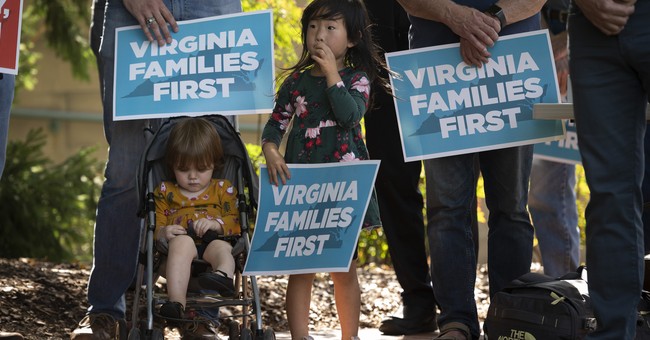 "California should abolish parenthood, in the name of equity." That's the headline of a Ventura County Star column by Zocalo Public Square's Joe Mathews. "Want true equity?" the San Francisco Chronicle headlined the same column three days later. "California should force parents to give away their children."

The column's thesis was not mischaracterized by either headline writer. (It's a longstanding practice in journalism that reporters and columnists don't write headlines. Nonjournalists find this bizarre, but that's the way it has always been.) Mathews points out that advantaged parents pass on their advantages to their children.

The "solution," he says, is "making raising your own children illegal." Or "universal orphanhood," as he writes a few paragraphs down. "Handovers of babies" would be mandatory. In support, he cites the Greek philosopher Plato (children should be "possessed in common") and California Gov. Gavin Newsom (policy should be formulated through "an equity lens").

Random Twitter sightings indicate some very smart conservatives are taking this column or the headline both literally and seriously, and perhaps some California-style lefties are as well. They are not tipped off by the writer's insistence that his proposal is "modest" -- an obvious reference to Jonathan Swift's 1729 "Modest Proposal" essay advocating that the children of the poor be sold to feed the rich.

Disclosure: I know Mathews and have spoken to his Zocalo group. I have known his parents since we were on the college newspaper together many years ago, and I immediately recognized in his column a familiar sense of humor and turn of phrase. Parents, by some combination of nature and nurture, do tend to pass on some traits to their children.

Mathews' article, properly understood, is an argument that no society can have all good things at once. That there is not a direct conflict but a definite tension between the sets of ideas that are subsumed into the political labels of "family" and "equity."

You see this in the vulgar political arena where cultural conservatives have long invoked "family values" and where woke progressives have increasingly demanded not just "equality" of treatment but "equity" in results.

You see it also in the exalted world of academic theory. The political scientist John Rawls shaped the view of many liberals with his insistence that society should be governed by rules devised as if we had no knowledge of our positions in life, what he labeled his "original position."

It follows, Rawls argued, that government should always redistribute from those with much to those with little and provide all citizens with guaranteed equal incomes and wealth, even at the cost of inefficiency and impoverishment.

The problem with Rawls's philosophy is that people are not, never were and never will be in his "original position." They are born, as any parent can tell you, with differing inclinations and capacities. They are shaped inevitably by parents or caregivers, and they are favored or disfavored by circumstances beyond their control.

The result is that even the fairest and most open society does not have perfect social mobility. Those who start off with advantages (rich and/or intelligent parents) are more likely than others to end up with similar advantages. These are tendencies, not certainties; many individuals rise above disadvantages or squander advantages.

Riches and brains aren't the only advantages. Copious research over the years shows that people raised in two-parent families do better, on average, than those who are not.

Mathews' point is that a single-minded pursuit of equity means abolition of the family. But most voters reject that. Even Israel's communal kibbutz movement sputtered out long ago.

But some Democrats have been insisting "equity" comes before "family."

"I don't think parents should be telling schools what they should teach," former Virginia Gov. Terry McAuliffe proclaimed in debate. Most voters disagreed. McAuliffe lost to Republican Glenn Youngkin in a state President Joe Biden carried by 10%.

Similarly, the Michigan Democrats tweeted last week that "the purpose of a public education" is to teach kids "what society needs them to know." Oops. The party quickly deleted the tweet and admitted that "parents need to have a say in their children's education."