Michael Barone
|
Posted: Jun 27, 2020 12:01 AM
Share   Tweet
The opinions expressed by columnists are their own and do not necessarily represent the views of Townhall.com. 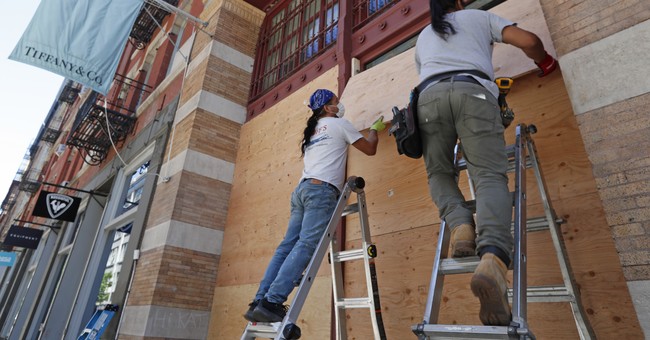 "What gives urgency to debates about race in America today -- and what drives the reparations movement, are two basic facts," Walter Russell Mead writes in the Wall Street Journal.

The first, he says, is that "The median white household has a net worth of $171,000, roughly 10 times the median net worth of black households." The second is that the gap "is essentially unchanged from the levels of 1962." The persistence of this gap advances the case, advocates say, for racial reparations.

Like Mead, I find the case unpersuasive, and for reasons beyond those he mentions. For one thing, dollar measures of wealth, like Mead's and like those reported annually by the Federal Reserve, can be misleading.

That's because wealth accumulation is a lifelong process. A large majority of Americans in their 20s have zero wealth; with college loan and consumer debt, the median 20-something may have a negative net worth. This is a feature, not a bug, of a sensible economic system. We don't want young adults to start off with significant wealth.

Overall figures are less helpful because they include all age groups and thus include many who have not yet accumulated significant wealth. They also tend to slightly overstate the racial gap in wealth accumulation, since Blacks are on average younger than whites. They are also less likely to live in married-couple households, which tend to accumulate wealth more than households headed by the single and divorced.

But let's assume that the white-Black wealth gap in the peak wealth-accumulation age group is basically the same 10-1 gap Mead mentions. Why should it be so great?

Most wealth is accumulated in one of two forms, residential real estate and financial instruments. In both areas, Blacks face significant difficulties in accumulating wealth.

And violent crime depresses housing values. How much? Not just marginally. The gap Mead cites -- $117,000 median wealth for whites, about 10 times the $17,100 for Blacks -- is not dissimilar to the gaps in housing values for similar structures in many Black neighborhoods in Detroit (to take one example) and one of its modest-income largely white suburbs, Roseville. Compare the Zillow values for Roseville in Macomb County ($119,331) to, just a couple miles away, those of the Detroit ZIP code 48234 ($27,541).

"Violence and crime are a confiscatory tax on what people would otherwise earn and accumulate over a lifetime," I wrote in a Washington Examiner column early this month. It is a fact, tragic and regrettable, that Blacks are much more likely than non-Blacks to commit violent crimes, and that violent crime rates in heavily Black neighborhoods tend to be much higher than average. Homebuyers are simply not willing to spend as much money (and to invest as much in what may be their greatest opportunity for wealth accumulation) on houses in neighborhoods with five to 10 to 15 times the violent crime rate of many alternatives.