Time for Humility for Davos Elite

Michael Barone
|
Posted: Feb 01, 2019 9:00 AM
Share   Tweet
The opinions expressed by columnists are their own and do not necessarily represent the views of Townhall.com. 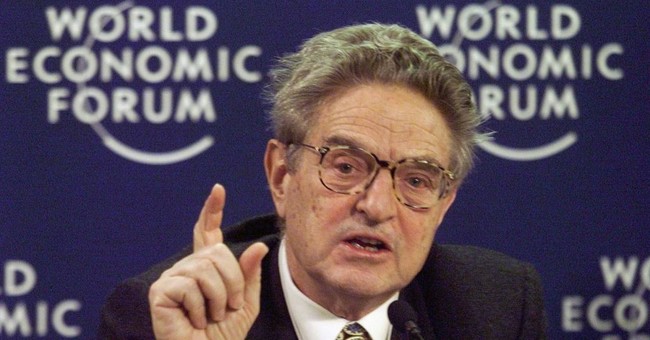 Turnout at Davos was lousy this year. President Trump, preoccupied by the government shutdown, was a no-show at last week's World Economic Forum there. So were British Prime Minister Theresa May (Brexit) and French President Emanuel Macron ("gilets jaunes"). Chinese President Xi Jinping, Davos' 2018 star, and Russian President Vladimir Putin weren't there either. Neither were some of the usual financial and media big names.

From all of this, you might get the impression that the world's political, financial and media elites have lost much of their prestige these days, which, of course, they have.

It's an enormous contrast with elites' sunny confidence, over much of the quarter century after the fall of the Soviet Union, that they could remake the world, that "liberal democracy, market-based economic systems and the rule of law would spread from the West into the post-Communist East as well as the Global South," in Walter Russell Mead's words. That hasn't worked out quite as expected.

Consider Mexico. The NAFTA trade agreement was proposed by the Reagan administration, negotiated by the Bush administration and ratified by the Clinton administration, with plenty of support from both parties, especially Texans (Lloyd Bentsen, the Bushes) close to the border. They hoped to make Mexico more like the United States, and to regularize Mexican immigration.

There has been some convergence, with life in much of Mexico resembling Texas, but also with large parts of California resembling Mexico. Illegal immigration surged up until the 2007 economic crisis.

Even more ambitious was the bipartisan elites' project of bringing China into the world trading system. The hope was that an increasingly prosperous Chinese populace would demand more freedom and democracy. That hasn't happened; instead, Xi Jinping has regressed toward one-man rule.

Meanwhile, serious academic studies have substantiated non-elite charges that Chinese imports have cost America hundreds of thousands of manufacturing jobs. In return, American consumers have been able to buy clothes, toys and gadgets at increasingly low prices. But for many, it is at the cost of the dignity and sense of self-worth achieved by earning a paycheck.

The chief project of European elites, the "ever-closer" European Union, has arguably worked out worse. The Euro currency that was supposed to tie Europe together has instead (as former British Prime Minister Margaret Thatcher predicted) widened the rift between the Mediterranean countries and an increasingly dominant Germany. Britain voted for Brexit -- leaving the EU -- in 2016, and elites, despite astonishing contempt for voters, have so far failed to reverse that verdict.

The elites' intentions with respect to Mexico, China and the EU were good, and the results have, by no means, been altogether bad. But they have been disappointing, and there is a common thread through the disappointments.

In each case, these elites have underestimated the force and persistence of national cultures. These "people from nowhere" -- in British author David Goodhart's phrase -- have underestimated the ties that "people from somewhere" have to national traditions and ways of life. You can't just snap your fingers and make Mexicans into Texans, make Chinese state-owned firms behave like American corporations, make Italians obey rules like Germans.

Perhaps the success of American military leaders in transforming post-World War II Germany and Japan turned out to be misleading. Those two countries drew on ethical and parliamentary traditions rooted in those societies and not wholly destroyed by short periods of dominance by Nazi thugs and murderous militarists. Mexico and China have different traditions, and there is no vital tradition of European unity.

If you say that competition from low-wage workers in Mexico and China might cause substantial job loss in the United States, you are told what every college grad learns in Economics 101 (but what sounds counterintuitive to non-college grads), that free trade benefits both importers and exporters. You can argue that Mexican immigration and Chinese job competition peaked before 2007, but they still obviously rankle many voters.

So the political, financial and media elites have taken beatings at the ballot box -- Brexit, Trump, anti-establishment European rebellion parties. The 1990s elite projects and policies were not crazy, but their failures to make course corrections and their lack of respect for decent nationalism have been costly. Something to talk about if they slink back to Davos next year.