The Collapse of the Political Left

Michael Barone
|
Posted: Dec 08, 2016 11:14 AM
Share   Tweet
The opinions expressed by columnists are their own and do not necessarily represent the views of Townhall.com. 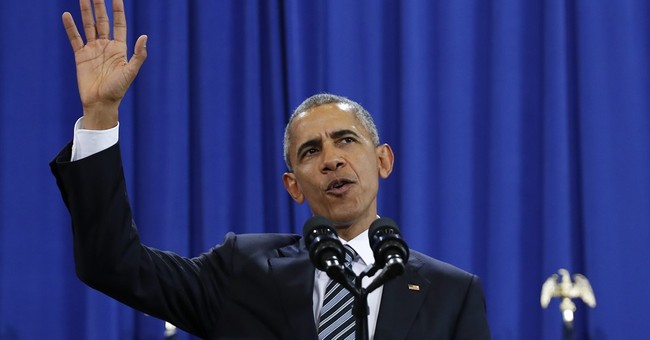 It's been a tough decade for the political left. Eight years ago, a Time magazine cover portrayed Barack Obama as Franklin Roosevelt, complete with a cigarette and holder and a cover line proclaiming, "The New New Deal." A Newsweek cover announced, "We Are All Socialists Now."

Now the cover story is different. Time has just announced -- inevitably, though a bit begrudgingly -- that its person of the year for 2016 is Donald Trump. No mention of New Deals or socialism.

It's not surprising that newsmagazine editors expected a move to the left. The history they'd been taught by New Deal admirers, influenced by the doctrines of Karl Marx, was that economic distress moves voters to demand a larger and more active government.

There was some empirical evidence in that direction, as well. The recession triggered by the financial crisis of 2007-08 was the deepest experienced by anyone not old enough to remember the 1930s. Obama was elected with 53 percent of the popular vote -- more than any candidate since the 1980s -- and Democrats won congressional elections with similar majorities, just as they had in 2006.

Things look different now, and not just because Trump was elected president. It has been clear that most voters have been rejecting big-government policies, not only in the United States but also in most democratic nations around the world.

Leftist politicians supposed that ordinary voters with modest incomes facing hard times would believe that regulation and redistribution would help them. Evidently, most don't.

The rejection was apparent in the 2010 and subsequent House elections; Republicans have now won House majorities in 10 of the past 12 elections, leaving 2006 and 2008 as temporary aberrations. You didn't hear Hillary Clinton campaigning on the glories of Obamacare or the Iranian nuclear deal, and her attack on "trumped-up trickle-down" economics didn't strike any chords in the modest-income Midwest.

Republican success has been even greater in gubernatorial and state legislature elections, to the point that Democrats hold both the governorship and legislative control only in California, Hawaii, Delaware and Rhode Island. After eight years of the Obama presidency, Democrats hold fewer elective offices than at any time since the 1920s.

Things look similar abroad. Britain's Conservatives, returned to power in 2010, are in a commanding position over a left-lurching Labour Party. France's Socialist president, with single-digit approval, declined to run for a second term. European social democratic parties have been hemorrhaging votes and got walloped in Sunday's Italian referendum. In Latin America and Asia, the left is declining or on the defensive.

Overall, history is not bending toward happy acceptance of ever larger government at home, nor is it moving toward submersion of national powers and identities into large and inherently undemocratic international organizations. The nation-state remains the focus of most people's loyalties, and in a time of economic and cultural diffusion, as Yuval Levin argues in his recent book "The Fractured Republic," big-government policies designed for an age of centralization have become increasingly dysfunctional.

Obama doesn't seem to have noticed this, though maybe he did at some point between 9 and 10 o'clock on election night. Shrewder center-left politicians who have shown they know how to win elections have. Bill Clinton urged his wife's campaign managers to put her out in rural areas so she could speak to voters' concerns there. The 30-something geniuses she installed in her trendy Brooklyn headquarters thought they knew better.

Former British Prime Minister Tony Blair, speaking in Washington this week, said, "We have to pay attention to culture and identity." He argued that in response to Islamic extremism, "political correctness can't get in the way."

Such advice suggests a sharp shift in current leftist strategy, which includes "identity politics" appeals to minorities at home and obeisance to the wisdom of supranational entities, such as the Paris climate change conference and the European Union.

What's missing in that is a concentration on the interests of one's own citizenry. To the left, that smacks of nationalism, which some seem to regard as only a baby step away from Nazism.

It's not. The United States Constitution was designed to provide a framework in which rights are guaranteed and voters in states can choose policies in line with their different backgrounds and beliefs.

Donald Trump's victory means the left can't jam its policies down on the whole nation -- and gives it the incentive to develop policies acceptable to not only its own base but also voters among whom it fell agonizingly short this year.