Is Team Clinton Booting the Election?

Michael Barone
|
Posted: Nov 04, 2016 12:01 AM
Share   Tweet
The opinions expressed by columnists are their own and do not necessarily represent the views of Townhall.com. 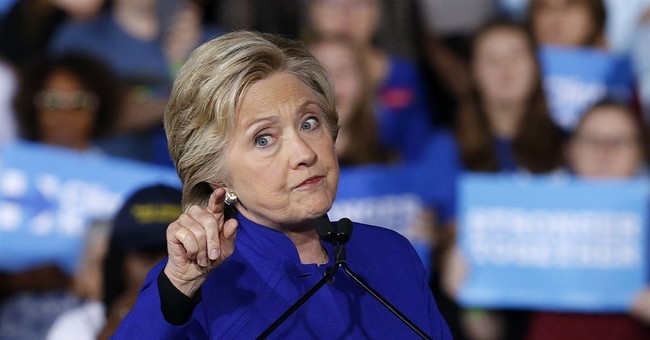 Trending
In my Nov. 1 column, I looked at the presidential election through the lens of the old children's radio show "Let's Pretend" -- examining how things would look if it turned out that Donald Trump ends up winning.

That would have required lots of pretending until recently. Two weeks ago, Hillary Clinton led Trump by 6 percent in the RealClearPolitics average of recent polls. That lead is now 1.9 percent. RCP state polling averages then had Clinton ahead by 128 electoral votes. Now the estimated count is 273 to 265.

These numbers may overstate the closeness of the race. Nate Silver's FiveThirtyEight, which weighs poll results by various factors, gives Trump a 31 percent chance of winning. Other polling websites peg his chances as significantly less.

But obviously, something has changed. FBI Director James Comey's announcement Oct. 28 that the investigation into Clinton's non-secure emails as secretary of state was resuming undoubtedly contributed to it. And the race may already have been tightening after the announcement of what Trump might call yuuuuuge Obamacare premium increases.

After all, Clinton is seeking a third Democratic term, though the signature policies of the current Democratic president -- Obamacare, the Iranian nuclear deal -- have always been unpopular.

The response to the Comey announcement of those on Team Clinton -- which includes many of the mainstream media, as well as the Clinton campaign -- reeked of panic. They clearly didn't see this coming.

The first response was to attack Comey for addressing his letter only to Republican members of Congress. In fact, it was addressed, in line with typical executive branch practice, to the appropriate committee members of both parties. An unforced error or, as the British would say, an own goal.

Then came an attack on Comey for violating Justice Department "protocol" -- a word used a dozen times by vice presidential nominee Tim Kaine in one interview.

But of course, Team Clinton didn't object to Comey's violating protocol July 5 when he announced he wouldn't recommend criminal charges against Clinton for violating email rules and lying repeatedly about it. He said that "no reasonable prosecutor" would bring such a case, even though no reasonable judge would quash an indictment under Title 18, Section 793(f) of U.S. Code based on the facts he alleged.

My theory is that Comey was placed in an impossible position by the June 27 Phoenix tarmac meeting between former President Bill Clinton and Attorney General Loretta Lynch, a meeting that was surely intended to be secret but was revealed apparently because a TV reporter had a good source in the private jet terminal.

By meeting with the spouse of a candidate under criminal investigation, Lynch revealed herself to be a political hack. Her Justice Department's refusal to summon a grand jury and sweetheart deals with key witnesses strengthen that view.

So Comey, head of an investigative agency, was obliged to make a decision that would ordinarily be made by a prosecutor. Like a local judge asked to enjoin a party's national convention delegates, he evidently didn't consider it his job to determine who should be a presidential nominee.

Team Clinton cheered that violation of protocol. The Oct. 28 letter required a "1984"-style flip-flop from those in the Clinton camp. They said, in effect, "We have always been at war with the protocol-violating James Comey."

Did Team Clinton think its candidate would win a contest over honesty and integrity with an FBI director it had recently praised? That looks like political malpractice.

Media members of Team Clinton chimed in with articles claiming that Clinton was being criticized only because she is a woman -- an absurdity because the criticisms pertain to her specific acts. It's a Clinton thing, not a female thing, to violate email rules and lie repeatedly about it.

In response, Trump uncharacteristically has campaigned on substantive issues, rolling out an arguably serious plan to repeal and replace Obamacare.

Polls still show Clinton ahead -- but by margins similar to the British polls showing Brexit losing and smaller than those in 2015 polls showing Conservatives wouldn't win a majority in Parliament. Those elections came out the other way.

So maybe we're in my pretend world. If so, a Clinton loss would validate my old rule that nothing is free in politics; there is just some question about when you pay the price.