Bernie Sanders Wins, Even While Losing

Michael Barone
|
Posted: Jun 10, 2016 12:01 AM
Share   Tweet
The opinions expressed by columnists are their own and do not necessarily represent the views of Townhall.com. 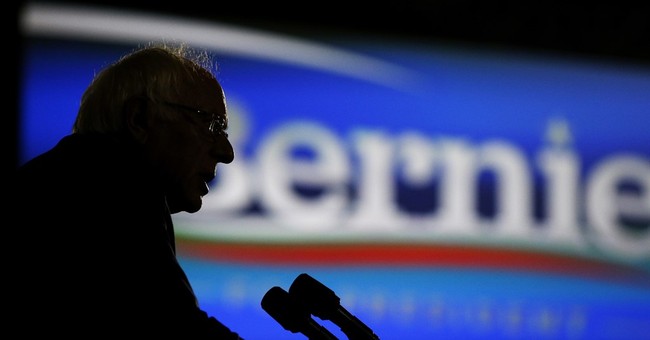 Bernie Sanders is not going gently into that good night, at least not yet.

After hearing Monday from the Associated Press that Hillary Clinton had clinched the nomination, after absorbing Tuesday night a solid defeat in the California primary and losses in three other states, Sanders was still pledging to go on campaigning for the District of Columbia's 20 delegates in its primary next Tuesday and to fight on until the Democratic National Convention opens in Philadelphia July 25.

It's possible to ridicule Sanders' protests that he can still win the nomination of a party of which he's never been a member. But give him credit. He won 42 percent of the popular vote in primaries against Hillary Clinton and a whopping 62 percent of the votes cast in caucuses.

He carried 23 states, from Maine to Hawaii, and came within 2 percent of carrying five others. He carried or came close to carrying white Democrats nationally.

More importantly, he moved Hillary Clinton -- and the Democratic Party -- well to the left.

Clinton reversed previous positions and came out against the Trans-Pacific Partnership trade agreement and against the Keystone XL pipeline. She promised that she would effectively end fracking, which has sharply reduced oil and natural gas prices, and would discourage the mining of coal.

She came close to matching Sanders' promise of free college. She repudiated her husband's 1994 crime bill and his support of financial deregulation. Yes, a second President Clinton could and probably would welch on some of these promises.

But she's not going back to the first President Clinton's policies.

Sanders can claim credit for moving the Democratic Party closer to his own political creed, socialism, than any Democrat has cared or dared to do before. He did so with the critical help of young voters, the millennial generation, who voted about 80 percent for him against Clinton -- and for whom, multiple polls suggest, his self-proclaimed socialism is not a bug but a feature.

The promise of what Mitt Romney infelicitously called "free stuff" may account for some of the attractiveness of socialism to Americans too young to have any living memory of the collapse of communism and to have been taught a history that emphasizes the iniquities of oppressive Western societies. Hey, free college and free health care don't sound so bad.

Those who have actually had experience with government-run economies feel differently, as one can see from recent political results in Latin America.

In Venezuela, the socialism of the late President Hugo Chavez and his chosen successor, Nicolas Maduro, has destroyed the oil-rich nation's economy, to the point that toilet paper, groceries and medicines are simply unavailable, crime has soared to world-high rates and pro-government thugs crack down on protesters. Voters elected an opposition legislature, but Maduro is defying the law to stay in power.

Peru has just had a close presidential election between two candidates both described by Reuters as "business friendly."

Or look at Sanders' favorite example, Scandinavia, where governments have, as Emily Elkins and Joy Pullman write in The Federalist, "opened their economies to free market forces in the 1990s, sold off state-owned companies, eased restrictions on business start-ups, reduced barriers to trade and business regulation and introduced more competition into healthcare and public services."

You didn't hear much about these developments in the Democratic primaries and caucuses. Nor did you hear much about the dismal performance of government here in everything from veterans' hospitals to Washington's Metrorail. You just heard bland assurances that an expanded government could provide free goodies without perceptible costs or glitches.

Hillary Clinton's leftward lurch in response to Sanders may not prevent her from beating Donald Trump. But it may not serve America or the Democratic Party well in the long run.