Two Impossible Things That Could Happen in 2016 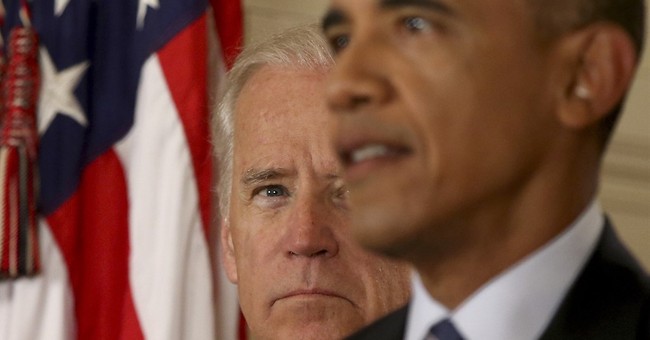 "I daresay you haven't had much practice," the Red Queen replied. "When I was your age, I always did it for half an hour a day. Why, sometimes I've believed as many as six impossible things before breakfast."

You may be reading this sometime after breakfast, and six is a pretty large number of impossible things. But looking at developments in the 2016 campaign, I can see two impossible things -- impossible in the sense that almost every pundit (including me) ruled them out -- that might happen in the weeks and months ahead.

The first impossible thing is that Hillary Clinton might stop being the undisputed frontrunner for the Democratic nomination.

There have been two good reasons for believing this to be impossible. One is that even in the swirl of the email controversy, a very large majority of self-identified Democrats continue to have positive feelings about Clinton. That includes the 25 percent or so nationally and the 40 or so percent in New Hampshire who say they'd vote for Bernie Sanders right now.

That shows that one Democratic constituency -- the Birkenstock Belt -- is willing to consider an alternative. What would happen if another -- black Democrats -- should prove willing to do so as well?

The answer: disaster for the Clinton campaign. As fivethirtyeight.com analysts have pointed out, even if Clinton loses Iowa and New Hampshire, the next big set of contests come in Southern states, where blacks make up nearly half or more of Democratic primary voters. And black voters tend to coalesce, in primaries as well in November, for one candidate.

That's a rational response for people who are self-conscious members of a persecuted and discriminated-against minority. In the past, black Democrats have been nearly unanimous for one candidate even over another who has strong claims on their support -- e.g., Robert Kennedy over Hubert Humphrey in 1968 and Barack Obama over Hillary Clinton 40 years later.

Right now, Clinton has the kind of black support Humphrey would have had if Kennedy had not run. But what if Joe Biden entered the race with the explicit or strongly implied support of President Obama?

Maybe that could happen. On Monday, White House Press Secretary Josh Earnest said he "wouldn't rule out the possibility of an endorsement" in the primary and added that "no one in American politics today" knows more about running for president than Biden and that Obama considered his Biden VP pick as "the smartest decision that he has ever made in politics." Hmm.

The second impossible thing that could happen is a vast expansion of the Republican primary electorate -- and general election turnout. Sparked, at least initially, but not necessarily permanently, by Donald Trump.

The New York Times reported last week that other Republican candidates' strategists discount Trump's current poll leads on the grounds that the polls "rely on feedback from many Republicans who are unlikely to vote" because they aren't registered Republicans or haven't voted in past primaries.

It's true that past Republican turnout has been low. In 2008, 37 million Americans voted in Democratic primaries and caucuses and only 21 million voted in Republican contests. Hillary Clinton, while losing the nomination, got almost as many votes as the three leading Republicans put together.

Similarly, many analysts blame Mitt Romney's 2012 loss on conservatives staying home. Barack Obama got 3.5 million fewer votes in 2012 than in 2008. Usually incumbents who drop that far lose. But Romney got only 1 million more votes than John McCain in 2008.

One metric we have so far suggests a huge increase in Republican votes: 24 million people watched the Republican debate in Cleveland August 6. That's almost triple the previous Republican high and double the Democrats' record -- which came in 2008, when the party's primary and general electorate expanded.

Donald Trump accounts for much of Republicans' big audience, but perhaps not all: some 6 million watched the second-tier candidates' pre-prime-time debate. The big question now is whether another candidate can entice Trump's predominantly older, non-college-graduate enthusiasts. Hmm.