With Crime Down, the Nation Moves to Ease Get-Tough Policies 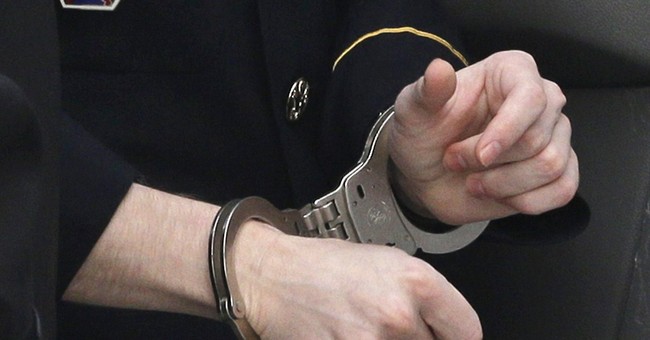 Americans change their minds on some issues. One of them is crime and punishment.

It's an interesting issue because, while it's sometimes a subject of discussion in national politics, state legislatures and governors, county prosecutors (usually elected and often prominent figures in their communities), and local government law enforcement handle it in a largely decentralized way.

Nonetheless, there are national trends. In the middle 1960s, as the civil rights movement made most Americans uncomfortably aware that they had been mistreating their black fellow citizens, or had been averting their gaze from that mistreatment, they also started to get softer on crime.

That may have arisen from an awareness that blacks -- specifically young, black males -- commit violent crimes in hugely disproportionate numbers. It is uncomfortable to say that out loud, which may be a good thing, but almost every adult American knows it's true.

In any case, in the 1960s American prison populations declined even as the numbers of crimes started rising from the very low levels of the 1930s, 1940s and 1950s.

Attitudes changed on capital punishment, too. Gallup has asked about that periodically from 1936 to 2012. The only year in which more Americans opposed than favored the death penalty was 1966.

So the result, not so much dictated by liberal elites but resulting from the decisions and actions of millions of decentralized citizens, was less aggressive -- and abusive -- policing, shorter sentences and lower prison populations.

Unfortunately, and probably not coincidentally, crime rates soared, roughly tripling between 1965 and 1975. There may have been other causes as well. Some have argued that exposure to lead paint, phased out in 1950 but still chipping off walls, may have played a role.

Crime plateaued between 1975 and 1995, spiking upward with the crack cocaine epidemic in the late 1980s. Crime -- or "law and order" -- became an issue not only in local and state politics but in national politics as well.

The Supreme Court overturned the death penalty in 1972, then allowed it in restricted form in 1976, when Gallup showed support of capital punishment had bounced back up to 66 percent, about the same as today.

Others followed his example or variants on it and crime nationally has fallen since 1995 at almost as dizzying a pace as it rose between 1975 and 1995.

Now, almost 20 years later, the decentralized system is changing again. Interesting coalitions of black liberals and religious and fiscal conservatives are arguing that we went too far.

It doesn't make sense, they say, to hold elderly felons who are no longer dangerous. And it's expensive to feed, clothe and guard them for years.

There is something discordant about mandatory five-year terms for marijuana users when voters in Colorado and Washington state have legalized the drug and medical marijuana laws elsewhere have made it easily available.

Moral issues are raised as well. We have a duty to prevent the rapes that too often occur in prisons and a duty to care about the plight of prisoners' children.

Americans still favor capital punishment, 63 percent in 2012, but several states have abolished it recently and executions in most states are rare. Perhaps more important, many states, Republican as well as Democrat, are scaling back mandatory minimum sentences and releasing prisoners earlier than previously.

I would argue not. Crime at the 1975-95 levels was truly a scourge, hurting most those stuck in high-crime neighborhoods, ruining central cities such as Detroit. Aggressive measures were needed to change behavior, and they worked.

But they also may have changed attitudes. Today's young people were babies when crime started dropping. They seem less disposed to violent crime than their counterparts a generation ago.

Getting tough on crime then made sense. Getting softer may make sense now.