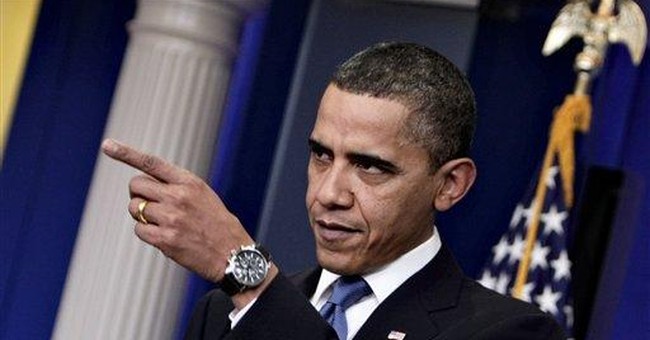 In his bestseller "Inside U.S.A.," the hugely readable journalist John Gunther described America as it was in the last year of World War II. He interviewed hundreds of politicians, businessmen and journalists, but only four men rated a separate chapter -- three politicians and Henry J. Kaiser, the California construction magnate who built dams and ships and manufactured concrete and steel and aluminum.

Kaiser was, Gunther wrote, "tough, creative, packed with ideas and energy, above all a man who likes to make things." But he was also, he noted, a "link of enterprise by government, since government was on his side."

That was putting it mildly. Kaiser hired Tommy Corcoran, a brilliant former aide to Franklin Roosevelt, to open doors and got a $645 million contract to build ships and $28 million financing to manufacture magnesium. Corcoran, according to the first-rate biography by longtime Democratic staffer David McKean, got $200,000 in fees. Believe it or not, that was a lot of money in Washington in the 1940s.

Government spent a lot of money in World War II -- and mostly spent it well. Kaiser delivered on his contracts and even managed to build ships out of concrete, most of which did not sink. But, as always happens when government is shoveling out money, lobbyists thrived.

Fast forward to the present day. Lobbyists, reports the Center for Responsive Politics, had a record 2009 in Barack Obama's Washington. Despite candidate Obama's promises to shun them, they raked in $3,470,000,000. Somewhere up there, Tommy Corcoran is chuckling.

"I know both these guys; they are very savvy businessmen," he said. "I, like most of the American people, don't begrudge people success or wealth." So much for campaign-trail denunciations of "fat cat" bankers and bloated bonuses.

From what I know, Dimon and Blankfein are in fact first-rate CEOs, as able in their way as Henry J. Kaiser. Their banks soured on mortgage-backed securities before most of their competitors and started unloading them early or, in Goldman's case, getting them insured by AIG (and getting the government to pay 100 cents on the dollar for them, thanks to Treasury Secretary Timothy Geithner, then head of the New York Fed). They paid their TARP money back as fast as they could, with interest.

But the savviness that Obama handsomely acknowledged has been evident not only in their business judgment but in their politics. Goldman employee contributions to Democrats in 2008 ranked second only to those employed by the University of California. JPMorgan Chase's employees ranked No. 7. The stereotype of Wall Street being Republican is decades out of date.

Crony capitalism is now the order of the day in the United States. The government and the United Auto Workers own General Motors and Chrysler, which aren't likely to pay back their billions in TARP money anytime soon, if ever. Meanwhile, the government tells Americans to stop driving Toyotas.

As my Washington Examiner colleague Timothy Carney has been documenting, Big Business has been busy lobbying Big Government for "reforms" that serve big companies' interests. Wal-Mart backs a health care mandate, Philip Morris shapes tobacco regulation, General Electric is setting up a joint venture to trade carbon offsets (wasn't that Enron's line of work back in the day?).

The picture is not pretty. Government's pets -- or, in the president's words, "savvy businessmen" -- use government to get policies that will give them competitive advantages and stifle smaller competitors. Pleasing their masters in government is now absorbing the psychic energy of CEOs who used to concentrate on meeting consumers' needs in order to make profits.

Back in the 1940s, there was an excuse for crony capitalism -- there was a war on. And FDR had a gift for picking people who, like Kaiser, delivered the goods. Today, that excuse is not available, and it's far from apparent that Obama has that gift.