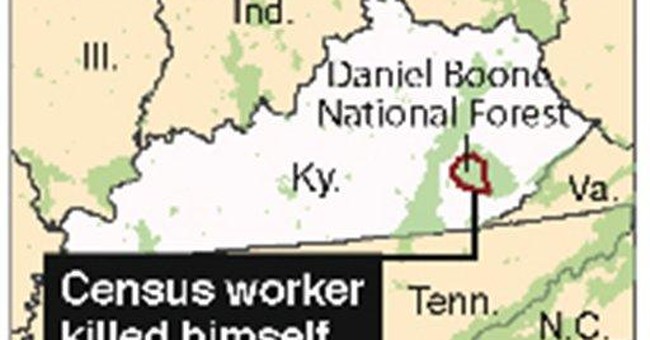 Every year roundabout Christmastime, the Census Bureau releases its population estimates for each state for the 12 months ending on July 1. The numbers look dry on a sheet of paper (or on an Excel spreadsheet on your computer), but they tell some vivid stories. The more so when they reflect, as the numbers for 2008-09 do, the effects of a sharp downward shift in the nation's economy.

Given the recession, it's not a surprise that percentage growth, at 0.86 percent, was the lowest in this decade, just a tad below the rate in 2002-03, and well below the peak years of 2000-01 (which doesn't include Sept. 11) and 2006-07. Immigration is down sharply, and some indicators suggest that illegal immigrants, in particular, are returning to their countries of origin.

Also, internal mobility is down. In times of economic troubles, people tend to stay put. When we think of the 1930s, we tend to think of the Okies leaving the dust bowl for the green land of California. But the Okies were the exception. The vast bulk of Americans in the Depression decade stayed home and tended their gardens.

One thing that stands out from the 2008-09 numbers is that Americans are no longer flocking to the resorts of the Sun Belt. Florida's growth was well below the national average, as it was in the previous year, in contrast to its torrid growth over most of the last century.

California grew at only a little more than the national average, entirely because of immigrant inflow and high immigrant birth rates. More Americans are leaving California and Florida than moving in.

The same is true of Nevada and Arizona. For most of the last two decades, they have been our two fastest-growing states; Las Vegas and Phoenix have become major metropolises in the desert.

But now they're metropolises in trouble, with the nation's highest foreclosure rates and collapsed construction and real estate industries. Nevada was only the 16th fastest growing state in 2008-09, and that's only because of (decreased) immigrant inflow. Arizona, the fastest-growing state in the previous year, now ranks No. 7.

Immigration into Nevada, Arizona and California continues, though at lower rates than earlier in the decade. Interestingly, several Northeastern states -- New Jersey, New York, Massachusetts, Maryland, Connecticut and Rhode Island -- continue to attract large percentages of immigrants, but even they (except for Massachusetts) suffer from domestic outflow. Public policies -- high taxes and welfare benefits -- may account for these seemingly contradictory trends.

In contrast, this recession has seen several states move from below-average to above-average population growth. They include Oklahoma, with its energy-based economy; Tennessee, one of the few states without an income tax; and South Dakota, with its thriving credit card economy.

There may be lessons for public policy here. Texas over the decades has had low taxes (and no state income tax), low public spending and regulations that encourage job growth. It didn't have much of a housing bubble or a housing price bust.

Under Govs. George W. Bush and Rick Perry, it has placed tight limits on tort lawsuits, and has seen an influx of both corporate headquarters and medical doctors.

Bush's late job ratings may have been low, and Perry may be a wine that doesn't travel. But their approach to governing may not be lost even in Washington.

Polidata Inc. projects from the 2009 estimates that the reapportionment following the 2010 Census will produce four new House seats for Texas, one for Florida, Arizona, Utah and Nevada, and none for California for the first time since 1850. Massachusetts, New York, New Jersey, Pennsylvania, Michigan and Illinois are projected to lose one each, and Ohio two. Americans have been moving, even in recession, away from Democratic strongholds and toward Republican turf.