The Political Landscape After Iowa and New Hampshire 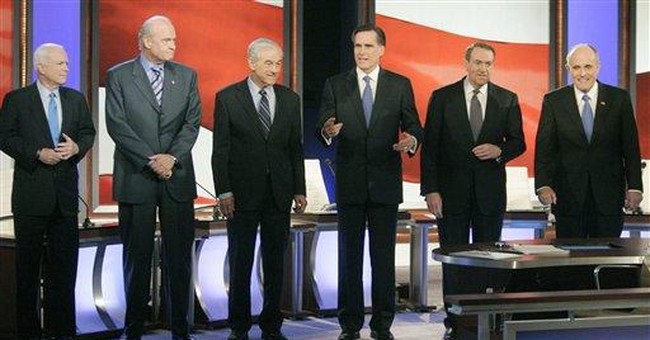 Still waiting for a win: Fred Thompson, on a bus tour in South Carolina; Rudy Giuliani, running around Florida; and John Edwards, hoping for a win in his native South Carolina, where he won in 2004, though he has just about zero support from black voters, who will make up about half the electorate.

The presidential selection process is supposed to enable the parties to come together, to agree on a widely acceptable nominee. But so far, the process has separated the parties into separate and hostile factions. One faction of the Democratic Party is relatively upscale, well educated, young. This faction is supporting Barack Obama. The other faction is relatively downscale, less educated, old. This faction is supporting Hillary Clinton.

Clinton, like Gore, ran strongest in the northern mill town of Berlin and in the state's largest city, Manchester, and its suburbs, in the former mill towns of Dover and Rochester and in the modest-income towns between them and Manchester. Obama, like Bradley, ran best in the college town of Hanover, in the Vermont-like strip of towns along the Connecticut River and in yuppie Portsmouth and vicinity.

In the days of Franklin Roosevelt and John Kennedy, these two factions were not evenly balanced. The Democratic primary electorate was heavily downscale, ethnic and religious. But now the two factions are roughly equal in size. The downscale constituency has tended to prevail, but not always and not inevitably.

George McGovern, with upscale support, defeated Edmund Muskie in 1972, and Gary Hart, McGovern's 1972 campaign manager, came close to defeating Walter Mondale in 1984. Gore defeated Bradley by only 4 percent in New Hampshire in 2000, but prevailed because it was five more weeks to the next contest and Bradley couldn't sustain his campaign. But there are only 11 days between New Hampshire and the Nevada caucuses, where the Culinary Workers Union and the Nevada SEIU have endorsed Obama. This is a race either faction's candidate could win.

There is some irony here. Bill Clinton came to the presidency after a campaign that appealed most to the upscale faction. But the two candidates who ran as, in some sense, his heirs, Gore and Hillary Clinton, have appealed to the other side. The Clintons' theme song in 1992 was "Don't Stop Thinking About Tomorrow." Their theme song this year might turn out to be "Yesterday."

The Republicans have more factions and more live candidates. Mike Huckabee is, so far, the candidate of religious conservatives and almost no one else. He got only 14 percent among the non-"born-again" in Iowa and only 11 percent in secular New Hampshire. Still, his faction is much bigger in other states, and his charm and vaguely populist and dovish policies may enable him to extend his base.

Competing for that and for the Southern-accented vote is Fred Thompson, who must move up in South Carolina on Jan. 19 to be viable. John McCain appeals to a different faction, the remnants and descendants of the historic Protestant Yankee base of the party, among whom his departures from current party orthodoxy are a plus. He scored best in the same parts of New Hampshire as Barack Obama.

Rudy Giuliani, with his liberal positions on cultural issues, would seem to appeal to the same base. But polls suggest that his base vote is ethnic and metropolitan. His bad luck is that no such state votes until Florida on Jan. 29 and then the big states on Super Tuesday, Feb. 5. Mitt Romney's appeal seems to be strongest among economic conservatives, impressed perhaps by his business record and untroubled by his switches on cultural issues. He carried southeast New Hampshire, where abhorrence of Taxachusetts is strong.

Even though Democratic Party rules favor proportional representation in delegate allocation, the Democratic race is likely to be decided, if not by Feb. 5, then in the succeeding primaries, because there are only two viable candidates. The Republican race, in which there seem to be four or five identifiable factions, could go on much longer. But it could take even longer to unify these two parties, as their factions clash over the next few weeks.