Megan Rohn
|
Posted: Jun 27, 2020 12:01 AM
Share   Tweet
The opinions expressed by columnists are their own and do not necessarily represent the views of Townhall.com. 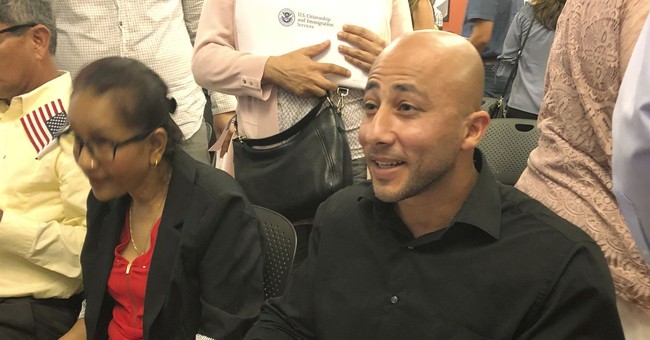 For over a decade America has promised certain Afghans and Iraqis - those employed by the U.S. military and State Department as interpreters - a path to American citizenship in return for risking their lives to help the US military fight the Taliban and our other enemies. Instead of letting their immigration process get tied up in red tape, the United States government must fulfill that promise -  not only for the moral commitment to America’s allies, but also for the good of the nation. On June 22nd, the State Department’s Office of the Inspector General released a set of recommendations to help streamline this path to citizenship.

While media attention to America’s wars abroad has plummeted, our allies still live in fear every day.  In Afghanistan, the Taliban proudly harass men and women accused of supporting U.S. forces with death threats emblazoned with their official letterhead before they attack. The non-profit No One Left Behind recently completed an internal study documenting over 300 instances of a translator or his or her family members being systematically targeted and murdered over the last six years.  This is only a small sample.

Just as providing housing to homeless veterans fulfills American society’s moral duty to veterans, ensuring continued federal support for the SIV program is the morally responsible thing to do for America’s noblest allies, and one that is unlikely to burden taxpayers since most of the cost of their resettlement and housing is covered by private and nonprofit agencies. Furthermore, translators are often fluent in English, which makes their integration into American society easier.

Moreover, translators command immense respect in American society such that support for the SIV program is bipartisan in nature. On April 22, when President Trump initiated the “Proclamation Suspending Entry of Immigrants Who Present Risk to the U.S. Labor Market During the Economic Recovery Following the COVID-19 Outbreak,” the ban explicitly stated that it is not applicable to SIV applicants. Vice President Pence also voiced his support for translators in 2007, and General David Petraeus has long been an ally for the cause. The SIV program has bipartisan congressional support, increasingly a rarity in America’s current political atmosphere, which highlights the importance of the program. Leading proponents have included Senator Jeanne Shaheen (D-NH), Tim Kaine (D- VA), Cory Gardner (R- CO) - a testament to the significance and merit of this cause.

With a pandemic ravaging the country and the global economy in free fall, it is easy to forget that America’s allies in the Middle East are being hunted every day. The United States cannot allow that ignorance to become betrayal. Congress must continue authorizing special immigrant visas so that we can keep our moral obligation to those who stood shoulder to shoulder with us against terrorism.

Megan Rohn is a Fulbright alum who is passionate about foreign policy and veterans issues. Her work has appeared in the Washington Examiner, International Policy Digest, and more.