Matt Vespa
|
Posted: Jun 21, 2022 12:01 AM
Share   Tweet
The opinions expressed by columnists are their own and do not necessarily represent the views of Townhall.com. 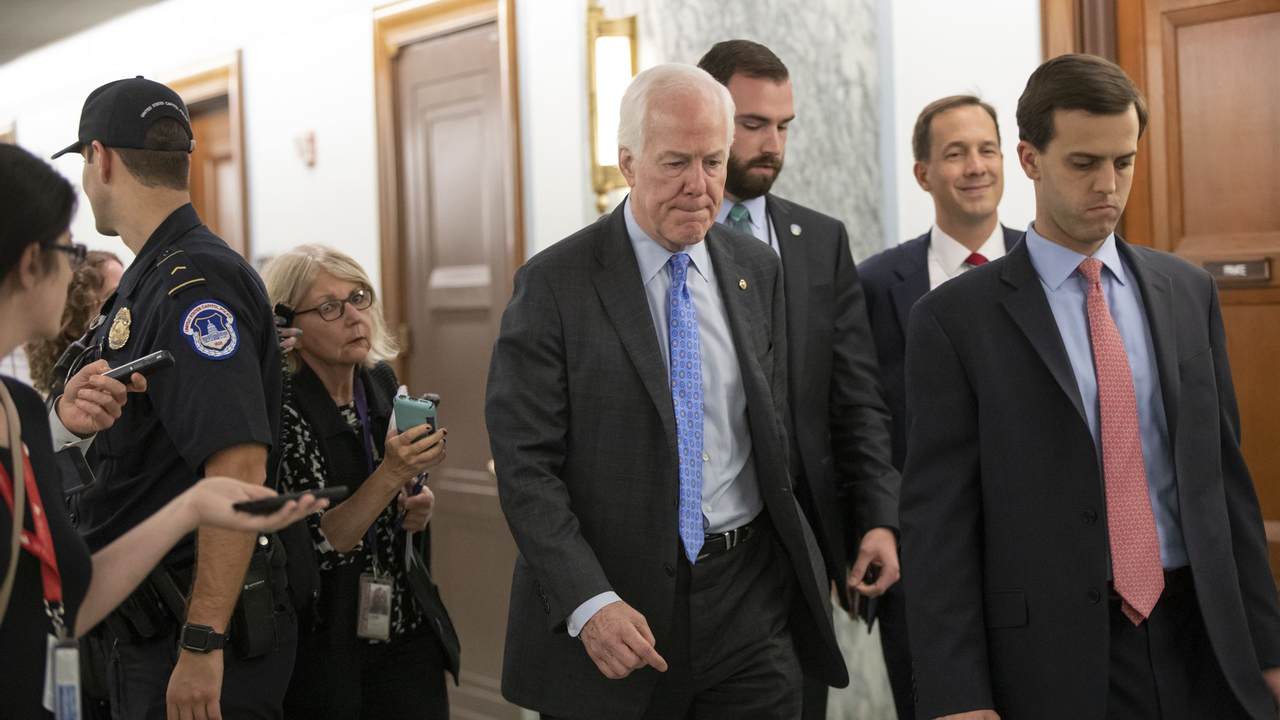 That's something some GOP staffer should have said to their boss who signed onto this cockamamie bipartisan gun control deal.

What the hell is going on here? The worst part is that we all saw the ending to this movie before the first scene was filmed. Of course, there were calls to "do something" after the Buffalo and Uvalde mass shootings, the latter of which involved the deaths of 19 kids at Robb Elementary School. Yet, Congress doing something without a result or initiative is just theater.

Both sides knew there would be no ban on modern sporting rifles or a ban on so-called "high-capacity magazines." Please. The Senate is split 50-50. The House has a four-seat Democratic majority. The country is on the verge of a recession, and the president is half brain dead. It was never going to happen. So, the GOP decided to rush to the oasis of red flag laws. Donald Trump supported them. But that doesn't mean it was right. Trump was also wrong to ban bump stocks, which does nothing to enhance public safety. None of what Democrats want on guns will enhance public safety, but here we are with this game. And who the hell thought that listening to Sen. Chris Murphy (D-CT) was a good idea?

The red flag laws sound great on paper. I leaned toward supporting them, but then I remembered that we have a Democratic Party that isn't interested in ensuring due process is honored and having guardrails against overreach. It was just another avenue for them to do what they really want: total gun confiscation. That's their end game. We keep saying it. We keep seeing it with their actions. They're not hiding it anymore, but our side always says, "Let's hear them out."

Republicans, we send you to DC to stop these people—and all of their "woke" ideas. You're not going to get credit as well. Whatever you do, the liberal media will attack. That's the playbook. It's been that way since...forever. Quit trying to be Thomas Jefferson, Washington, Madison, and Adams. You don't need to be dealmakers. You don't need to do anything. Hold the line. That's all you need to do.

And by supporting red flag laws, or openness to incentivizing states to adopt such measures with more funds, you've not only given the finger to veterans—you've declared war on them. These people will be the ones most targeted. The next group is those who express views that liberals consider domestic terrorism. That's any view that's not in keeping with left-wing tendencies. There are no guardrails for that.

Why should you oppose red flag laws? Because lawmakers like this won't hesitate to abuse their authority -- and the lack of due process that red flag creates -- to target you over your ideology. Just look at the school board parents. https://t.co/lLtPITTBPc

The very design of red flag laws is to remove due process protections. You forgot to mention that Randy’s order was done one-sided in a court process to which he isn’t privy, standards of evidence vary, 1/3 of orders are wrongly issued, and Randy foots the bill. https://t.co/iqdxS1Ityp

I love the “cryptic messages.” Considering that people are getting banned all over social media or fired from their jobs for wrongthink, no way in hell should anyone trust “red flag” laws.

If Congress wants to do something serious about gun violence, well—they'll need a lot more time than just a few weeks during the summer of a midterm election year. It will take time. That's how our system is designed. Passing legislation should be hard. Security is what our Founders ingrained in our system of government, not efficiency. The longer these Mickey Mouse games carry on, the more our side will be disincentivized to vote this November.

That's the only thing that came from these talks. It demoralized the base. Democrats don't care—this is probably what they want. They know they're screwed. Liberals on the Hill are just trying to lessen the blow by encouraging Republicans to talk with them, even if it doesn't contain the hot ticket items they want. Once the GOP agrees to have a chat, they know they have them. And they know our base would react the way they did when Sen. John Cornyn (R-TX) addressed Texas Republicans this weekend.

The Second Amendment is non-negotiable. That's the line. That's the creed. Anyone who thinks otherwise can leave, or better yet, we'll make you leave.