Biden's 'Biggest Worry' Shows Just How Out of Touch He Is

Matt Vespa
|
Posted: May 24, 2022 12:01 AM
Share   Tweet
The opinions expressed by columnists are their own and do not necessarily represent the views of Townhall.com. 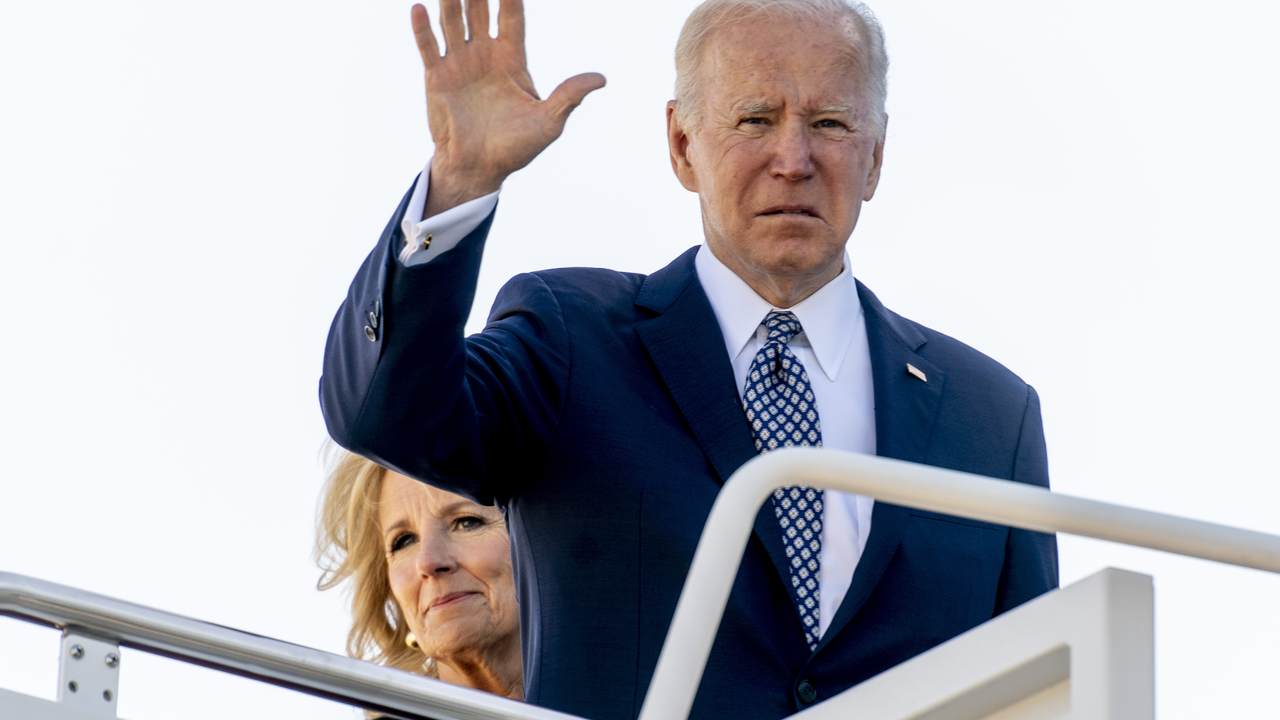 The New York Times's Thomas Friedman had lunch at the White House. It's an eye-roll-worthy piece that is par for the course for the publication. It seemed like the lunch was a bit of a downer. Biden was loaded with many worries, but if this is the biggest one, as indicated by Freidman, it only shows that this administration's crisis management and prioritization are beyond saving.

We all knew this—it's just another notch in the stick that this White House will use to beat America's economic health to death. Also, the horse has long left the barn here. I mean, c'mon, Joe. That's your biggest worry at this point?

What I felt afterward was this: For all you knuckleheads on Fox who say that Biden can’t put two sentences together, here’s a news flash: He just put NATO together, Europe together and the whole Western alliance together — stretching from Canada up to Finland and all the way to Japan — to help Ukraine protect its fledgling democracy from Vladimir Putin’s fascist assault.

In doing so, he has enabled Ukraine to inflict significant losses on Russia’s invading army, thanks to a rapid deployment of U.S. and NATO trainers and massive transfers of precision weapons. And not a single American soldier was lost.

It has been the best performance of alliance management and consolidation since another president whom I covered and admired — who also was said to be incapable of putting two sentences together: George H.W. Bush. Bush helped manage the collapse of the Soviet Union and the reunification of Germany, without firing a shot or the loss of a single American life.

Alas, though, I left our lunch with a full stomach but a heavy heart.

Biden didn’t say it in so many words, but he didn’t have to. I could hear it between the lines: He’s worried that while he has reunited the West, he may not be able to reunite America.

It’s clearly his priority, above any Build Back Better provision. And he knows that’s why he was elected — a majority of Americans worried that the country was coming apart at the seams and that this old war horse called Biden, with his bipartisan instincts, was the best person to knit us back together. It’s the reason he decided to run in the first place, because he knows that without some basic unity of purpose and willingness to compromise, nothing else is possible.

But with every passing day, every mass shooting, every racist dog whistle, every defund-the-police initiative, every nation-sundering Supreme Court ruling, every speaker run off a campus, every bogus claim of election fraud, I wonder if he can bring us back together. I wonder if it’s too late.

There are multiple issues that go above uniting the country. Frankly, as I've said, that ship has sailed. It sailed in 2020 when he pretty much recycled Hillary Clinton's "basket of deplorable" moment. This administration is also gearing up for war with MAGA supporters—who are base Republicans now. You can't bash them and then wonder why there's no rush for unity.

Second, you can't unite the country with a Democratic Party base that's as insane as it is right now. Sorry, you can't. These are some of the most insane and repulsive people to ever inhabit planet Earth. They're ticks. They're locusts. They're more virulent than COVID. They have an agenda that only caters to the white wealthy and uber-progressive elite along the Acela Corridor and the Left Coast. It's a regional party. It's a snobby party. It's a party that has an agenda that hurts three-fourths of the country. The college debt bailout plan is just that—making working-class Americans with no higher education pay for the education of whiny, woke, white kids who are not getting paid huge salaries post-graduation.

Electric cars are also a luxury item that only rich, white liberals can afford.

On top of that, the left has forced moderate suburban parents to become culture warriors as their kids are being indoctrinated to become gay, trans, or whatever at school by weirdo teachers who think it's fine to come out to their students, detail graphic sexual escapades, and dole out puberty blockers in secret. Oh, and there's the Critical Race Theory shenanigans, which are fake history and academic fraud. The extra layer of nonsense is that the COVID lockdowns did nothing to curb mortality and only created a mental health crisis among our students and a years-long education gap that we'll probably never close. This was intentional. Biden couldn't make teachers' unions unhappy, and it doesn't help that the CDC pretty much colluded with these bad teachers to keep schools closed.

Democrats are just bad for America. There is nothing we can agree on—even sports have been infected with their anti-police nonsense. They are an annoying and insufferable bunch who are incapable of shutting the hell up. These people hate you for having a BBQ on the Fourth of July. Why? Well, it's bad for the environment. They want all of us to go vegan. Do they even know that such a diet is truly a first-world privilege? For the folks who use privilege to silence views they don't like, they sure have a lifestyle that can only be supported by those in an elite class.

There's nothing wrong with making money, but there must be some level of awareness that most Americans just can't buy electric cars, place solar panels on their homes, and stop eating meat. Most of the world's population would starve if it were up to the vegans. Maybe that's the point—as vegans are probably hardcore greenies and population control (i.e., killing lots of poor people in third world countries) is always their top item of discussion.

These folks can't take a joke. Who can call these people good neighbors? To hell with them, frankly.

Also, can someone tell Tom and his elitist friends that at this point, with the economy in freefall and a recession looming, the American people don't give a damn about Ukraine? American mothers can't find baby formula to feed their children. NATO was already strong under Trump. It's not like this is some great accomplishment. Biden has done more for Ukraine than for America. That's not how it should be, folks.

I was for arming the Ukrainians initially, but as with anything here – we're getting sucked into a vortex where the consequences range from Russia withdrawing to all-out nuclear war. Under this president who is half braindead, I don't trust that we'll get a good result in any scenario. The man has been wrong on foreign policy for 40 years. That's not disinformation; that's a fact.