Matt Vespa
|
Posted: May 11, 2021 12:01 AM
Share   Tweet
The opinions expressed by columnists are their own and do not necessarily represent the views of Townhall.com. 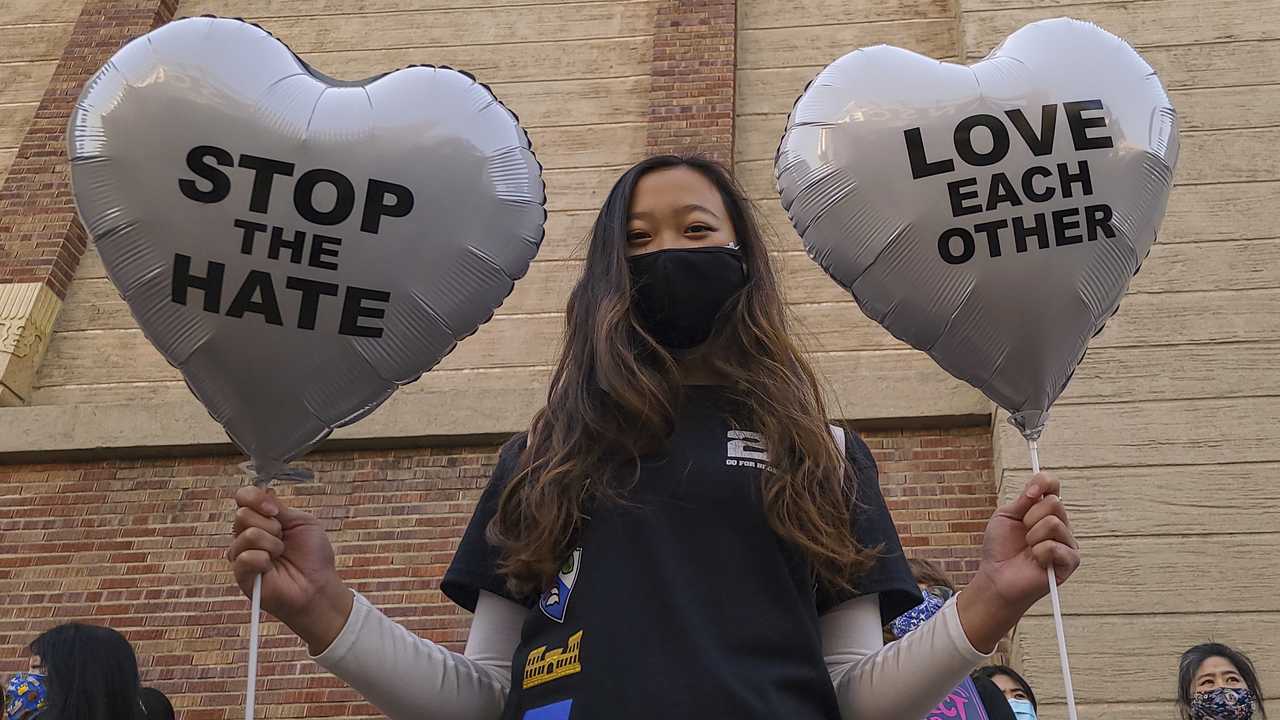 Remember "Stop Asian Hate"? What the hell happened to that? It was the talk of the town for like two seconds. Hollywood stars got behind it. White liberals latched onto it, and for a hot second, it was off to the races. And then it died. Did it commit seppuku? No. It was just the victim of not fitting into the liberal media narrative. The liberal establishment got all the ingredients together for this latest woke recipe and decided it just wasn’t worth serving en masse. It wouldn’t have been successful. That’s the perverse nature of this whole victimhood game. If it can’t be pinned to the GOP, white conservatives, or Trump—liberal America is totally fine with letting hate crimes happen. The cause of death for "Stop Asian Hate" couldn’t be any more transparent as well.

White supremacy is to blame. Trump is to blame. The demonization of China for releasing the coronavirus is to blame. It’s none of those things. I don’t know about you guys, but every time a new report about Asian hate crimes is reported and we see pictures or videos of the crime—these white supremacists look weird. They look a tad off. Are you catching my drift? Maybe it’s because most of those attacking Asians in the streets are black people. Plain and simple. That kills the white supremacy narrative. It kills the "blame Trump" angle. Blame China? That part of the story suffered its death-blow from the truth five blocks back.

I’m torn on this one. I’ve suffered dumbass kids calling me names since I was a kid. It bothered me…for about five seconds.

"F*** em." That’s how I handled it. Yet, the way these attacks have been reported is insane. The Asian community hasn’t been targeted heavily. It’s not a nationwide epidemic. Yet, if you had 10 attacks all year in one location and that jumps to 20—statistically that’s a huge leap. It’s like how the liberal media exaggerates COVID. They cite percentages because the real numbers were laughable in some cases where so-called spikes occurred, especially in rural communities.

At the NYPD press conference on anti-Asian hate crimes today, they show booking photos of suspects apprehended & those they're continuing to search for. The hate crime suspects appear to all be people of color. #StopAsianHate https://t.co/rZSwlkagAA

These people of color are reprehensible examples of white nationalism https://t.co/5s2p1nS4sA

Now, that is not to say that Asian hate crimes are a myth. They have spiked. They are occurring, but the people breaking heads aren’t white. So, they’ve been relegated to the trash bin by liberal America. In March, the NYPD held a presser on the spike in Asian hate crimes and showed pictures of all the perpetrators they arrested. They were all black. The woman who attacked two Asian women with a hammer was black. The attacker who beat a father in front of his one-year-old child in a stroller was black. If black people are the new agents of white supremacy, then words have lost all meaning. Are we reporting on Asian hate crimes or not?

Look, guys—sometimes the villain isn’t who you want it to be. That’s life. To kill a story because white people aren’t the devils is pathetically transparent. Hell, Project Veritas even found out through its investigation into the inner workings of CNN that the control room was uncomfortable with the optics of the Asian hate crime story because most, if not all, of the crimes were committed by black people. In that Veritas video, you see a technical director say that they're trying to help Black Lives Matter, but these attacks aren't good for optics. There’s the takeaway right there.

?? TW / ASIAN FATHER ATTACKED IN MISSION BAY WHILE WALKING WITH 1-YEAR-OLD IN STROLLER

The attack happened Friday just after 2 pm outside Gus's Community Market on 4th/Channel. SFPD was patrolling the area and immediately arrested the suspect - 26 yo Sidney Hammond.@KPIXtv pic.twitter.com/rcidGexoc7

Notice when race is mentioned and when it isn't. https://t.co/KVaYERWcCh

NYPD released surveillance footage of the suspect they are looking for in the Hell’s Kitchen hammer attack on a 31-year-old Asian woman. #StopAsianHate pic.twitter.com/FU9BqxRkPG

Video from Sunday, May 2nd attack on two Asian females, 31 and 29, who were walking on the sidewalk when an unknown individual demanded they remove their masks and then struck the 31-year-old in the head with a hammer causing a laceration. Info? ??1-800-577-TIPS pic.twitter.com/9YMaQfUhzm

Andrew Sullivan wrote in March about how the Left's 'blame white supremacy' antics during their brief moment advocating against Asian hate just runs aground of the facts:

This isn’t in any way to deny increasing bias against Asian-Americans. It’s real and it’s awful. Asians are targeted by elite leftists, who actively discriminate against them in higher education, and attempt to dismantle the merit-based schools where Asian-American students succeed — precisely and only because too many Asians are attending. And Asian-Americans are also often targeted by envious or opportunistic criminal non-whites in their neighborhoods. For Trump to give these forces a top-spin with the “China virus” made things even worse, of course. For a firsthand account of a Chinese family’s experience of violence and harassment, check out this piece.

The more Asian-Americans succeed, the deeper the envy and hostility that can be directed toward them. The National Crime Victimization Survey notes that “the rate of violent crime committed against Asians increased from 8.2 to 16.2 per 1000 persons age 12 or older from 2015 to 2018.” Hate crimes? “Hate crime incidents against Asian Americans had an annual rate of increase of approximately 12% from 2012 to 2014. Although there was a temporary decrease from 2014 to 2015, anti-Asian bias crimes had increased again from 2015 to 2018.”

Asians are different from other groups in this respect. “Comparing with Black and Hispanic victims, Asian Americans have relatively higher chance to be victimized by non-White offenders (25.5% vs. 1.0% for African Americans and 18.9% for Hispanics). … Asian Americans have higher risk to be persecuted by strangers … are less likely to be offended in their residence … and are more likely to be targeted at school/college.” Of those committing violence against Asians, you discover that 24 percent such attacks are committed by whites; 24 percent are committed by fellow Asians; 7 percent by Hispanics; and 27.5 percent by African-Americans. Do the Kendi math, and you can see why Kendi’s “White Supremacist domestic terror” is not that useful a term for describing anti-Asian violence.

But what about hate crimes specifically? In general, the group disproportionately most likely to commit hate crimes in the US are African-Americans. At 13 percent of the population, African Americans commit 23.9 percent of hate crimes. But hate specifically against Asian-Americans in the era of Trump and Covid? Solid numbers are not yet available for 2020, which is the year that matters here. There’s data, from 1994 to 2014, that finds little racial skew among those committing anti-Asian hate crimes. Hostility comes from every other community pretty equally.

The best data I’ve found for 2020, the salient period for this discussion, are provisional data on complaints and arrests for hate crimes against Asians in New York City, one of two cities which seem to have been most affected. They record 20 such arrests in 2020. Of those 20 offenders, 11 were African-American, two Black-Hispanic, two white, and five white Hispanics. Of the black offenders, a majority were women. The bulk happened last March, and they petered out soon after. If you drill down on some recent incidents in the news in California, and get past the media gloss to the actual mugshots, you also find as many black as white offenders.

This doesn’t prove much either, of course. Anti-Asian bias, like all biases, can infect anyone of any race, and the sample size is small and in one place. But it sure complicates the “white supremacy” case that the mainstream media simply assert as fact.

"Stop Asian Hate" was a hypothesis peddled by "woke" left-wingers in the hopes that white people were the ones assaulting Asians. It wasn’t the case, but the power of the liberal media allowed this rake-stepping incident to die quietly as if nothing happened.

When you line the perps against the wall in this story, you can see why the Left turned their backs and moved on. If you cannot attack Trump or white people with a story about hate crimes, then it’s not worth reporting. That would be writing about…the news. We all know the liberal media doesn’t do that.