Matt Vespa
|
Posted: Feb 27, 2021 4:30 PM
Share   Tweet
The opinions expressed by columnists are their own and do not necessarily represent the views of Townhall.com. 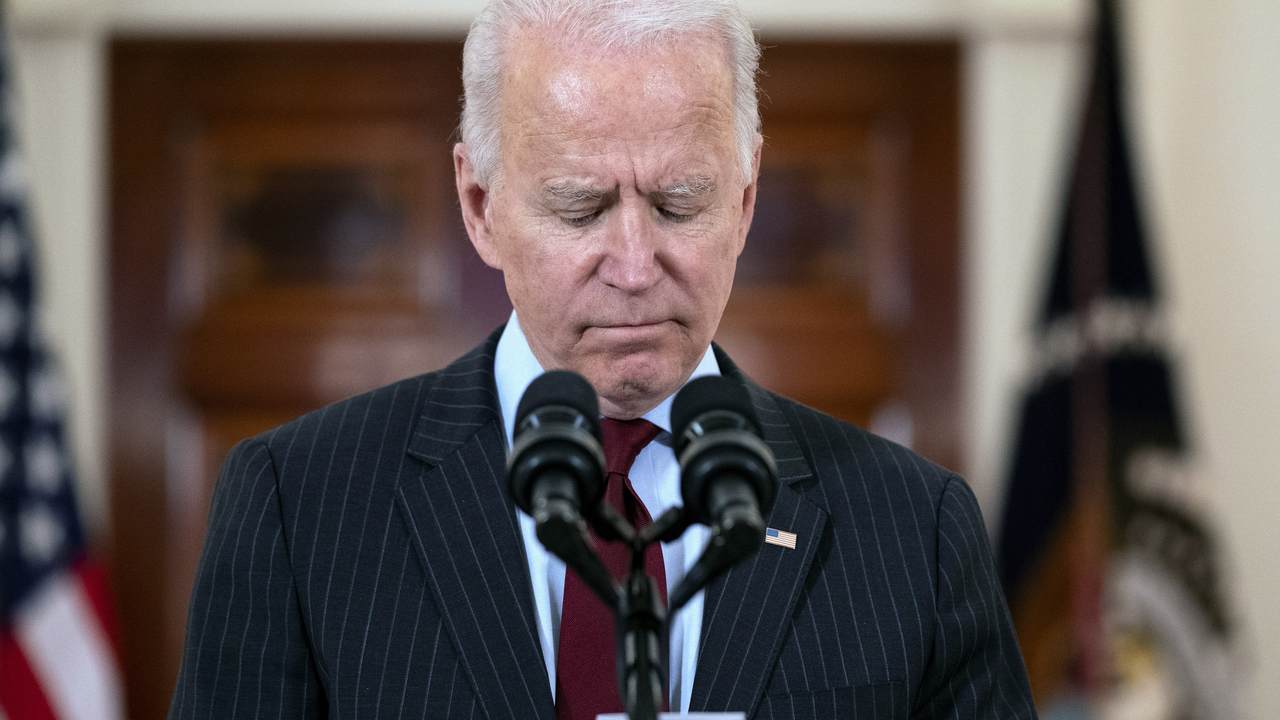 At the time, it could have been seen as a backtrack, a moment where Joe Biden spits in the faces of the progressive cohorts he desperately needed to win the 2020 election. During the first debate, he voiced his opposition to defunding the police. It was drowned out by then-President Trump’s overly aggressive attacking, so it fell by the wayside. Biden did walk a waffled line on defunding the police in 2020 but now firmly says he’s against it. Progressives might be shocked. They shouldn’t be. Yet, I forgot something; Biden is a swamp creature. He’ll find a way to repay his debts, and on defunding the police, he’s doing that through his nominees. No one really pays attention to civil rights division nominees for the Department of Justice or even those tapped to be associate attorney general, but this is where he’s trying to make good on this progressive action item. It’s a covert war indeed.

Biden even admitted that this "defund the police" war cry killed them in the suburbs. Not a single House Republican lost his or her seat. In fact, the Democrats lost seats in the House. They have a razor-thin majority, and such antics could yield disastrous results again in the 2022 midterms. There’s also a 50-50 split in the Senate. He can’t pursue this outright. It’ll be a massive waste of political capital. So, he has to look to his nominees to carry out this effort and hope no one notices these commies coming in through the backdoor.

We discussed two of the worst offenders on the Triggered podcast last week: Vanita Gupta and Kristen Clarke.

Clarke is a reported anti-Semite, black supremacist, and supporter of defunding the police. She wrote an op-ed about it last year, folks. Yet, let’s delve a bit deeper into these genetic assumptions since she has been selected to be the DOJ’s assistant attorney general for civil rights. It would be rather embarrassing if a racist were to be confirmed for that position (via NY Post):

While a Harvard undergrad, Clarke argued in the student newspaper that blacks had greater “mental, physical and spiritual abilities” than whites because of the amount of melanin in their skin, a racist theory advocated by race-baiters like Louis Farrakhan and the Nation of Islam.

As president of the Harvard Black Students Association, she invited author Tony Martin to speak on campus, despite his rabid anti-Semitism and Holocaust denial. She then defended him as a “black intellectual who bases his information” — i.e., his anti-Semitic slurs — “on indisputable fact.”

Yes, that was a long time ago, and perhaps we should draw a veil over all college antics. But ask yourself what the reaction would have been if President Donald Trump had nominated someone to be the country’s top civil rights watchdog who had advocated white racial superiority and defended an anti-Semitic Holocaust denier in college?

We all know the answer: The nominee — and Trump — would have been crucified by the mainstream media.

Gupta has been tapped to be our next associate attorney general. She would be the number three person at the DOJ — and she supports defunding the police. That’s not the least of it, as Carrie Severino of the Judicial Crisis Network noted:

So it’s a major problem that Vanita Gupta wants to defund the police.

When talk about defunding law enforcement gained steam last summer, Gupta spoke approvingly of the "local conversations about budgets" that were then taking place in Minneapolis and "all over the country."

When Sen. John Cornyn, R-Texas, asked Gupta at a 2020 hearing on police reform if she believed "all Americans are racist," she replied, "I think we all have implicit bias and racial bias."

As the chief civil rights prosecutor at the Justice Department during the Obama administration, Gupta argued that prisons should be forced to use taxpayer dollars to pay for hormone treatments for transgender inmates. Last year, she asserted that transgender student athletes who identify as female must be allowed to compete in girls’ sports in school.

Lastly, Gupta has been a vocal proponent of packing the Supreme Court. In the wake of Justice Ruth Bader Ginsburg’s death, she was asked about the likelihood of Democrats packing the courts if they took control after the November election.

Gupta, who was a leading voice of opposition to Amy Coney Barrett’s nomination to the Supreme Court, responded that "nothing is off the table."

Ms. Gupta is made up of dark money. She’s woke, anti-police, and believes that Americans are all racist. Biden sure dredged up the worst of the worst from the bottom of the progressive cesspool. These people are going to be some of the key officials in dispensing justice and maintaining the rule of law. You can see a situation where these folks would go after the Capitol Hill rioters aggressively but give lollipops to Antifa and other leftist thugs who rioted last summer, looted and burned cities to the ground, and seized portions of urban areas that were idiotically endorsed by local Democrats. Biden knows he can’t outwardly say he’s for defunding the police, but he’s securing top spots for people who do to pay off those ‘IOUs’ to the far Left.

Biden is defunding the police, but not through normal channels. He’s hoping with the Cuomo COVID nursing home cover-up scandal, the winter storm that blew out the power in Texas, the ongoing COVID relief bill drama, and the Syrian airstrikes he executed would distract us from looking into his DOJ picks. Well, we noticed. The question is what we can do to derail these nominees.

Biden's covert maneuver to strike at the heart of law and order is about to be exposed. And he still has a hefty balance to the progressive Left. They want those $2,000 relief checks, Joe. You promised that before you started bombing Syria.