Joe Biden Spits in Face of Conservatives with His 'Outreach'

Matt Vespa
|
Posted: Dec 08, 2020 6:00 AM
Share   Tweet
The opinions expressed by columnists are their own and do not necessarily represent the views of Townhall.com. 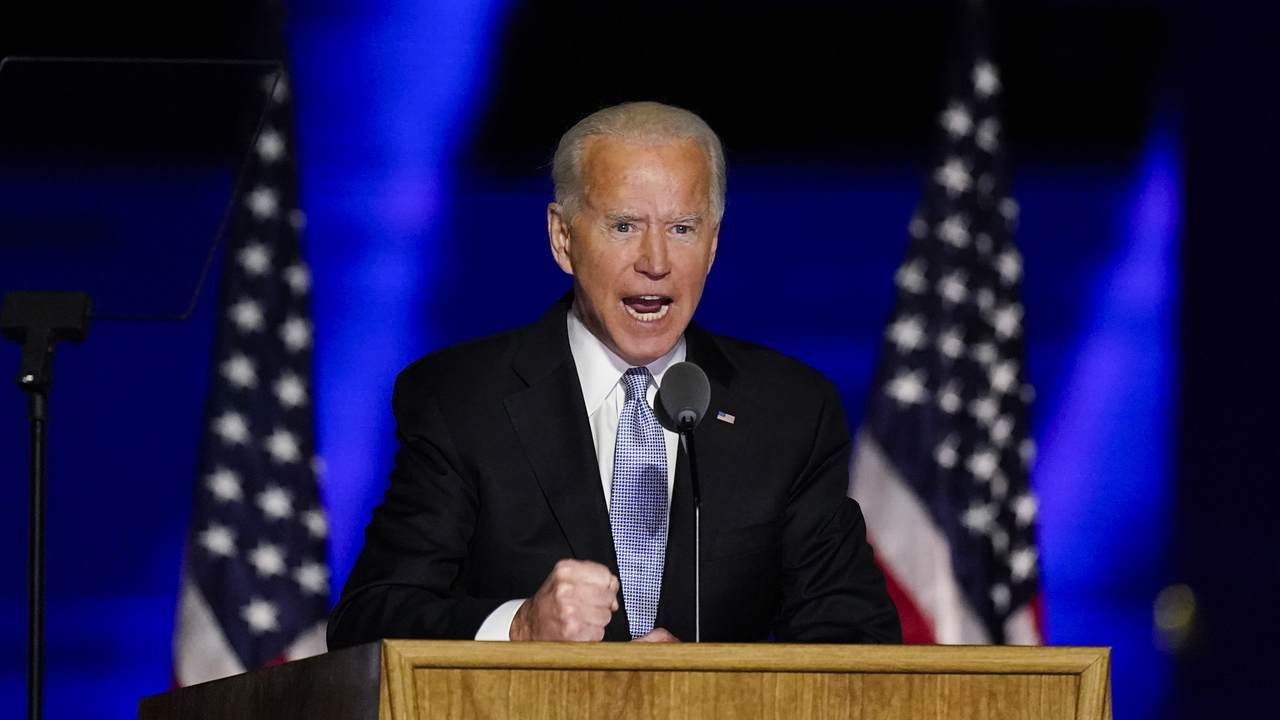 It’s either a waste of time or something that will be a sure winner in a public relations fight. It’s probably the latter. We’ve seen this movie before. Barack Obama promised to work across the aisle. He kept some Republicans in his Cabinet. He toed the middle of the road, softening conservatives in order to unleash his socialized medicine proposal. It didn’t matter if Obama didn’t mean it. He didn’t. Now, in 2020, we’re back to this crap again. Joe Biden wants to—get this—create an office that reaches out to conservative America.

After four years of calling us deplorable Nazis, liberals want to reach out. They can go f*** themselves. We have nothing to talk about – nothing. We share nothing in common other than we use the same tax form concerning those of us who actually pay taxes. And the funny thing is, liberals have to know this is a total PR ploy. The Democratic base wants us processed and eliminated through extermination camps. They don’t want to work with Republicans. They want to eliminate us. And they will crucify any Democrat who dares suggest this. Granted, they may not at first since it’s a prominent Black Democrat, Rep. Cedric Richmond (D-LA), who wants to get this office off the ground, but it’ll happen.

Progressives are the rising faction in the Democratic base. They want socialism, no police, speech codes, and "wokeness" ingrained in every aspect of American political life. They are the stage IV pancreatic cancer of American politics. They are aided by the massive Democrat-media complex and their endless armies of operatives who work for them. If you want to sell that Biden is a descendant of Jesus Christ, these people will sell it—and millions will believe it. Look at how many think Russian collusion, a media-manufactured myth, is real. I rest my case.

This is literally out of Obama’s playbook. I don’t know what Joe has planned. As of now, he’s on track to steal  become the next president of the United States. Is a Green New Deal proposal in the works? Does he think he can pass Obamacare with a public option? Is defunding the police in the mix? What left-wing catastrophe does Biden have cooking that would facilitate his people trying to butter up the Right with this comical conservative outreach position?

Again, I’m not kidding about this (via Bloomberg):

The Biden administration plans to create a position to find common ground with conservatives, said Louisiana Congressman Cedric Richmond, a senior adviser and director of the Office of Public Engagement for the president-elect.

“Right now I’m trying to set up the office and I’m actually looking at establishing a position that reaches out to conservatives -- because it’s about moving forward. We cannot stay where we are,” Richmond said during the Wall Street Journal’s CEO Council on Monday night.

President-elect Joe Biden named Richmond, a campaign co-chair, to head the Office of Public Engagement last month. On Monday, Biden appointed him as one of five co-chairs of his inaugural committee.

Part of Richmond’s mandate is to help the incoming Biden administration’s relations with Republicans in Congress. He said he would work to “create a demand in the country to make politicians work across the aisle and to work together.”

Now, part of this could be out of necessity. The House Democratic majority was reduced this election cycle. Nancy Pelosi has very, very little room to maneuver on vote counts, but this bipartisan game is over. Democrats are bad people. They govern in bad faith. And their agenda is anti-American and corrupt. Those two words describe the lot of them. This olive branch will only trick the usual suckers in the GOP, the moderate, spineless types. Luckily, those people have been mostly purged from the party while others have straight-up become Democrats in the process.

Whatever they propose, vote against it, Republicans. Resist. Disrupt. And create abject chaos on the Hill. They don’t want to help us. They want to lull us into a trap in order to facilitate our annihilation. Opposing what Democrats want is always an act of patriotism.