Matt Vespa
|
Posted: Jun 30, 2020 6:00 AM
Share   Tweet
The opinions expressed by columnists are their own and do not necessarily represent the views of Townhall.com. 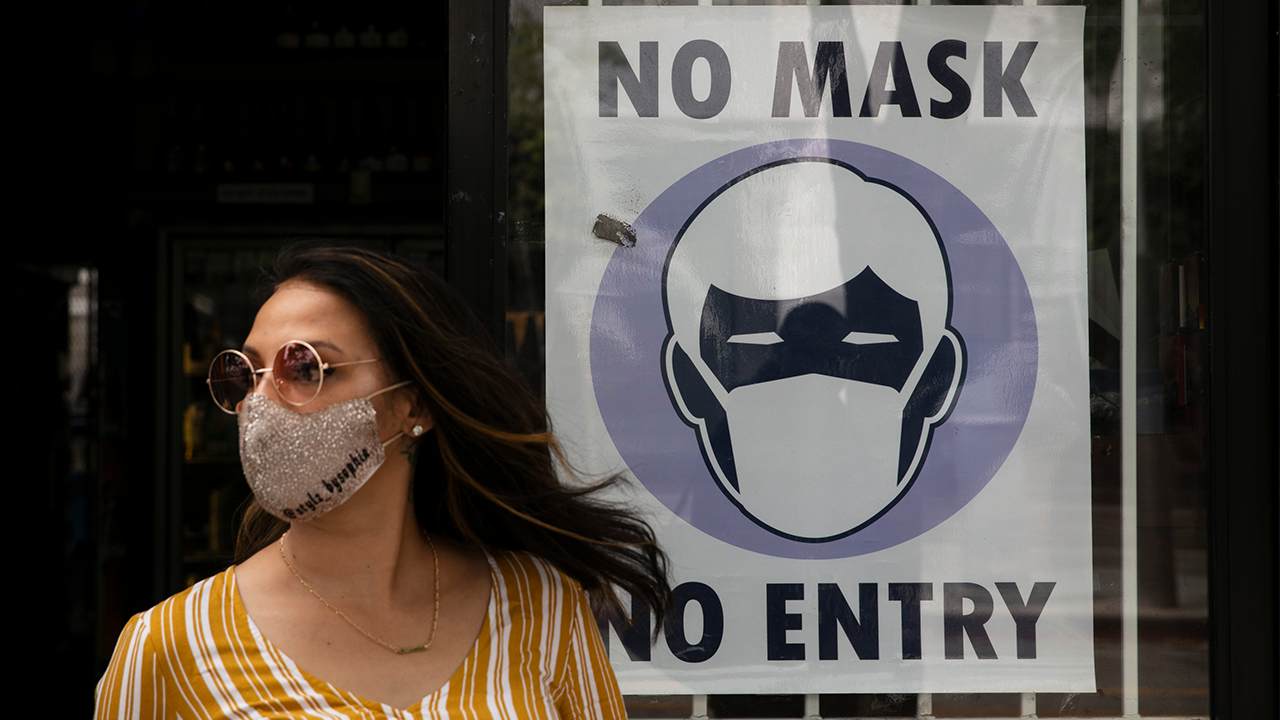 The new cases have caused the market to become volatile again. This is the real gauge regarding a new lockdown. If we go on a spell where we lose some 1,000+ points in daily succession, you bet something from the Trump White House will be announced. This is what led to the initial 30 days to stop the spread initiatives, which were soon exploited by Democratic governors to keep people locked up inside. At the time, this virus might be a big deal, maybe not, but let's err on the side of caution, right?

Yeah, then the great reversal happened in May. The Centers for Disease Control and Prevention (CDC) noted that the mortality rate for this virus was not as bad as the seasonal flu, it doesn't spread as easily on surfaces, and then there was the mask fiasco. Wear one, don't wear one, and finally, "actually, crumple up a t-shirt and wrap the string around it." COVID has been a mess…for the experts. They know nothing. And the biggest torpedo strike to their credibility was when George Floyd died in Minneapolis, the victim of an officer-involved fatality. And that officer, Derek Chauvin, who was flagged for misconduct 17 times but somehow kept his badge, was charged with second-degree murder.

The riots began soon afterward, and now it's time to get outside because of moral urgency or something. If the so-called experts could flip like this so quickly, this virus was never that serious, to begin with; it's one or the other. And now, these clowns want to a) go back inside; and b) refuse to say that the protesters contributed to the spikes in places like Los Angeles County. They did. I know there are some articles—from the experts—saying that this is not the case, which only adds to my point: I don't trust them. Frankly, they can all go to hell. Yeah, yeah—I know I wrote something about lockdowns in April. What happened to that, Matt? Well, he's dead. That was evil Matt. He was blind. And I killed him, chopped him up, and his remains were placed in an acid drum a la Breaking Bad. He's gone.

It's non-stop coverage about all these new cases. Yeah, is anyone dying? Has the death rate spiked? Nope. It hasn't so I don't give a baker's **** about the new cases. It's the young who are getting it. Yes, the ones who are less likely to die from it. The lockdowns are over, you clowns. It's over. Your credibility is done. You killed it with your Floyd pivot. And by that, I mean absolutely mutilated it. It was a medical version of the two separate rules axiom between how Democrats and Republicans are covered in the press. Liberals can be outside, and no spikes are attributed to them, but Republicans have to stay inside because if they go to the beach, they spread the virus.

We had the first presser in months about COVID. What's more annoying than ever before is this notion that everything is…new because COVID is here. You could always have caught something wicked from a bar, club, strip joint, airport, airplane, pool, gym, or restaurant. Do you really think they clean the menus, folks? People with diabetes, recovering from cancer, fighting chronic illnesses, or had organ transplants were always susceptible to dying from infections and other illnesses before COVID. Take away the deaths from New York, New Jersey, and other parts of New England and the death toll from this outbreak is not bad. In fact, a lot of the deaths are attributed to horrible COVID policies pushed by Govs. Phil Murphy and Andrew Cuomo. The grim reaper forced nursing homes to accept COVID-positive patients. How do you think that worked out?

My point is that those in the vulnerable population were always in that position pre-COVID pandemic. This isn't new just because some new virus got out of Wuhan. And now, these experts are still befuddled over the asymptomatic patients who weren't contributing to the spread, according to the China-infested World Health Organization (WHO) only to reverse course days later in that assessment. They don't know anything. Maybe if these so-called experts were more focused on actually studying the virus instead of nursing their anti-Trump bias, we would have some progress. These so-called medical folks peddling this panic porn are no better than operatives for the Democratic Party. Period.

The death rate is not spiking. I don't care. And of course, it's New York who can't seem to get its act together. Florida is the media's favorite punching bag, and Gov. Ron DeSantis has been subjected to sheer insanity concerning conspiracy theories that he's hiding data. Like Trump-Russia collusion, when there is no evidence, the Left spews whatever makes them feel better. It's highly destructive, especially when these same folks beclowned themselves thinking Florida would become the next Italy. It's not. It never will be.

Based on the media’s coverage of COVID-19 this week, which state do you think had the most reported coronavirus deaths today - Florida, Texas or New York? Note: New York has the smallest population.

Based on the media coverage of COVID-19 this weekend, which state do you think recorded the most coronavirus deaths yesterday? Texas? Florida? California? Arizona?

No… it was New York. Again. I wrote more about the Acela Media’s bias in @FourthWatch: https://t.co/IMfNOocIuX pic.twitter.com/3fZQfTCh2I

To be fair, let’s look at today’s coronavirus deaths, reported by Worldometers, which includes CDC figures of probable COVID-19 deaths in addition to confirmed.

As states start to slow down their re-opening, we'll see how the markets react, but the lockdowns are finished. The political credibility to support it was delivered a dome shot by the experts going gaga over Black Lives Matter taking to the streets. We all saw it. We all saw the hypocrisy. We're not going back inside. We're just going to learn how to live and deal with COVID. Will there be a vaccine? People are hopeful, but trials in the United Kingdom are being threatened because there aren't enough infected people around. That's how quickly the virus is dying out.

The media doesn't want to share this, but the death count is down 90 percent from the April 21 high mark.

New cases mean nothing. Sorry, there are only seven words that I can say to these so-called experts whose credibility lies like the ruins of Hiroshima, which is "f*** you and f*** your expert advice."

Now, excuse me, but I will be going outside and enjoy myself this Fourth of July. You should as well.

So the regular Chicago "Pride" march was canceled due to COVID. But once you add "black trans," the virus is no longer transmissible pic.twitter.com/jfATc2g0b9