The Democrats’ Impeachment Hoax Is A New Low, Even For Them

Matt Vespa
|
Posted: Dec 02, 2019 9:30 PM
Share   Tweet
The opinions expressed by columnists are their own and do not necessarily represent the views of Townhall.com. 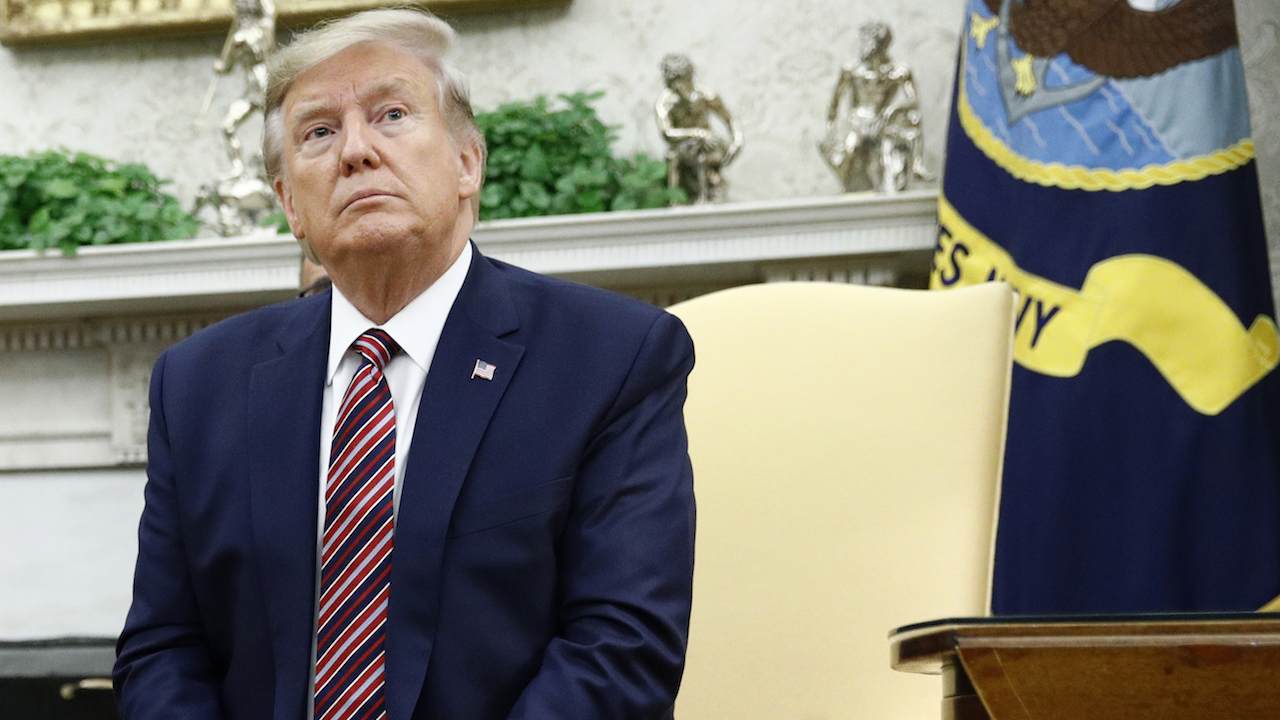 The Democrats have nothing on Donald J. Trump—nothing. That explains their conspicuous reversal on the “smoking gun” in this Trump-Ukraine fiasco. Yeah, it turns out they now think you don’t need one to impeach Trump because—boys and girls—this is the only position one can take when the evidence is simply not there. It’s a dive into schizophrenia on this whole circus. Impeachment is a political move, though you still need facts and evidence to prove the very broad “high crimes and misdemeanors” benchmark in the Constitution. At a base level, it’s generally regarded that you cannot impeach the president on the basis that you don’t like him (or her) or their agenda. That’s all changed since 2016.

The July phone call Trump had with the Ukrainians is the new Russia collusion. The allegation is that in this call, Trump threatened to withhold military aid unless the Ukrainians opened a corruption investigation into Joe Biden’s son, Hunter, who had a board position on an energy company despite having zero experience in the field. The allegation is that he was there making $50,000 per month and selling access to then-top Obama officials. This all occurred when daddy Biden was vice president. All of this came to light when a reported CIA agent, who is also a registered Democrat and had worked with a 2020 Democratic candidate, filed a whistleblower report.

To boot, this person had contacted Rep. Adam Schiff’s (D-CA) staff prior to filing the report. Schiff is the chair of the House Intelligence Committee and lead quarterback for this Trump impeachment push. He knew the contents of the report before it was filed and weaponized it to attack this White House. Talk about deep state antics, right? This report, the call, and the transcript of the call that was released by the Trump White House were the pieces of evidence that made up the smoking gun.

Then, Schiff held a series of hearings before Thanksgiving, loaded with career bureaucrats who pretty much testified that they disagreed with Trump on Ukraine policy. That’s not a crime. It was also admitted that Trump could legally withhold aid. There was a whole lot of nothing in these hearings.

No one watched it. No one cared. Voters in battleground states and independents voters have soured on this circus. There is no way the Republican Senate convicts Trump. There's no way there are 67 senators who are going to support this overtly partisan maneuver.

And now, there doesn’t need to be a smoking gun?

Florida Rep. Val Demings maintained that President Trump should be impeached even if the alleged quid pro quo with Ukraine never took place.

Demings, a Democrat on the House Judiciary Committee, was asked during an interview on This Week whether it was relevant to the impeachment proceedings that Trump’s request for an investigation into Joe Biden never came to fruition. Host Martha Raddatz noted that no investigation into the Bidens ever happened and Ukraine received its military aid anyway, but Demings maintained that it was irrelevant.

This is a perversion of the rule of law and justice. You cannot be convicted for imaginary crimes. Even with a political maneuver like this, you still need evidence, which Democrats don’t have. They could just say they’re impeaching him because they don’t like him, but that would set forth a horrible precedent and further alienate Democrats from key swing state voters, who have given Trump a lot of credit for the booming economy. But at least they would be honest with their intentions.

For Democrats, in order to get Trump, they will lie, cheat, steal, and pervert anything to boot him from office. It’s odious. It’s a usurpation of our political system. It’s a coup in all but name. As with anything, they make up the rules as they go along. It’s time to play hardball.

We don’t need a smoking gun to impeach? What freak show is this? Oh right, it’s the Democratic House doing its part to imbrue and pervert the institutions it says it's trying to protect from Donald Trump. I think the enemy is within here. And I think the Left will find this existential enemy if it looks in the mirror. What the Left will see is a horrifying sight, a terrible creature, and one that represents the moral rot of America which is the Democratic Party.