Even Advocates of Past Governments Shutdowns Advise Extreme Caution This Time 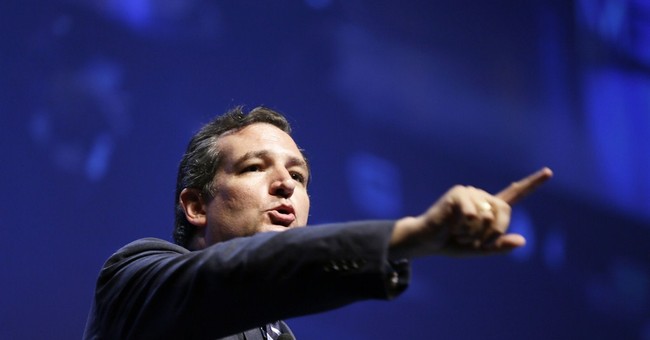 In years past, this column has urged conservative Republicans in Congress to shut down the federal government as a way to counter some of the hardline policies and stare down some of the more uncompromising positions taken by President Obama.

But the current row that's brewing among congressional Republicans is a different matter. Debate is raging about a proposed continuing resolution to fund the government, instead of passing a regular budget that would allow new funding for the assimilation of millions of illegal immigrants. This potential GOP strategy could easily turn growing support for the Republicans into opposition.

Don't get me wrong. The president's use of executive orders as a way to sidestep Congress and its constitutional role of lawmaking -- in this case to decree amnesty for illegal aliens -- is every bit a justification for shutting down the normal budget process.

Those who advocate a short extension of the current federal budget, along with a substantial cut in the budget of the Department of Homeland Security, have a justified legal and moral case for their position. If Republicans don't live up to the rhetoric that returned them to control of the House and won a majority in the Senate, they will risk the appearance of being toothless tigers who are willing to say anything to win an election.

I get all of that. In fact, I agree with their position: The president -- any president -- should not go unchallenged when he tries to bypass his constitutional authority by unilaterally decreeing laws.

But I have been down this shutdown road before with the man who first "paved" it, former U.S. House Speaker Newt Gingrich. That experience taught me that there is a huge difference between winning a battle and winning the war. In this case, the battle is the one over executive amnesty, but the war could be winning the presidency in 2016, as well as retaining majority control of the Senate. (Given the particular Senate seats up for contention in two years, that could be a taller order for the GOP than many think.)

It would be great to cut off funds to federal agencies and departments that are helping to implement "laws" that were never passed by Congress. And support for both Obamacare and amnesty are weak right now. But waiting on the sidelines is an elite media that is salivating over the prospect of a government shutdown. They know these shutdowns never get the support of the critically important independent and swing voters.

Republican Sen. Ted Cruz of Texas has joined a group of conservative House members that is demanding a very short period of time for any continuing resolution that would fund the federal government. Cruz is a dedicated conservative member of the Senate, but his motives for pushing another potential shutdown are more likely centered around his own potential run for president in 2016. Ironically, if he were to get his way, a shutdown would most assuredly take place, and Cruz would find his electability as a potential presidential nominee ruined.

That's a shame, because what Barack Obama needs is a swift kick in his posterior from Congress. It skirts the very essence of our Constitution's spirit of a balance of power for the president to arrogantly abuse the use of regulations and executive orders to implement policy that is opposed by both a majority of Americans and by the Republican-majority Congress that will be seated in January.

But it would be a political catastrophe to try to pull off a shutdown before new members of the House and Senate even learn a little bit about how things work in their respective chambers. It would look like overreach -- political showboating. And it would be used as fodder by the liberal media in the 2016 elections.

There are other ways to dismantle at least some of the damage President Obama has done. But it will take careful planning by congressional Republicans to implement any meaningful countermeasures to the president's policies. It's true that the Gingrich shutdown in the '90s actually forced then-President Bill Clinton to push for more conservative policies than he otherwise would have. But Clinton was a more reasonable and pragmatic Democratic president than Obama is.

Sadly, necessarily, this is one shutdown that we need to let pass by.