Will Politics Rule When Ebola and Flu Season Converge? 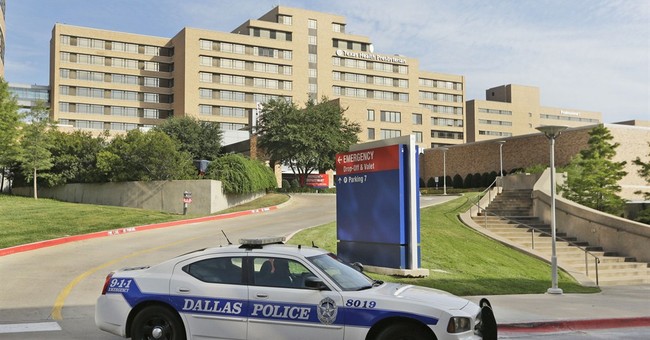 Let's get one thing straight. The many who have contracted the Ebola virus, and who tragically have suffered and died from it, deserve nothing but our sympathy and prayers. They are innocents who in most cases have been trapped in an area of deep poverty, with little or no access to modern medicine. And the many more who likely will suffer the same fate need the same concern and sympathy.

But even though the decision not to restrict border entry based on areas of prior travel or nation of residence may prove to be politically expedient, it also may be a source of immense confusion and frustration in the coming months.

I am not a physician or an epidemiologist, nor do I claim any special knowledge of this tragic health emergency. But I do know that opinions vary widely on the Ebola virus, even among those with the highest degree of expertise. The Centers for Disease Control has maintained that the virus is only contracted by direct exposure to bodily fluids. But the man who first discovered the virus in the 1970s says that such exposure can easily happen.

One thing is clear. The federal government has decided to take the approach of containing any potential cases of the Ebola virus once it has entered the United States, rather than refusing entry, or even quarantining, all who attempt to enter the country from impacted areas or who are holding passports from those areas.

The CDC director argues that sealing off our nation from such potential exposure would only add to the number of infections worldwide. Many struggle to understand his logic. But he is head of the CDC, so we presume that he knows what he's talking about.

But that doesn't solve the potential impact of a scenario that could take place later this year. As we enter the flu season, there is, even by the CDC's own admission, the possibility that there will be cases of Ebola that might present themselves in emergency rooms or even in the offices of family physicians. Such unfortunate instances may well occur just as our annual flu season rears its ugly head.

Most health care experts know the difference between a case of the flu and one of Ebola, but most Americans don't. More importantly, there have been years in which emergency rooms and physicians' offices have been swamped with patients fighting the flu. Yes, there are quick tests for flu, but again, a majority of Americans don't know that. So confusion mixed with news of a more widespread outbreak of Ebola would seem troubling to many.

For many learned professionals, these worries would be written off as the concerns of some ill-informed Americans. But unfortunately, many of us are indeed uninformed when it comes to major health issues, particularly when the scientific and medical communities are split or at least fuzzy about some of the specifics about a deadly virus.

No one wants this entire episode to be anything more than a minor blip on the radar in the United States and a tragedy averted and contained in West Africa. But when one health organization is talking about well over a million cases by the end of the year, and another isn't really talking at all, it is understandable why the general public might be confused, if not a bit panicked in the coming months.

It would be tragic if people came to fear an airline flight or a public mall or even going to an emergency room or other health care facility because of concerns about the risk of sitting next to someone who sneezes (or worse). Yes, we can isolate and treat the few who are infected, but what if the public comes to think that the few might become the many?

Sometimes promoting open international travel for the sake of political convictions makes sense. But in this case, all the screening in the world might not make up for the economic and psychological impact a "flu meets Ebola" event might bring.

Of course, such a scenario is a very low percentage risk. Or so we hope.