Why Bail Out Banks If They Can't Lend Money or Pay Decent Interest? 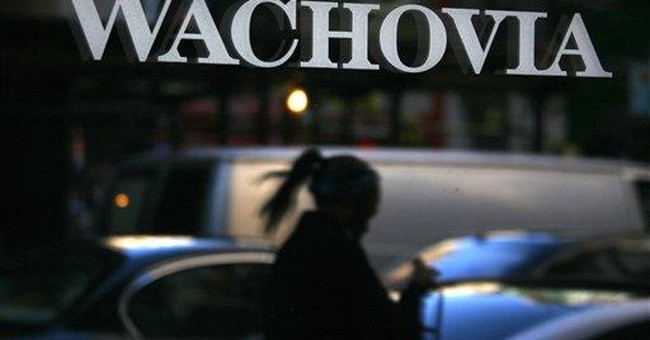 OK, let's get this straight. The banks needed a bailout to keep liquidity from freezing up. I got it. I understood how their big drop in value during the crisis last fall could have left us with empty ATMs. I got it. Now what I don't get is how in the world anyone expects the economy to recover if the government puts too tight a set of restrictions on banks making loans, or if banks choose just to sit on their cash.

So now we come to the next round of bailout money, and both President Bush and President-elect Obama want the money paid out. And once again, Fed Chairman Bernard Bernanke says we need money to go to the banks. OK, again I get it. No, wait, I don't.

Right now it is virtually impossible to get a so-called "Jumbo Loan" on a house. (That's generally any amount over $500,000 in the United States.) That means a massive number of houses can't be purchased even if buyers have good credit and strong income.

Small businesses have to be making money hand over fist in a rough economy in order to qualify even for small loans -- be it for capital improvements or to provide modest lines of credit to help keep businesses running while clients and customers slowly pay what are, in reality, good and steady receivables.

Car loans. What a joke. No one is buying cars.

And as for getting a return on your investment in a bank -- you must be joking. With the Fed having cut interest rates to the core, most banks, particularly the big ones who say they need bailouts, would be better off giving you that free toaster they used to offer. It would be more valuable than the return their money market accounts can provide.

It's not just the banks' fault. The government has a noose around the banking industry's neck. After all, we wouldn't want any bad loans being made that could be risky, would we? So it is a vicious cycle. We give hard-earned dollars to mega-banks, and they can't or won't loan it to anyone except those who already have money and don't need it. The government then provides the excuse by placing strict lending requirements into effect. This is one guaranteed way to send us right into a prolonged recession, if not a depression.

We need capital freed up and into the hands of homeowners, entrepreneurs and businesses right now. Surely there is some means to avoid the sheer recklessness we witnessed in recent years, while at the same time putting real cash into struggling businesses that have been run well, have a track record of surviving and need help during this period of mass economic panic.

The same goes for those who want to take advantage of great deals in the housing market, and sellers who desperately need those purchases to take place. Look, when this housing and credit bubble started, it was because banks and lenders would give credit to anyone with a pulse. Houses were being grossly overvalued for lending purposes. People were buying up second homes in hot markets, often just to "flip them" before the project was even complete. They sold them to eager buyers who would pay an even higher price for what the seller had purchased the property.

America was drunk on borrowing, and gambling with mortgages and credit. Don't the banks and our government now realize that there is a happy medium and that there are millions of small businesses, potential home buyers and responsible people who could put their dollars to work keeping their company doors open; who could buy that distressed house and allow its panicked and heartbroken owner to pay the debt off; people who could continue to buy merchandise in our stores and from our auto dealers?

We are a nation frozen by fear. In my new book, "Paranoid Nation: The Real Story of The 2008 Fight For The Presidency," I chronicle how this whole mess started. And readers of this column will recall that for years I was critical of Alan Greenspan's manipulation of the free market system. But I wrote of a nation that was forced into paranoia by circumstances beyond its own control -- or at least that was under the control of a select few individuals.

It's time to end the paranoia. One way to do it is to demand that these banks share the wealth with the common person. There may be some risk. But the greater risk would be the total collapse of economy, which will take place if someone doesn't shake up this banking system in a hurry.