Why More and More Politicians Are Rotten to the Core 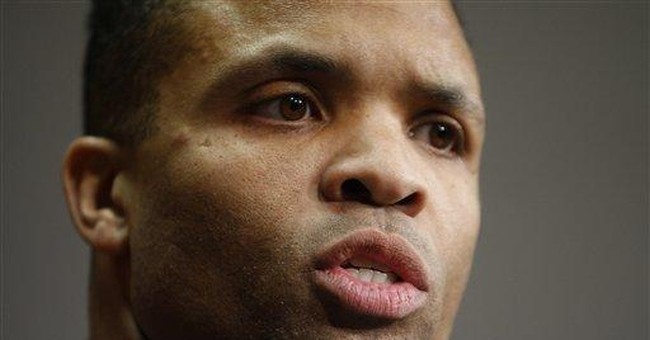 That the governor of Illinois would attempt to sell a U.S. Senate seat didn't shock me. Across America, there is a growing sense of entitlement among more and more elected officials. Not all, of course, but too many.

From city councils to Congress, elected positions have evolved from their intended part-time status to full-time obsessions. And as governments have grown, so have their access to big money. Political leaders now hold life-and-death fiscal power over people and businesses.

Most states' legislatures were designed to be part-time, citizens' deliberative bodies. The harvest schedules of old agrarian societies were a reason. So were comparatively modest government budgets.

Now most state legislators, no matter how green, are approached from the start of their terms by genuflecting lobbyists, business leaders and civic groups. These legislators understand that their new jobs are essentially year-round ones. Committee meetings, special sessions and the like are essentially gimmickry to keep elected officials in their respective capital cities as often as possible.

How do these people make a living? There's the hitch. Some are independently wealthy. Some own companies they don't run. Others have understanding bosses. But in way too many cases, elected officials are drawn to elective or appointed office for the power and prestige. Only later do they realize they've got no way to pay for the necessities of life, much less for the conspicuous consumption they continually see as part of the world of elected officials.

This explains why someone as powerful as Illinois Governor Rod "They Owe Me" Blagojevich can feel that his salary just isn't enough, and that maybe he and his wife should be paid handsomely so that some lucky person can replace Barack Obama in the U.S. Senate.

Please know that there are countless decent and hardworking people holding elected office in America. But their numbers are dwindling. Too many talented people work in the private sector instead of the public one. It's simply about economic security.

Too many people are attracted to elective office to satisfy their own egos. They're willing to sacrifice family and personal economic responsibility so that they can regularly get their rear ends kissed. It's sad, but it's true. Believe me.

Some states have gotten smart. Florida has a total ban on gifts and gratuities to its elected officials. That helps. But efforts like these don't eliminate the arrogance and sense of entitlement that make some part-time public officials feel entitled to honor and tribute at every turn.

Things have just gotten out of control, folks. Now, in many states, an election for a legislative position that pays under $20,000 can cost hundreds of thousands of dollars to win. That's appalling and absurd.

I've spent my entire adult life either around elected officials or, for several years, as one myself. I've watched as what was meant to be temporary public service turned into unending self-service. I can't tell you how many elected officials now expect the finest meals, tickets to prestigious events and so on. Some completely neglect their families, both financially and emotionally.

Something must be done to make public service a reality and not just a campaign slogan. Either let's pay these people what it takes to attract the kind of talent really good leadership demands; or let's put more limitations on their power. Otherwise, the Illinois governor may be the vanguard of a long train of public service felons to come in the years ahead.