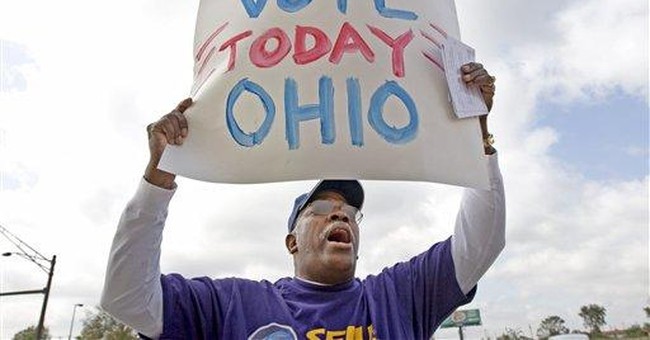 The economy is the only issue we should be concerned with for this election. Right?

… Well, not if the Judicial Confirmation Network (JCN) has anything to say about it.  Formed in 2005 to support the confirmation of President Bush’s judicial nominees, the JCN is now launching TV ads aimed at bringing judicial issues back to the forefront.

Wall Street may dominate the popular imagination, but the JCN’s Gary Marx is quick to point out that other major issues simply cannot be put aside during the financial crisis.  The stakes are, indeed, high.  While today’s economic woes might well be resolved in two or three years, a Supreme Court Justice is appointed for life.  The challenge, of course, is to remind voters that the person we elect in a few short weeks will make decisions that impact more not just the economy – but a variety of issues ranging from abortion to free speech.

As proof of just how important legal issues could be in the next administration, Marx noted that several Supreme Court justices are nearing retirement age (John Paul Stevens, for example, is eighty-eight years old!). Perhaps even more telling, however, is the fact that he seemed to think that there is, at least, a possibility that Senator Hillary Clinton could become Justice Hillary Clinton under an Obama Administration.

The issue of judges may not be getting as much focus as the JCN would like, but perhaps their own efforts could change that. Their latest television ad made quite a splash by asserting that Barack Obama’s poor choice of associates -- William Ayers (whose wife Bernadine Dorn is a law professor), Tony Rezko, and Jeremiah Wright -- reflects badly on his judgment, which will be crucial in his selection of Supreme Court justices.

Not surprisingly, the New York Times was a little miffed. “There is no way”, said Times reporter Patrick Healy, “that Senator Barack Obama would ever nominate three controversial figures from his past to serve on the United States Supreme Court. Yet, the names and faces of the three mean appear in a new television ad.”

Even Obama, himself, felt compelled to respond in an ad starring running mate Joe Biden: “Barack loves his country,” Biden scolds, “he’s condemned the acts of those people, they don’t work in our campaign, and they won’t work in our White House.” The Gentleman from Delaware then assures the American people that, “if you want to know what kind people Barack will consult as president, well, you’re looking at him.”

I’m guessing Marx was jumping for joy when he saw that ad. I interviewed him days before it appeared, and he was already citing Biden as a reason we should be worried about the Supreme Court. He took great pains to emphasize that Biden is dropping ominous hints about how the court could change under Obama. Recalling Biden’s comments in the Vice Presidential debate, Marx noted that, “Joe Biden went out of his way to say that, ‘I learned that I really needed to have much more of a litmus test, and there should be judges that adhere to a specific liberal ideology. I learned that I needed to be much more partisan when it came to judicial nominations.’”  Marx said that those comments were, “an eye into the judicial philosophy that’s at stake.”

Of course, party affiliation has not, in the past, been a predictor of good judges.   The first George Bush nominated David Souter, Gerald Ford nominated John Paul Stevens, Richard Nixon gave us Warren Berger, and Dwight Eisenhower produced Chief Justice Earl Warren…the man who presided over the Court’s dramatic swing to the left. Even Ronald Reagan picked Sandra Day O’Connor and Anthony Kennedy.  Marx credits the rise of numerous court-watching organizations like JCN with the increased pressure on the Bush Administration to produce qualified, proven justices rather than “stealth” nominees like David Souter. John Roberts and Sam Alito have both proven to be stellar picks, while stealth pick Harriet Miers had to withdraw.

With the Bush Administration drawing to a close, JCN is now institutionalizing itself as a presence on the political scene. Marx listed two key aims that the organization will pursue as they move forward: First, they will continue to fight for “highly qualified” nominees to the highest court in the land; and second, they will try to ensure that every judicial nominee (liberal or conservative) is given an up-or-down vote in the Senate.

They know their stuff when it comes to the Supreme Court, and they have every right to question Senator Obama’s judicial judgment – especially given Obama’s past associations with radicals and Biden’s flagrant disregard for judicial neutrality.

Whether you are worried about the so-called “Fairness Doctrine” or the abortion issue, the next president will select Supreme Court Justices that will dramatically impact your life.  But are voters paying attention?  With any luck, the Judicial Confirmation Network will succeed in their quest to bring judges back to the forefront of the political debate. The economy may be scary right now, but the idea of referring to “Justice Clinton” for the next two decades could be even scarier.