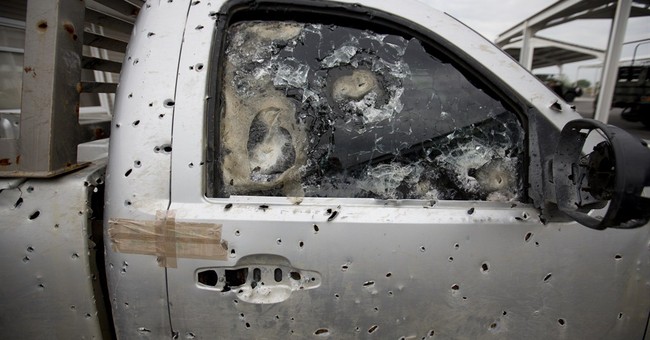 As you begin to look closely into the actual organization of the Mexican cartels operating throughout the world, you quickly learn that they are set up and function much like any fortune 500 company. They are multi-level organizations, having everything from a CEO level down to the assembly line level worker, and everything in between. They have a strict code that they live by for the most part, which has a strong “machismo” factor, and makes their structure and practices look much like the old Italian mafia organizations. The exception being of course that today’s Mexican cartels have crossed all boundaries recognized and practiced by the “old school” bosses. Things like women and children being excluded from the organizations business, or not allowing business to be taken to the homes or families as a general rule are long gone. These cartels have crossed all boundaries with their violence and boldness, and view themselves as untouchables.

In the United States, the part of the organization that we typically see and deal with would essentially be some executive level staff, mid-level managers, and the laborers. The executive staff are generally in positions in which they are simply directing activities, coordinating movement and distribution, and receiving orders from the Mexican side bosses. The majority of the upper level staff will pass off the direct supervision and hands on management to the mid-level guys. Generally speaking the mid-level and laborers are those which we as local law enforcement will most often deal with, with the federal agencies dealing with the executive level members as these are usually connected to international investigations.

So what is it that we see at the local level? What is it that local Sheriff’s and Police have to combat besides their normal duties of responding to calls for service for the normal citizens of our nation? Well that vast desert area that I spoke of in part one is where we will start. This is where we have over one hundred cartel operatives, known as scouts, from the outskirts of Phoenix to the Mexican border. These scouts live and work on mountain tops for weeks on end, with their main function being to observe and report. Their locations are most commonly referred to as “listening posts and observation posts” or LP/OP’s. They utilize professional grade radios, much like those that law enforcement use, to communicate from their positions. These radios usually operate on hi-jacked U.S. frequencies, and they operate with rolling encryption to block anyone not in their group from hearing their conversations. They communicate the presence of law enforcement and direct the movement of those actually transporting the drugs North. These scouts normally arm themselves as they are also utilized as protection for the transporters to ensure they do not get robbed along their routes.

That brings us to our next group of cartel operatives, which are the transporters. In the vast desert areas there are backpackers or mules. These mules will carry the drugs on their backs for six or more days until they reach a pre-determined location, usually along an interstate or major roadway for easy pick up. There are also vehicle transporters in these desert areas, normally using stolen vehicles that are taken from the Phoenix area down to the border, packed with drugs, and then driven back North to stash houses.

At the stash houses the drugs are usually broken down into smaller quantities or turned over to their buyers, and distributed throughout the U.S. The stash houses usually have a security element to ensure that the cartel is not ripped off of their product, as well as personnel designated to receive, break down, and repackaged the product. Sometimes they will also handle money at these locations, with money counters and heat sealing equipment to package and ship the money back to the bosses in Mexico.

In addition to these operatives discussed thus far, you will also have crews designated to steal the vehicles used for transporting. Many times these same crews hold the responsibility of providing supplies to the scouts on their way South. These supplies come in the form of batteries for radios, food, water, clothing and sometimes payment. If it is a crew that does not use stolen vehicles, then then will be responsible for registering multiple vehicles using third party companies that are normally just cartel fronts. These vehicles are usually registered to fake addresses and fake people, and stored at stash houses or drop houses (houses used as “crash pads”) until it is time to pick up the product.

We have essentially scratched the surface here of the cartel operations in our area of the United States. However, as you can see this is no small or unorganized group of criminals. These cartels are very precise in their tactics, many having done this type of work for years. They have a very established network, and established routes and connections which actually date back to the Pancho Villa days. They also have an extremely large profit margin, which is the driving force behind this machine called the Mexican cartel.