Mexican Drug Cartels are Feeding off of Washington's Ignorance 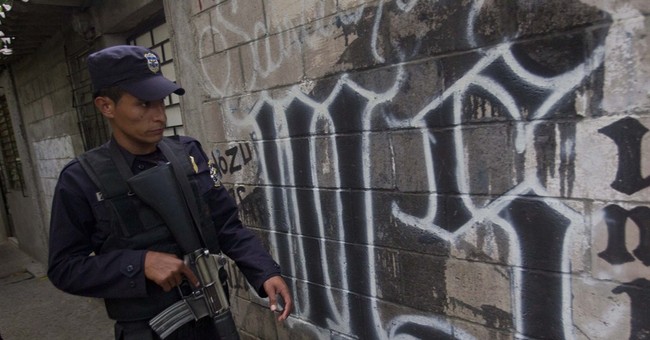 As our country is bombarded with the Washington D.C. politics, we often hear our elected officials make proclamations ranging from “the border is more secure than ever” to the opposite extreme of being overrun like we were at the Alamo. Of course the truth lies somewhere in the middle, and the fact is that our nation has a serious problem here at our southern borders. These arguments are taking place as the concerns of terrorist attacks within the borders of our country has become increasingly worrisome with terrorist groups becoming bolder than ever in their attacks on innocent people.

So having lived in the Southwest my entire life, and in fact having been born and raised in Arizona, I am all too familiar with the problems associated with the U.S. and Mexico border. As a child, the border was just that thing you crossed to visit the Mexican shops and purchase pure vanilla, medicines, and decorative art. As I aged and then began a career in law enforcement, I began to gain an understanding of the many different aspects of the underworld. In fact, in this area of the nation we deal with organized groups of criminals from Mexico, which is most commonly referred to as Mexican Cartels in today’s world.

While working to combat these particular criminal organizations, it became increasingly easy to gain a true understanding of how deeply rooted these criminals were along the southern border and in the United States. It also became immediately apparent how organized, efficient, and technologically savvy these cartels were. Over the past twenty years these criminals have transformed significantly. The cartels have graduated from organizations providing routes and transportation of humans and drugs for other criminal organizations, to now being one of the most organized and violent criminal elements in the world. The Mexican cartels have graduated from being the guys providing the transport through their territories into the big dogs. They control everything from the manufacture, transport and sales of drugs, to theft and resale of crude oil and gold. They essentially have a choke hold on their nation, and they are deeply rooted in ours as well.

Often times, people either do not know or just do not understand what is being dealt with in this part of the country. As such many people will discount as political rhetoric the very real problems associated these cartels. I for one can counter that claim with facts, and story after story of a constant battle in combating these cartels in their forceful push into our country. The fact that they push tons of illegal drugs annually into the U.S. is very concerning, but even more concerning are the alliances and partnerships that these criminals have made in their rise to power. These alliances, consisting of groups such as the state sponsored terrorist group Hezbollah and the ruthless and notorious gang Mara Salvatrucha 13 or “MS-13”, set the stage for increased levels of violence and lawlessness on both sides of the U.S./Mexico border. Combined with the fact that these cartels have expanded their business reaches across the globe, it means that the wolf hovering on our southern borders has an ever increasing pack and they are very hungry for prey.

In talking to those who have or are working within these cartels, you quickly realize that they have a blatant disregard for any rule of law. They do not recognize nor concern themselves with international borders. They are predators by nature, and their world not only thrives on but glorifies violence. They operate on intimidation and fear, as they boastfully state “plata or plomo” or “silver or lead”. This mantra essentially translates into the fact that they will buy you or kill you, your choice. The cartel members demand a high level of respect from all they deal with. Business deals are sealed with a handshake, while business mistakes are sealed with death. Theirs is a world of machismo, women, fast cars, bling and weapons, and has become its own culture in the Latin American world.

So, for any failing to recognize a problem here in the Southwest United States, this is your awakening. There should be a clear understanding that there is a daily battle going here between those who are eroding our country and those of us who defend it daily. The fight and the problem are real, and will not go away anytime soon as it is fueled by the ridiculous amounts of profits that these criminal groups are making. The solution lies with the American people, and with those whom we hire to staff the political offices to represent us. Americans must ensure that we are electing those people who have a true understanding of the issues, not an understanding of a brief that a staffer was given by a lobbyist. Rather they must visit the areas affected, talk to the people who hired them, and see for themselves how real people are dealing with these very real problems.

Rush to McConnell: Skip confirmation hearings and go right to SCOTUS vote
Hotair
Pres. Trump and the GOP Should Want This Fight Over the Supreme Court — the Nominee Should Set off a Partisan Brawl
Redstate