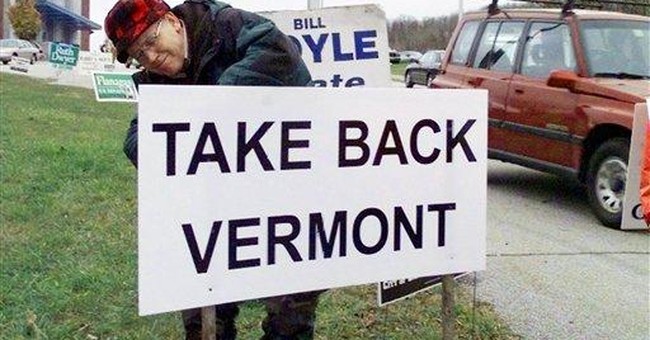 You can’t help but feel a little sorry for Amanda Beck.  She’s a reporter from Reuters who was among the first to cover a new study conducted by researchers at the University of California, San Francisco, which warns about an outbreak of a virulent, drug-resistant, and potentially deadly strain of Staph infection afflicting certain segments of the homosexual community.

Because this particular strain can be transmitted through “skin-to-skin contact,” researchers fear the outbreak “has the potential for rapid, nationwide dissemination” and will spread to “the general population.”  Once it does, they say it will be “unstoppable.”

The initial reporting by some in the mainstream media, even The New York Times, was fairly accurate and balanced.  It superficially addressed the study’s lucid data and sound conclusions.

But all that quickly changed.

You see, by even reporting on this study, Amanda Beck and her media codefendants deviated from the script.  They broke the rules.  And in so doing, they really, really ticked off that 500-pound homosexual activist gorilla and his yappy, apple polishing lapdogs back at media central.

Here’s where Amanda went wrong.  She objectively provided scientific information to the public which cast “high risk” homosexual conduct in a negative light.  She led people to a credible medical study that underscores the potential consequences of a demonstrably dangerous and desperately empty lifestyle.

She dared to report the study’s genuine findings, and for that, Amanda Beck and her media co-condemned will, no doubt, be working the obits beat in journalistic Siberia until they’ve successfully completed obligatory “sensitivity” training.

Dr. Binh Diep, the researcher who led the study, told Reuters, “Once this reaches the general population, it will be truly unstoppable … ‘We think that it's spread through sexual activity.’”

And the fan was thusly and most directly hit.

Now began the backpedaling: “Move along, folks, nothing to see here,” seemed to bark The New York Times, Newsweek and other media outlets.  “Ignore that homosexual pressure group behind the curtain.”

Following the lead of “gay” activists, the mainstream media desperately scrambled to change the subject, engaging in a classic “kill-the-messenger” strategy.  The researchers who conducted the study were even attacked, and calls by groups like Concerned Women for America (CWA) to end political promotion of the “high-risk behaviors” associated with the outbreak were warped through a prism of obfuscation and misdirection.

Homosexual groups and the media set up a mean ol’ straw man and took to knocking the stuffing out of him. Conservative organizations were suggested to have claimed the outbreak was “the new AIDS,” a “new gay disease” and “the gay plague,” all things which nobody I know ever implied.

They mischaracterized a Centers for Disease Control and Prevention statement on the controversy as a repudiation of the study (which, of course, it was not).   “There is no evidence at this time to suggest that MRSA is a sexually-transmitted infection in the classical sense,” read the statement.  Again, nobody said MRSA was “a sexually-transmitted infection in the classical sense.” (Emphasis added).  The study merely found that, as it pertains to certain segments of the “gay” community, it was being transmitted through “high-risk” sexual behaviors.

The New York Times disingenuously reported that the researchers had “issued an apology” for releasing “their findings.”  “We deplore negative targeting of specific populations in association with MRSA infections or other public health concerns,” said Dr. Henry Chambers in what hardly amounted to “an apology.”

But the coup de grâce came when Kevin Berger — some cat over at Salon Magazine — personally attacked me.  He noted that a handful of professional football players with turf burns had also contracted MRSA.

So desperate was he to downplay this behaviorally related MRSA outbreak among “gays” that he wrote an entire article built around the premise that, “It is fair to reason that more American men play football than have sex with one another.”

That little bit of flapdoodle was so rich that I was tempted to respond in kind with an article but decided against it.  This poor fellow’s tortured logic betrays his folly.  I wouldn’t want to pile on.  It’d be like pulling a little girl’s pigtails, and I hate to appear “mean-spirited.”

Nonetheless, Berger’s dodgy rationalization perfectly encapsulates the strategy employed by both the homosexual lobby and the rest of his media cohorts.  They can’t possibly be this deep in denial, so the cover up must be intentional.

Still, the actual study left little room for rationalization.  It determined that the spread of MRSA, “among men who have sex with men is associated with high-risk behaviors, including use of methamphetamine and other illicit drugs, sex with multiple partners, participation in a group sex party, use of the internet for sexual contacts, skin-abrading sex, and history of sexually transmitted infections.”

Ultimately, the study warned that, “Having male-male sex seems to be a risk factor for [MRSA] … The infection frequently manifests as an abscess or cellulitis in the buttocks, genitals, or perineum, and male-male sex was a risk factor.”

The study found that this behaviorally related “[MRSA] epidemic probably started in San Francisco and has been disseminated by the frequent cross-coastal travel of men who have sex with men.”

It all boils down to this: The human body is quite callous in how it handles mistreatment and the perversion of its natural functions. When two men mimic the act of heterosexual intercourse with one another, they create an environment, a biological counterfeit, wherein disease can thrive. Unnatural behaviors beget natural consequences.

The medical community has known for decades that homosexual conduct, especially among males, creates a breeding ground for often deadly disease.  In recent years we’ve seen a profound resurgence in cases of HIV/AIDS, syphilis, rectal gonorrhea and many other STDs among those who call themselves “gay.”

But don’t take my word for it.  Ask one of their own.  Prolific author and homosexual activist, Jack Hart:

“The same patterns of increased sexual risk behaviors among men who have sex with men … have been driving resurgent epidemics of early syphilis, rectal gonorrhea, and new HIV infections in San Francisco, Boston, and elsewhere,” concluded the MRSA study.

So finally, I ask this question, and it’s a troubling one indeed:  What can one say about the character of organized political activists and mainstream journalists who would intentionally place a deceptive political agenda above the health and well-being of Americans, including members of their own community? … Who would choose to deliberately quash valuable medical information which might save lives simply because it creates a setback to narrow political ambitions?

I know what I’d say, and it sure ain’t nice.