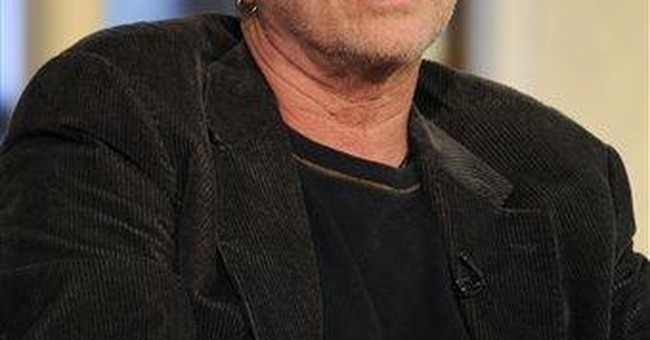 Imagine if, as you chat with your child’s first-grade teacher and ask about how he decided to embark on a career in education, he told you, “I walked out of jail and into my first teaching job.”

Imagine him telling you that his days in jail and violent protesting were formative to his teaching philosophy.

Most parents would have a serious discussion with the principal.

But the teacher who brags about such beginnings is now a “Distinguished Professor of Education.” Despite his specialty as “Professor of Curriculum and Instruction,” he trains future teachers to dispense with curricula and discipline, as well as tests and grades.

His many books appear on syllabi in education schools. Regarding classroom management, he advises future teachers to hold on “until the storm” of the “wildest kids in their fullest eruptions” passes. Knowledge of the subject is unimportant; the teacher’s willingness to “plunge into the unknown alongside their students” is. So is the teacher’s “love.”

Yet, as he told the World Education Forum and President Hugo Chavez during one of several trips to Venezuela, education does have a goal: it is “the motor-force of revolution.” This education professor also enjoys a lucrative sideline as invited speaker to education conferences, college and high school assemblies, and civic groups, in the United States and Europe, but has been barred from Canada on several occasions.

This, of course, is William Ayers, Ed.D., who came into the news during the presidential campaign for his association with Barack Obama on the Chicago Annenberg Challenge.

It was in his 2001 memoir, “Fugitive Days,” that Ayers bragged about walking into his first teaching job at the alternative Children’s Community school in Ann Arbor, “a school that, we hoped, would change the world.” His leadership in the Weather Underground, a terrorist organization, and the quotation about having “no regrets” for that, appeared in the New York Times on 9/11 and was repeated in 2008.

Ayers and wife Bernardine Dohrn hid from the law for the better part of the 1970s, until 1979 when charges for terroristic activities were dropped, as a result of President Carter’s justice department’s pursuit of the FBI and accusation of illegal wiretapping. The couple is still being investigated for the 1970 police station bombing that killed Police Sergeant Brian V. McDonnell.

Today, Ayers and Dohrn sit on the board of Movement for a Democratic Society, which has been guiding a resurgent “SDS” of student activists who intimidate conservative speakers on campuses.

Ayers laid low until after the election. But now he and Dohrn enjoy invitations on the speaking circuit, many for their latest book, “Race Course Against White Supremacy,” whose premise is that as long as the U.S. remains capitalistic it will remain racist.

The wish to overthrow capitalism repeats young Ayers’ fantasies of the “red army” marching in to take over amidst the chaos of protests, as he describes in “Fugitive Days.” Dohrn once laughed about the Charles Manson murders. A professor at Northwestern University School of Law, she now directs the Children and Family Law Justice Center.

Ayers is vice president of the curriculum studies division in the 25,000-member American Educational Research Association.

But declining national test scores and widening racial disparities show a failure of Ayers’ “progressive” methods. In spite of upwards of $150 million spent on the Chicago Annenberg Challenge achievement scores were not raised, as Stanley Kurtz has pointed out. As education writer Diane Ravitch, citing parents’ complaints about their children’s low achievement, notes, it is minority children who are usually the most harmed by the education methods promoted by Ayers.

The trajectory of inmate to teacher to bomb thrower to fugitive to graduate student at Columbia Teachers College, and then to “distinguished professor” at a public university that educates future teachers might seem to be a strange one. But Ayers’ influence is felt far and wide. Most people know him only as someone with a terrorist past who palled around with Barack Obama.

But, in the classroom, Ayers continues to work for the overthrow of our government as he trains future teachers, as I’ve described in my reports for America’s Survival. I’ll also be participating in a conference on “Communism in the Classroom,” with America’s Survival President Cliff Kincaid and Grove City College Professor and Townhall columnist Paul Kengor on August 20, 2009. It begins at 12:30 p.m. in the First Amendment Lounge of the National Press Club in Washington, D.C. For more information and to read the reports, please go here.