The Souls behind the Christmas Classics 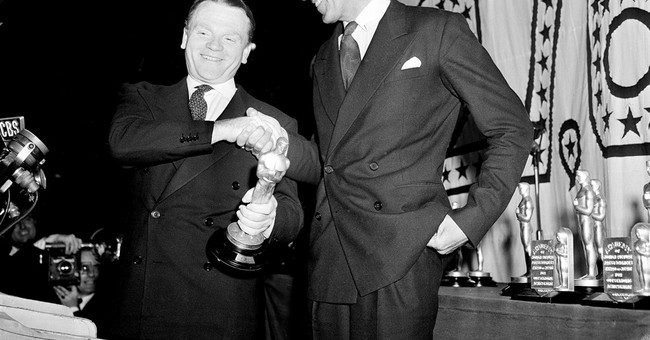 Every year as we celebrate the birth of Christ, one time-honored tradition is that of sitting in the warmth of our homes and enjoying classic Hollywood films with friends and family, if not alone, as we savor the days of Christmas.

These cinematic treasures help us appreciate the momentous reality of Christ becoming man because they exemplify, in many respects, the goodness and virtue he embodied, and which a Christian—“a bearer of Christ”—is called to live. Often this happens through characters such as George Bailey and Ebenezer Scrooge, in, respectively, It’s a Wonderful Life (1945) and A Christmas Carol, produced numerous times, including the 1938 and 1971 classics, starring Reginald Owens and Albert Finney, who exemplify our weak human nature and how, with grace, it is beautifully overcome.

These Christmas films feature legends of Hollywood—many of whom I write about in Oasis: Conversion Stories of Hollywood Legends, including:

Gary Cooper who starred in Frank Capra’s classic “Meet John Doe” (1941), about a quintessential common man (Cooper) up against powerful state forces seeking to undermine his humanity, and that of all common men everywhere, which he vows to dramatize on Christmas Day;

Mary Astor, who starred in the turn of the 20th century Vincent Minelli masterpiece, “Meet Me in St. Louis,” set before and during the 1904 World’s Fair in St. Louis, which exemplifies the strong family bonds that typified American families then;

John Wayne, who starred in the poignant classic, “Three Godfathers” (1948; also made in 1916 and 1936), about three outlaws on the lam, who discovering a dying woman and her newborn baby in the desert, vow to save the baby;

Betty Hutton, who starred in “The Miracle of Morgan Creek” (1944), a Preston Sturges World War II comedy classic, with an amazing twist;

Patricia Neal, who starred in “The Waltons” (1971), another film about maintaining strong family bonds during tough times, in this case, during the Depression era;

Lana Turner, who starred in “Imitation of Life,” the 1959 remake of the classic 1934 film about cleansing the stain of racism;

Bob Hope in “The Lemon Drop Kid,” a hit comedy where the “Kid” (Hope) pressed to repay $10,000 to an irate gangster, celebrates the spirit of Christmas and people willing to part with their money!

It’s easy enough to take these stars and the joy they bring into our lives for granted. But did you ever consider the blood, sweat and tears that went into their performances? What my friend Harry Flynn, formerly Bob Hope’s publicist, calls “the soul behind the billboard.”

As Gary Cooper famously said, “No player ever rises to prominence solely on talent. They’re molded by forces other than themselves. They should remember this—and at least twice a week drop to their knees and thank Providence for elevating them from cow ranches, dime store ribbon counters and bookkeeping desks.”

God was there, ensuring they would play their role.

And, he was there later, offering his grace and healing when they stumbled along the way. For the fortunate “all-star twelve” I write about—including Alfred Hitchcock, Cooper, Hope, Astor, Wayne, Ann Sothern, Jane Wyman, Susan Hayward, Turner, Hutton, Ann Miller, and Patricia Neal—they embraced the healing love and forgiveness as they did battle with their demons.

For some, it was a long journey. Others glimpsed their need for God early on. It was not always an easy road. The stories in Oasis are laced with great suffering and tragedy as these legends made their way out of the wilderness of human frailty, and ultimately arrived safely in God’s loving arms.