Advice for Parents of Bullies 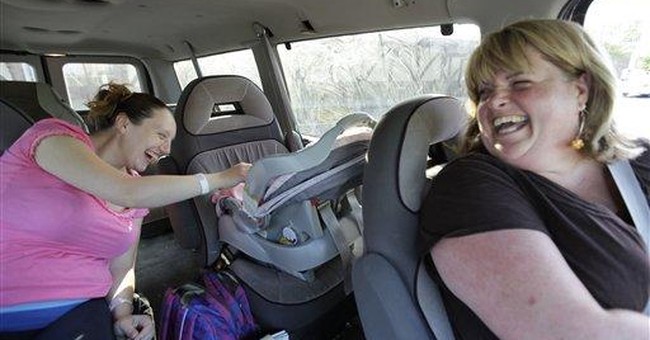 A week ago, the tragic suicide of Rutgers University freshman Tyler Clementi prompted me and countless other columnists to consider the rising rates of bullying among our nation’s youth and young adults.

Clementi was the apparent victim of an invasion of privacy when a fellow student allegedly used a hidden camera to stream Mr. Clementi’s sexual liaison over the Internet. The humiliation of this incident led to his decision to end his life by jumping off the George Washington Bridge.

The nation is still reeling from this and several other recent suicides attributed to ongoing bullying and harassment. Meanwhile, news stories of more incidents of bullying are becoming as regular as the weather report.

To wit: Monday’s headlines included this from CBSPhilly.com: “Delaware Teen Knocks Over Portable Toilet With Boy Inside.”

This time, according to the report, a 14-year-old bully threatened a group of 7-year-olds in a Newark, Del. park until one of them, in an attempt to diffuse the threats, complied with the bully’s demand that he enter a portable toilet. The older boy then knocked over the toilet, leaving the younger child screaming and covered in human waste.

Reports say the bully laughed and walked away, while the victim’s young companions scurried to get their pal out of the unit and find help.

Just as reports of bullying seem to be on the rise, so too are advice columns telling parents how to deal with this destructive behavior. The headline of one sent to me this week by the parenting web site Momlogic.com caught my eye: “What if your kid’s the bully?”

Assuming anyone whose child truly is a bully ever reads parenting advice columns (doubtful), you’d hope this article would do some good. But what I found in it is the same pop-psychology message that has undermined the development of conscience and character for at least a generation – the “feel good” parenting advice to “condemn the behavior, not your child.”

The article says parents should define bullying as “unacceptable,” but it discourages parents from couching the issue in terms our children need most of all: Bullying reflects that you are bad.

Supposedly, bullies behave aggressively toward others because they themselves lack self-esteem, or because they seek to fulfill a need for power that perhaps is missing at home. They ought to be excused to a degree because they only act on emotional needs for which they’re not responsible. Therefore, the expert says, don’t make matters worse. Rather than condemn the bully, teach him to be empathetic towards others, especially those who are different.

Regarding such advice I say: Thanks, parenting expert, for helping our society raise the kinds of kids who would force a seven-year-old into a Porta-jon only to knock it over. Which is to say, thanks for helping perpetuate an increase of Bad Kids.

Because of “expert” advice such as this, we’re so consumed with protecting the feelings and self-esteem of our children -- even bullies – that as a society, we’ve adopted the worst habits of the most unskilled parents. There’s a huge difference between telling a child, “I love you unconditionally,” and saying, “You are always good, even if you do bad things.” The first statement should be non-negotiable, but the second is a lie.

It’s time to reconnect children’s behavior to their character. The parents of bullies need to condemn both their children’s’ actions and the character it reflects by speaking the truth: “You are turning into a bad boy. Your words and actions are mean and they prove that you have developed a cruel and unkind heart.”

But that’s not all. Children must also learn repentance (so much more effective than empathy – and also the path to genuine respect for others, after all). To do this, parents of bullies should lovingly say, “Together, we need to start over to teach you right from wrong so that you can show me and the whole world that you are a good person. Anyone can go from bad to good. It’s a decision only you can make and it will be reflected in your actions.”