Who Would Jesus Offend? 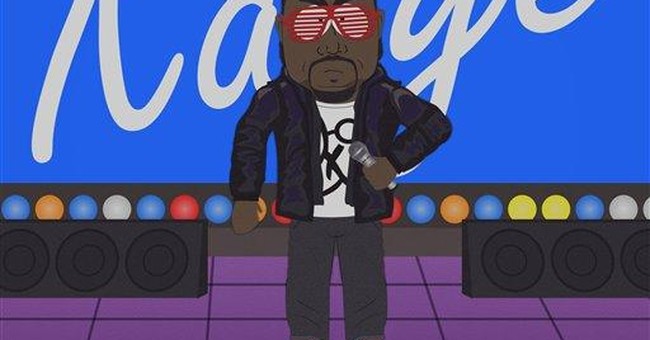 A priest, a rabbi and a duck walk into a bar. The bartender looks up and says, “What is this? A joke?”

Unfortunately, the folks at Comedy Central don’t seem to know the difference between good-natured humor and vile, insulting content that deliberately offends a huge segment of the population.

Last month, the network announced it is developing a new animated show entitled “JC” featuring a hapless Jesus Christ, living on his own in New York City.

The synopsis at Comedy Central’s “Insider” web site says, “A half-hour animated show about JC (Jesus Christ) wanting to escape his father's enormous shadow and to live life in NYC as a regular guy. A lot has changed in 2000 years and he is the ultimate fish out of water. Meanwhile his all-powerful yet apathetic father would rather be playing video games than listening to JC recount his life in the city. JC is a playful take on religion and society with a sprinkle of dumb."

Actually, based on previous depictions of Jesus on Comedy Central shows such as South Park, as well as the treatment of Christians and Christianity on shows across this network, the funniest part of that synopsis is the use of the word “playful.”

Of course, all humor is subjective. But it’s generally accepted that there’s a line between good-natured ribbing and ridicule. While a pilot of “JC” is not yet available, based on Comedy Central’s track record of tasteless portrayals of Jesus and insults to Christianity thus far, it’s reasonable to assume that their new show will simply expand on their already-vulgar themes.

How vulgar? A four-minute video montage includes a cussing pontiff, a defecating Jesus, a menstruating Virgin Mary and more. (Brace yourself and watch the video at www.citizensagainstreligiousbigotry.org.

Comedy Central prides itself on being an equal-opportunity offender. But that’s not true. This season, a South Park episode depicting the Muslim prophet Mohammed in a bear suit was edited to appease Islamists who threatened violence against the show’s creators if the episode aired. (Just imagine the outcry if they’d planned to put that bear in the woods to do what bears do).

Clearly, when it comes to responding to Comedy Central, it doesn’t pay to turn the other cheek.

The double standard on the part of the network in its treatment of Mohammed versus Jesus smacks of anti-Christian bias. Maybe these folks really do loathe Christianity, maybe they don’t. More likely, they’re simply looking to make big bucks but they’re not willing to be victims of violence to do it.

Last week, a group of prominent media and religious leaders announced the formation of a coalition to lobby advertisers to stay away from “JC.” Citizens Against Religious Bigotry (CARB) hopes to convince corporate America that reaching the potential audience of such an objectionable show isn’t worth offending the vast majority of folks who believe it goes too far. CARB has written to some 250 corporations asking them to make a commitment that they will avoid Comedy Central’s latest foray into tastelessness.

“Christians, Jews and non-believers are saying, ‘Enough is enough,’” says Brent Bozell, president of Media Research Center and a CARB founder. “There’s room for comedy when it comes to religion, but Comedy Central’s desire to mock and ridicule Jesus Christ and God goes beyond the pale.”

Syndicated radio host and CARB member Michael Medved, a longtime observer of all things Hollywood, says the network would never develop shows that exploit stereotypes of other religions or other types of believers. “They’d never satirize Mohammed with a show called ‘The Big Mo’ or ridicule Jews with a show called ‘The Greedy Goldbergs.’ Those ideas would obviously be offensive. They just wouldn’t do it. Why does this thinking not apply to Christians?”

No one can force Christians to watch this garbage. But as Medved points out, “it’s a cartoon show. Your kids may not watch it, but other people’s kids will. This kind of show promotes bigotry and hatred and ridicule. It’s needlessly hurtful, patently offensive and full of malice.”

For anyone who worries about the lack of civility in our society and wonders what sort of America our children will inherit, there’s the punch line.