How to Get Satisfaction? The Bible Shows Us 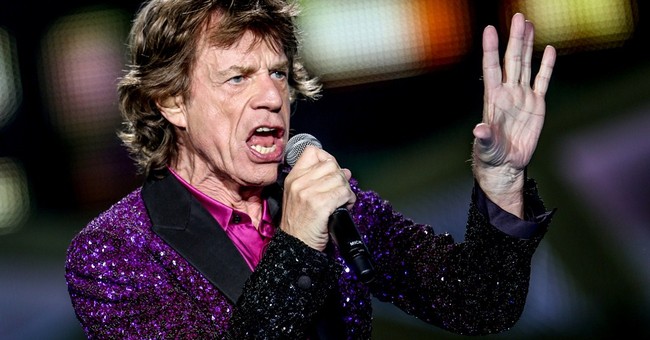 Fifty years ago the two greatest songs of all time (so the magazine “Rolling Stone” declared in 2004) emerged just one month apart. The Rolling Stones’ “I Can’t Get No Satisfaction” (#2) came out in June 1965. Bob Dylan’s “Like a Rolling Stone” (#1) emerged in July.

That’s three rolling stones in one paragraph, and that same year public policy rolled erratically, as if our legislators were stoned. The United States curved toward the debtors’ prison that now looms, as Medicare, Medicaid, and a variety of Great Society entitlement programs zipped through the most liberal Congress of the seven decades from 1939 through 2008. But the two greatest songs show an even wider cultural swing.

Dylan’s song describes life in a meaningless world. He asked how it felt to be without a home, like a complete unknown. Dylan knew that fine clothes and a fine school are a vanity of vanities. He saw the frowns of jugglers and clowns. He knew what the writer of Ecclesiastes wrote 3,000 years ago: All things under the sun are full of weariness.

The Stones’ “Satisfaction” was about more than sex. Mick Jagger and others could readily attain momentary physical pleasure, but contentment in daily life—“when I’m driving in my car...when I’m watchin’ my TV”—eluded them. Life seemed meaningless (and the advent of no-fault divorce and fault-filled but legal abortion soon undercut two big satisfactions for most people: marriage and family).

Underlying both songs was the perceived absence of God. In October 1965, Time reported on the tendency of trendy academics to construct an anemic theology without God. The magazine followed up six months later with an all-black cover featuring three words in red, “Is God Dead?” “The Los Angeles Times” in 1968 called that startlegram one of “10 magazine covers that shook the world.”

The “Time”cover provoked 3,500 letters to the editor, the most in the magazine’s history. Other magazines went with the flow. Easter in 1969 was on April 6, so that’s when Newsweek tried to increase its newsstand sales with a cover story headlined (in red letters on a black background) “The Decline and Fall of Christian America.” “Time” tried to increase its Christmas sales later that year with a Dec. 26 cover story that asked, “Is God Coming Back to Life?”

Director/screenwriter Roman Polanski understood what the purported death of God meant: In his 1968 film “Rosemary’s Baby,” set in 1965, Polanski had protagonist Rosemary Woodhouse (played by Mia Farrow) picking up the “Is God Dead?” issue of “Time” in a doctor’s waiting room. Many critics have called “Rosemary’s Baby,” with its depiction of a woman pregnant with Satan’s child, the top horror film of all time—and a life without God is certainly meaningless at best and horrifying most of the time.

Songs, magazines, and movies led the way. The Supreme Court soon went with the flow with its Roe v. Waderuling in 1973, but didn’t spell out the philosophy behind it until another abortion decision in 1992: In Planned Parenthood v. Casey, Justice Anthony Kennedy wrote that “at the heart of liberty is the right to define one’s own concept of existence, of the universe, and of the mystery of human life.”

Vague spirituality has accompanied such vague jurisprudence. Countless liberal theologians have said we can all stand in a hallway of religion without going into particular rooms—but remove the rooms and the hallway is no longer a hallway, just an empty space. Once beliefs are not important and only actions are real, the reason to act disappears.

In short, radical autonomy has merely left us even more like rolling stones. Happily, the Bible repeatedly shows us how to stop rolling and gain satisfaction: “If you walk in my statutes and observe my commandments and do them…you shall eat your bread to the full and dwell in your land securely. I will give peace in the land, and you shall lie down, and none shall make you afraid.”

Ancient Israel had such peace only briefly—and taught us in the process that long-term peace comes only with Christ. And the alternative? Lack of satisfaction, but something even worse: “If your soul abhors my rules…I will visit you with panic.…I will set my face against you” (Leviticus 26:3-6, 15-17).