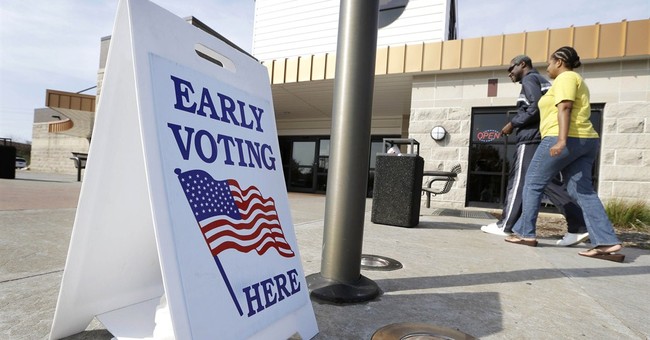 Editor's note: This column has been Reprinted with permission of WORLD.

In his just-published “Republican Theology,” Benjamin Lynerd takes aim at “the ideology of American evangelicals—a libertarian ethos combined with restrictive public moralism” on issues such as abortion. Putting aside momentarily whether support for unborn babies is “restrictive” or protective, what about Lynerd’s basic point that limited government and biblical ethics are strange bedfellows?

He’s wrong. That’s because we can keep government small only when most persons honor their fathers and mothers while refraining from the practice of murder, adultery, theft, and false witness.

The reason for that is partly obvious. A high-crime society needs more police, more judges, more jails. Some effects are more subtle. When children don’t honor their parents by caring for them when poverty and illness strike, Social Security and Medicare expand. When children are born out of wedlock or marriages break apart, or when affluent persons don’t love their neighbors on the other side of the tracks, poverty (and demands for more governmental welfare) increases. When financial experts lie, economic losses and calls for more regulation grow.

Let’s dive deeper. Southern Baptist Theological Seminary President Al Mohler, in one of his daily “The Briefing” podcasts, which I highly recommend, praised the Catholic Catechism’s use of the term “intrinsically disordered” to describe some sexual practices. That’s a good phrase, and it goes beyond sex: Intrinsic disorder seems to me a synonym for original sin. Remembering either of those two-word sets is helpful when we’re tempted by either anarchy or socialism, both of which James Madison shot down in editorial 51 of “The Federalist Papers.”

Here’s what Madison (trained at college in Princeton by Presbyterian minister and Declaration of Independence signer John Witherspoon, now best known as an ancestor of actress Reese) wrote: “If men were angels, no government would be necessary. If angels were to govern men, neither external nor internal controls on government would be necessary. In framing a government which is to be administered by men over men, the great difficulty lies in this: you must first enable the government to control the governed; and in the next place oblige it to control itself.”

In America for three centuries strong families, churches, schools, and other civic organizations were the primary promoters of the general welfare. When those bulwarks splinter, government steps in, and power-seekers say they will bring order to our intrinsic disorder—but don’t trust such promises. School superintendents distrust homeschooling and say we should rely on professional educators, as if they are immune from the Fall. Just about every television show and artistic production is pretty bad, due to our intrinsic disorder, so politicians give us a Public Broadcasting System or a National Endowment for the Arts, as if those producers are immune from the Fall.

We have crucial electoral choices to make just after Halloween, so aren’t you tired of political commercials that proclaim one candidate will pass out candy to all, and the other is a ghoul? Let’s get serious, and instead ask: Which candidates will acknowledge that we are disordered? Which see the importance of promoting the institutions that fight intrinsic disorder and eliminating or at least reducing the government-imposed obstacles they face? Which senators will fight the appointment of judges who promote disorder?

A secondary question: Which candidates are leading biblically ordered lives? (If intrinsic disorder rules them, they are likely to make new laws in their own image.) I’ve written books with bad titles, but I still like the title of one I wrote about 18th-century America: “Fighting for Liberty and Virtue.”

That fight goes on in 2014. Vote, please, not because politics is the antidote to intrinsic disorder, but because we need leaders who realize that government, while necessary, can’t help us much—so they strive to protect groups that can.