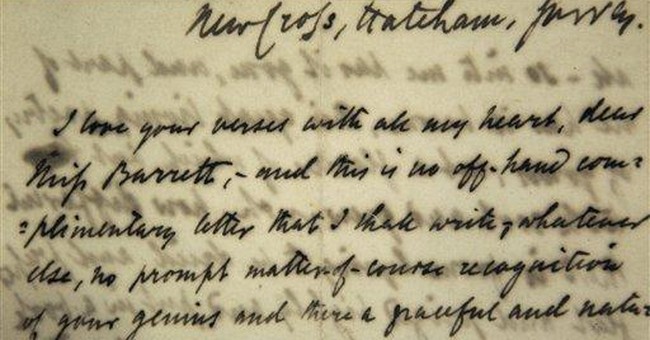 What caused the terrible world war that began 100 years ago this month? The answer is complicated. Economic trends and social oozes certainly had a big role. Man-centered pride rather than God-centered humility ran rampant among both leaders and followers, with some church hierarchs looking to “progress” rather than Christ for salvation. But many of us were struck in the late 1990s by the irresponsibility of Bill Clinton and Newt Gingrich in putting their personal urges ahead of the national interest, and a parallel problem emerged a century ago.

Yes, early versions of Monica Lewinsky occupied the minds of many leaders during the summer of 1914. I’m of course not saying that their adultery caused the war, but it’s depressing to see the obsessions of minds that should have been dwelling on ways to avoid the worst kind of military hell, a conflict between two evenly matched opponents.

Austria-Hungary was the first to declare war: Its chief of staff, Conrad von Hotzendorf, instead of realistically appraising the situation, was obsessed with Gina von Reininghaus and wrote her more than 3,000 letters between 1907 and 1915. Typical letter: Hotzendorf hoped for a “war from which I could return crowned with success that would allow me to break through all the barriers between us.” Consistent message: Only thinking of her could rouse him from despair.

Hotzendorf stuck many of those letters, unmailed, into an album labeled “Diary of My Sufferings.” Christopher Clark, author of “The Sleepwalkers,” concludes, “It would be difficult to overstate the importance of this relationship; it was at the center of Conrad’s life…eclipsing all other concerns, including the military and political questions that came to his desk.” Conrad, who fantasized about returning from a “Balkan war” draped in triumph, got the war he wanted—and within five months got 150,000 of his soldiers killed, with no positive military results.

French and English leaders also were distracted. Max Hastings in “Catastrophe 1914” notes that French Prime Minister Rene Viviani, on a state visit to Russia during crucial days in July, “had his mind fixed more on domestic issues than on foreign affairs,” and was particularly “anxious about his mistress, an actress at the Comédie Française.” British foreign secretary Edward Grey, remembered largely for one eloquent statement—“The lamps are going out all over Europe, we shall not see them lit again in our lifetime”—left his desk often for not only fishing but trysting.

The letters of British Prime Minister Herbert Henry Asquith parallel those of Hotzendorf. Hastings notes that on Aug. 1, as Europe went to war, “the prime minister retired to bed nursing a grievance: the crisis had obliged him to cancel a country weekend” with 26-year-old Venetia Stanley. Asquith wrote to her, “I can honestly say that I have never had a more bitter disappointment… but really I didn’t sleep badly…thank God the vision of you kept floating about me and brought me rest and peace.”

No peace for others, though. German Kaiser Wilhelm II in July predicted that “the situation would be cleared up within a week,” and he would have been right if leaders had been either rational or Christ-centered, or both. Countries led by rational politicians do not pick on someone their own size, because that’s the road to a war of attrition that leaves both sides the losers. Generals whose goal is to glorify God rather than themselves do not again and again destroy in fruitless charges thousands of men created in God’s image.

Adulterous obsessions were one promoter of irrationality, and probably not as important as others like Social Darwinism or fear of labor unions: See my book review in the current issue of WORLD. Clark concludes his history with this sentence: “The protagonists of 1914 were sleepwalkers, watchful but unseeing, haunted by dreams, yet blind to the reality of the horror they were about to bring into the world.” But that’s the nature of the blight that keeps on blighting, original sin. As war began, London’s “The Economist” complained that millions were ready “to slay one another by order of the warlords of Europe. It is perhaps the greatest tragedy of human history.” Second greatest, but it followed the game plan of the first, played out in the Garden long ago.