How Explicit About Faith Should a Christian Filmmaker Be? 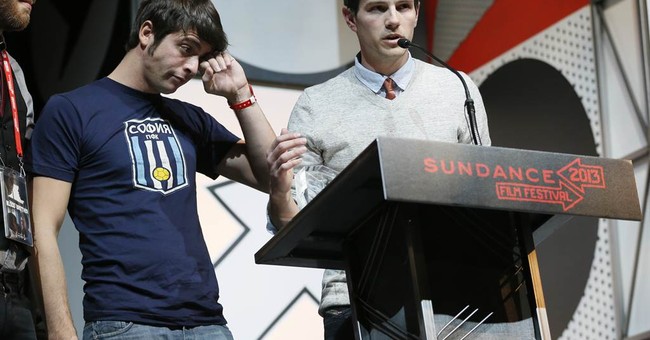 Oscar Night has come and gone, but I’d like to tell you about a film, “Blood Brother,” that should have received recognition at the awards ceremony but did not.

First, the film. “Blood Brother” is a wonderfully directed, moving documentary about a young American, Rocky Braat, who travels to Chennai, India, and does what I didn’t do a decade ago on a visit to that same city: Mother Teresa-like, Braat stays on for years to work and play with HIV-infected orphans. We see the sores and the blood. We hear Braat’s acknowledgment that it “took some time not to see that, but to see the kids.”

Second, the fame. “Blood Brother” in 2013 unprecedentedly won both the Sundance Film Festival’s Grand Jury Prize and its Audience Award. As the Film Collaborative website noted in January, “There is no doubt that Sundance is the best launching pad for documentaries in the U.S. if not the world.” Four out of five times from 2008 to 2012 a Sundance award-winning documentary received an Oscar nomination.

Third, the frustration: Sundance success was no fluke, as “Blood Brother” won big awards at Atlanta, Milan, and many other festivals. And yet, the film didn’t even make the 15-documentary Oscar “shortlist,” let alone receive a Best Documentary nomination. Regarding distribution, Film Collaborative reports that “Blood Brother” “failed to generate major buyer interest.?…?The film has become one of the lower grossing performers for a major festival award winner.”

Fourth, the faith: One small line among a long list of credits and acknowledgments at the end of “Blood Brother” notes Rocky Braat’s faith in Christ. The film has almost no mention of God, except when Braat stays in the hospital for days with an HIV-infected, apparently dying boy, selflessly wiping his blood and boils. Director Steve Hoover, narrating the film, informs us that “Rocky believes God saved Surya’s life. The doctors believe Rocky saved Surya’s life.”

Fifth, the affiliation: “Blood Brother” doesn’t indicate this, but Braat and Hoover are or were members of the Greater Pittsburgh Church of Christ, part of the International Churches of Christ (ICOC). The film gives neither the name nor any background on the orphanage that Rocky adopted, but googling “Chennai, HIV, orphanage” and watching a bunch of orphanage videos I learned (comparing images) that the orphanage name is Arias Home, and that it’s a product of the Hope Foundation, affiliated with Hope Worldwide, which at a website mentions its “valued relationship” with ICOC.

Sixth, the flummoxing (his word) of influential journalist Tom Roston, who writes the Doc Soup blog on a PBS website and asked last November, “Could there be a Christian subtext in the film?…?” Roston found a website run by two friends of Braat who stated, “Many of the teens have become Christians by [Braat’s] example.” Uh oh: Roston suggested that Hoover should have stated overtly his Christian beliefs.

Seventh, the phone call: I couldn’t reach Hoover, but I contacted Roston and asked whether he thought the director had faced a purged-if-you-do, maligned-if-you-don’t choice. Roston agreed that the film would have had a hard time winning at Sundance if Hoover had included a fervent prayer or conversion scene. And I wonder: Would that have documented the reality anyway, since Braat comes off as a needy and struggling person trying to love others despite or because of baggage from childhood? Braat’s evangelism is more by sacrificial deed than by word or plan.

Eighth, the frustration, part two: Hoover has pushed back, complaining on the “Blood Brother” website that Roston was annoyed because “Rocky doesn’t fit within a cookie-cutter cliché of a Republican, Evangelical, American Christian.” Hoover added that he and Braat “have no interest in pushing intolerant political agendas or using legislation to enforce doctrine.”

Ninth, the fix young Christians like Hoover are in: I sympathize with their desire not to be tagged, but isn’t it sad that the root of “evangelical” means “conveyor of good news,” yet the actions of a few on the right and the prejudices of many on the left have made the word a media synonym for attempted tyranny?

Tenth, the future. Hoover is working on his next documentary, “Gennadiy,” centered on a Ukrainian Christian who rescues (“abducts,” his critics say) and detoxes street children. Expect more controversy.