Navigating the Rapids: A Biblical Strategy for Examining Capital Punishment and Other Debates 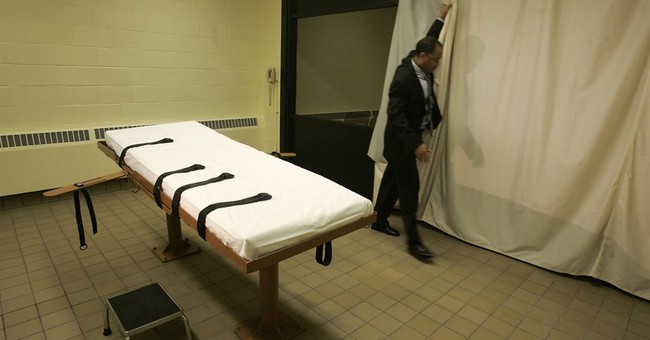 Unsurprisingly, my Oct. 19 stories and sidebars on WNG.org about the death penalty drew lots of reader response, favorable and unfavorable: See WORLD’s Mailbag this week for examples of both. For those who missed the articles, I was essentially saying that capital punishment isn’t wrong but life imprisonment without parole is a legitimate substitute.

Some readers prefer a hard-line pro or con, and I deliberately didn’t take it, in line with WORLD’s journalistic desire to avoid either arrogance (confusing our own inclinations with God’s teaching) or relativism (saying everything is gray). You could read my essay on “Journalism and Humility,” but the shorthand we use internally derives from whitewater rapids, which fall into six classes. (Every half-dozen years or so I allude to this, and hope our longtime readers will be patient.)

Class 1 rapids are easy to navigate, and Class 1 stories are those on which the Bible gives us explicit guidance. For example, the Bible unambiguously proclaims that homosexuality and heterosexual adultery are wrong, so we don’t give equal space to pro and con positions on those issues. We don’t consider sinners in these areas subhuman—all of us in different ways deface yet don’t erase God’s image in us—but we aren’t neutral about what God clearly condemns.

Class 2 rapids are a little harder, and Class 2 stories are those on which the Bible takes an implicit position, such as the importance of Christian education. On Class 3 subjects different sides can cite biblical backup, but careful study allows biblical conclusions—although differences of opinion remain. How to fight poverty is a Class 3 issue on which Christians legitimately disagree, but I’ve steered a raft through Class 3 rapids and written books and articles arguing for what I believe is a biblical approach to helping the poor.

Class 4 rapids are more dangerous, and with Class 4 stories we have no clear biblical path but can bring to bear a biblical understanding of human nature and history: For example, we should not trust tyrants to abide by peace treaties. I’ve traversed Class 5–type rapids on the Rogue River and in the Grand Canyon in crafts captained by others, and ended up alive but soaked. With Class 5 stories we have no clear biblical mandate but can draw on historical experience. (Anyone who thinks government bureaucracies will be efficient is in for a soaking.)

As Class 6 rapids are potentially fatal waterfalls, so claims that “God saith” when He hasn’t can be deadly to faith. On some questions (specific foreign trade agreements, for example) we may have no clear biblical position, no historical trail for the discerning to apply, and not much else to mark the path. When WORLD reports a Class 6 story, we are likely to balance different perspectives, and our coverage might be similar to that of a traditional mainstream reporter.

I’ve spent a lot of time analyzing some issues, such as same-sex marriage or abortion, and concluded that the Bible is clearly against both: WORLD is also. I had not spent much time on capital punishment but had thought it also a Class 1 rapids, with the Bible clearly favoring it in cases of murder and other crimes as well. Once I studied more, though, it seemed a Class 3: Scripture demands a reckoning for murder, but Christians should debate whether execution or lifetime imprisonment is best.

Some readers made clear their disagreement with my conclusions. Some wanted me to emphasize particular aspects I hadn’t brought up. Some argued that America’s civil law should be the same as that of ancient Israel. Others disagreed because “the United States has been polluted by the intentional murders that have not been punished with the death penalty.” Some, arguing that our legal system is often unjust, wanted me to argue that capital punishment should be banned. Others worried that if I strayed from the traditional conservative position on capital punishment I would soon embrace homosexual marriage, and said they’d pray for me: Please do pray, but don’t worry.

After doing 10 rugged interviews in Texas, writing 10 pages in WORLD and 10 posts on wng.org, and reading 110 letters and comments, I’m filled with thanks for the Bible and thanks to our readers for thoughtfully considering this hard, hard issue.