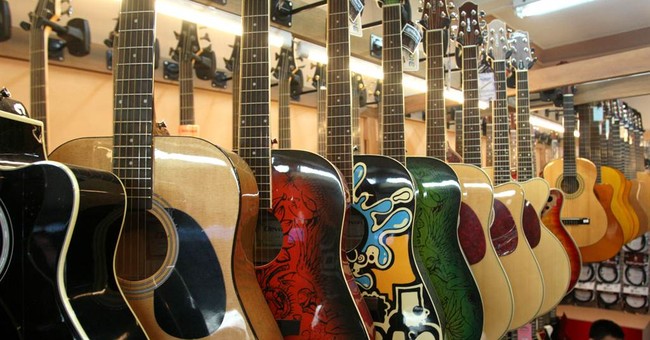 Singer-songwriter Christopher Cross at age 62 has on his website an impressive listing of accomplishments: five Grammy Awards, one Oscar, one Golden Globe Award. The problem—if it is a problem—is that he won all those in 1981 and 1982 based on his debut album (which included “Ride Like the Wind” and “Sailing”) and his debut movie song, “Arthur’s Theme,” from the hit film comedy with Dudley Moore, Arthur.

Cross has continued to compose and sing over the past three decades—eight albums, 90 songs, 100 gigs per year—but without king-sized kudos. The New York Daily News cruelly described his career: “top of the music charts, then drop down to Nowheresville, U.S.A., in the wink of an eye.” A New Jersey newspaper reported that an airport ID checker looked at the singer’s license and said, “Oh, Christopher Cross. There was a musician by that name. He died a few years ago. It’s a shame. He was pretty good.”

Some music historians speculate that technology killed Cross: The nontelegenic Cross couldn’t make the transition to the MTV-music-video era, which elevated looks over talent. Whatever the cause, the singer’s bright morning and long evening reminds me of how the NCAA men’s basketball tournament each year ends with “One Shining Moment,” a song tinged with melancholy: “One shining moment, you knew you were alive.” (But who wants to peak at age 20?)

I went to a Cross concert at a small venue in Austin, Texas, to enjoy the music and to see how time has treated him. Cross’ songs suggest sadness: “What ever happened to me / Maybe I’ve been living on lies?… Now the years all slip away / And things are like they’re gonna stay.” He sings of how he “woke up to my world this morning / Took a long look in the looking glass / Last night I guess I had one or too many / Somebody tried to tell me I had no class.”

Cross is divorced, with two children, and some autobiographical elements may pop up in his lyrics: “Shouldn’t have been so stuck on my own?…?Should’ve made that house a home.” In “It’s Always Something,” he wonders “if they’ll even notice when I’m gone. I wonder if they’ll even care.” He contemplates suicide: “The taste of cold steel on my lips / The rope around my neck / These bitter pills and razorblades seal my fate.” But at song’s end he recovers: “Another voice whispers / This is not your choice / There is more to this if you hold on.”

Other clues come from concert demeanor. Reviewers have regularly put into words what I sensed as well: “He looked downright somber.?…gloomy Cross?… took potshots at himself, even calling attention to his ‘has-been’ status.” The best evidence, though, comes from Cross’ own words in interviews: “My fall from grace was traumatizing, very hard to deal with and very disappointing and disillusioning. Success is like money—it’s much harder to have it and then not have it than never to have it at all.” Now, he says, his reminder of past and present comes when some “sweet young thing” asks him for an autograph for her grandmother, an ardent fan.

Christopher Cross, despite his first name and surname, showed no indication in Austin of faith in Christ. He and all of us need to combine the familiar words of chapter 3 of Ecclesiastes—“For everything there is a season?…?a time to be born, and a time to die”—with those at the Bible’s conclusion in Revelation 21 and 22. That’s where God promises to “wipe away every tear” and create a new heaven and a new earth with a tree of life yielding fruit each month: no more barren seasons.

Maybe Cross is starting to get it. His latest album, Doctor Faith, has a last song, “Prayin’” that includes these lines: “Frozen in time while the calendar pages / Are falling like leaves from a tree / Getting the sense I’m connected to something / And not sure what’s happening to me.” He says he was once “A Catholic school kid in thrall to the altar / The rituals moved me somehow / I left it behind when I learned how to think / So it’s funny that suddenly now—I’m prayin’?…?deep in my soul / Prayin’ / Tryin’ to surrender control / ’Cause thoughts in my head keep me in hell.”