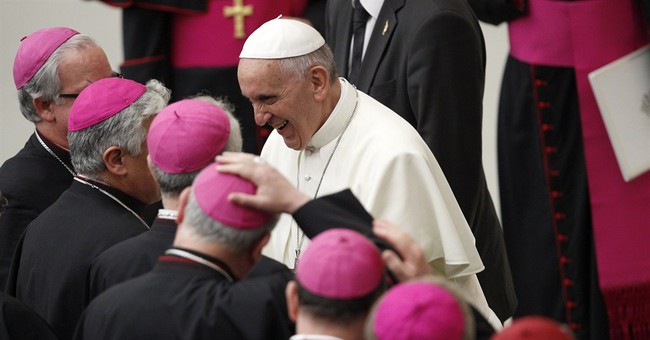 Secularists sometimes say that it’s time to give up on a faith-based belief in Christ left over from the ancient Mediterranean world. They don’t acknowledge, though, that in the early A.D. years two major faith-based beliefs with staying power were in conflict, along with a host of minor ones.

The big two from that era still duke it out in modern America: Christianity, of course, but also evolutionary materialism. Even though Darwin didn’t give the latter a scientific cover until the 19th century, Epicurus (341-270 B.C.) saw the world and all life as part of a self-creating cosmos, with life just happening, and growth coming.

Epicureans had psychological advantages and disadvantages. Their good news: We humans, despite the lessons of history, could believe in our own magnificence. We rule, and God doesn’t. Their bad news: When we’re dead, we’re dead. Life is essentially meaningless. We have no “big story” (see Justin Buzzard’s “The Big Story” from WORLD’s July 13 issue).

Epicurean atheism was faith-based, for we have no way to know that God does not exist. Its Christian challenger was faith-based as well, but also fact-based, since the apostle Paul based his argument on the direct observation of multiple witnesses. He wrote to the Corinthians, “If Christ has not been raised, your faith is futile.?…?But in fact Christ has been raised from the dead, the first fruits of those who have fallen asleep.”

Paul offered reasonable hope. Over time the idea that everything had come into being without the creative work of a higher power seemed increasingly unreasonable. No one had a convincing explanation of how that could have happened until 19th century scientists with Epicurean leanings observed small changes within species and theorized that big changes, given enough time, would alter species.

Mission accomplished: Ancient faith-based Epicureanism, now with blurbs from scientists, came out in a new edition. Then, beginning 99 years ago, World War I gave European civilization (with its Christian elements but huge amounts of sin mixed in) a hit from which it never recovered. World War I salted European soil with so much blood that Christian optimism withered.

Darwinism seemed like a life preserver. Literary leaders like George Bernard Shaw argued that “the world without the conception of evolution would be a world wherein men of strong mind could only despair.” The New York Times editorialized in 1925 that modern man needs “faith, even of a grain of mustard seed, in the evolution of life.”

World War II in some ways grew out of Darwin’s ideas of superior and inferior races, but Epicurean Darwinism grew even more popular in the 1950s. Millions ate, drank, and searched for merriment, since tomorrow might bring nuclear war.

But the years have not been kind to Darwin’s theories. Nineteenth-century scientists did not know how complicated cells are or how exquisitely fine-tuned for human life our Goldilocks planet is. Even if evolution was not increasingly faith-based rather than scientific, it would not satisfy, because it doesn’t provide hope for individuals: Dead is still dead.

Enter a New York Times article last month about Dmitry Itskov, 32, a multimillionaire who started his “2045 Initiative” two years ago. By the time he doubles his age in 2045 and begins to stare at death, he hopes to have produced a lifelike, low-cost robot that can be uploaded with the contents of his brain, complete with personality wrinkles, so a version of him can live for hundreds or thousands of years. He thinks low-cost avatars of that kind could be mass-produced, so millions of people could be “immortal.”

The Times article asked basic religious questions and then turned to some nuts and bolts: “Do people want to live forever? If yes, would they like to spend that eternity in a ‘nonbiological carrier’? What happens to your brain once it’s uploaded? What about your body? If you could choose when to acquire an avatar body, what’s the ideal age to acquire it? Can avatars have sex?”

This is also a gut check for Christians: Does Itskov’s scheme give you a tingle? If you’re 64 now, are you sorry that you’re not 32 and can share in his hope of a dollar-financed scientific breakthrough? Or are you all in with the apostle Paul?