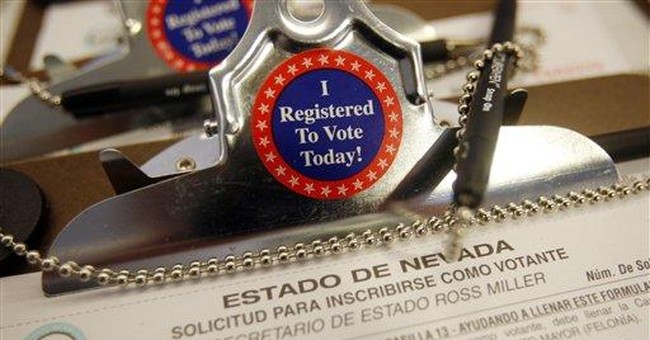 Wilson was born in 1856 and Roosevelt on Oct. 27, 1858, making this month the 150th anniversary of his birth. A few hardy souls still visit T.R.'s birthplace on 20th St. in Manhattan, a brownstone that was his home until age 14. Guides there talk about the esteem Roosevelt had for his father, whom he called "the best man I ever knew."

McCain's autobiography, Faith of My Fathers, shows his veneration for his father and grandfather, both of whom were Navy admirals. But Obama, who grew up without a dad's presence, emphasizes newness rather than tradition: "We are the change we have been waiting for. . . . I am confident that we can create a Kingdom right here on Earth."

Wilson, who grew up in a traditional Southern Presbyterian setting but abandoned those beliefs to embrace theological modernism, spoke the same way, referring to himself as the "ambassador of salvation" and "the personal instrument of God." He predicted that Americans "will turn to him almost as they would turn for salvation," and that he was the one who could "exert upon men that influence which will turn their eyes from themselves."

If Obama gets to the White House, his inaugural address will probably be as exultant as Wilson's first one: "The feelings with which we face this new age of right and opportunity sweep across our heartstrings like some air out of God's own presence." Wilson said his administration would work "to purify and humanize every aspect of our common life . . . to lift everything that concerns our life as a Nation to the light that shines from the hearthfire of every man's conscience and vision of the right."

Wilson at times claimed direct divine inspiration; for example, his League of Nations proposal arose "by no plan of our conceiving but by the hand of God who had led us into this way." (Unlike God, however, Wilson was so far short of omniscient that he did not even know the geography and demographics of one "country" he abstractly stitched together, Czechoslovakia.)

European crowds this summer showed Obama love as they did for Wilson in 1919, but experienced European leaders back then guffawed. British Prime Minister Lloyd George scorned Wilson's statement that "Jesus Christ so far [has] not succeeded in inducing the world to follow His teaching because He taught the ideal without devising any practical scheme to carry out His aims."

Wilson often talked around subjects with torrents of words, as Obama and his running mate Joe Biden do now. Once in office Wilson raised taxes, pioneered a regulatory regime by pushing through the Federal Reserve System and the Federal Trade Commission, and campaigned in 1916 on a "He kept us out of war" slogan, only to propel the United States into war early the following year.

As Americans learned then and British appeasers belatedly realized two decades later, war is more likely to come when great powers give ambiguous signals than when they are forthright. McCain is forthright and direct in answering questions. Like Roosevelt, he is assertive on foreign policy and opposed to what T.R. called "mere sentimentality" in helping the needy.

Guides at Roosevelt's boyhood home emphasize the training in compassion he garnered from his philanthropically fervent father: He insisted that "voluntary action by individuals in the form of associations" was most likely to produce "that most important of all forms of betterment, moral betterment—the moral betterment which usually brings material betterment in its train." McCain's views are similar.

The decade in which Wilson and Roosevelt were born, the 1850s, was next to the 1960s the weirdest one in American history. The stacks of the Library of Congress contain hundreds of books from the 1850s that purport to be messages spoken during séances by George Washington, Benjamin Franklin, and other long-dead notables purportedly channeled by "spiritualists." But this year's campaigning sounds like Roosevelt and Wilson going at it.