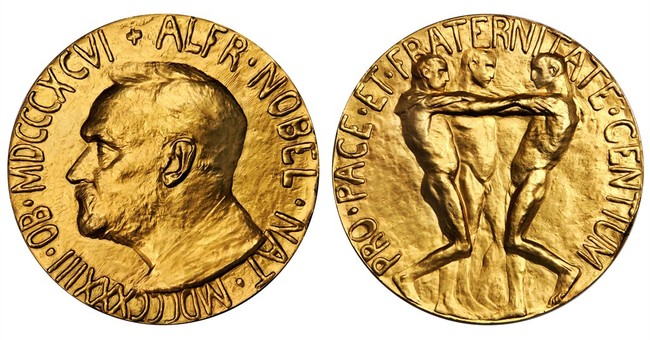 Next week, the Nobel committee in Stockholm will reveal the winner(s) of the Nobel Prize in economics.

It reminds me of the celebration I attended last week at George Mason University, where more than 300 economists and political thinkers gathered to celebrate Friedrich Hayek’s winning of the Nobel Prize in economics in 1974.

The star-studded program, moderated by Peter Boettke, included a keynote address by Israel Kirzner and three Nobel laureates. One was Vernon Smith, who won the prize for his work in experimental economics. He is a professor at Chapman University in Orange, California, where I also teach as a Presidential Fellow. It is a great school to which to send your kids.

Richard Ebeling, one of America’s finest “Austrian” economists, recently wrote a summary of Hayek’s contributions. I encourage you to read about Hayek.

After the three-hour event, quite a few people were asking the same question I was, “Why didn’t anyone address the primary reason Hayek got the Nobel Prize, that is, Austrian macroeconomics and the Mises-Hayek theory of the business cycle?”

None of the three Nobel laureates, nor Kirzner, discussed the business cycle and Hayek’s theories in his book “Prices and Production,” Hayek’s triangles, etc., for which he won the Nobel Prize.

If the topic was how Hayek’s works have been advanced since 1974, surely Hayek’s macroeconomics should have been a major topic of discussion. The works of Gerald O’Driscoll, Jr. (“Economics as a Coordination Problem,” 1977), Roger Garrison (“Time and Money,” 2001), myself (“Structure of Production,” 1990; 2007) and others is proof of that.

A Breakthrough in Hayekian Macroeconomics This Year!

It would have been entirely appropriate to mention the U.S. government’s decision this year to publish Gross Output (GO) – the first new macro statistic to be added since gross domestic product (GDP) was invented in the 1940s — on a quarterly basis as a major triumph in Hayekian macroeconomics. Since GO is an attempt to measure spending/sales at all stages of production, is not GO an attempt to measure Hayek’s triangle?

David Colander, one of the most prolific and forward-looking economists, is the first economist to discuss my work on GO.Read it here in theEastern Economic Journal.

Despite the negative headline and some misgivings in the text, he calls the development of GO a “good idea”… “a useful development”… and a “better measure than GDP” in terms of economic activity. I am writing a comment to theEastern Economic Journalin response.

Black Eyed Peas singer and rapper will.i.am (actual name, William Adams) showed up about 45 minutes before an international flight and complained to his 12.5 million followers on Twitter that United Airlines bounced him from his seat on a New York to China flight.

I have my issues with the airlines, but the days are long gone when you could arrive 45 minutes before an international flight. Today, you need at least an hour and a half to check in, go through security (almost always involving delays) and walk forever to get to the airline gate. I once arrived an hour before a flight to Korea and almost didn’t make it.

I can only assume that will.i.am is not a seasoned international traveler.

Last month, I flew nonstop New York to Hong Kong on Cathay Pacific Airlines, considered to be the #1 airline in the world. The flight was 16 hours, but the time went by quickly in business class that included flat beds, big TV, lots of choices in movies, music and games, as well as first-class food and beverages. It was expensive but worth every penny, having flown for the past 40 years.

Of course, I showed up two hours early and therefore wasn’t frantic about making the flight.

In case you missed it, I encourage you to read my e-letter column from last week about Derek Jeter, Steve Forbes and me gaining a valuable lesson. I also invite you to comment in the space provided below.