The Most Dangerous Investment Strategy 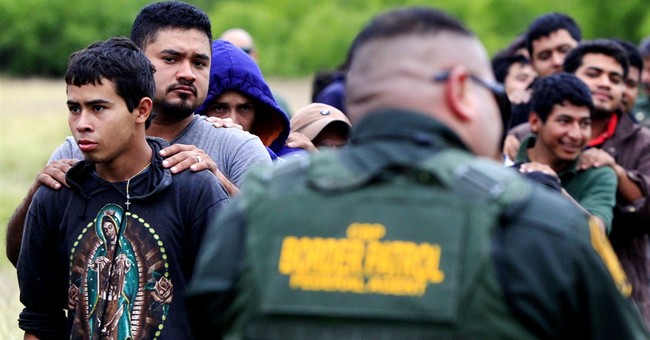 “If we are in a transition period, the person in the most danger is the one who has recently done well, because he’s done well on things that are about to change.”

Last Friday, the Wall Street Journal had a cover story, “Big Investors Lose Even as Market Rises,” about hedge fund managers like Paul Tudor Jones whose investments are down for the year even as the stock market is ahead by 5%. Tudor and other big hedge fund managers have taken losses on buying Nikkei Japanese stocks and shorting Treasuries.

These big financial operators were betting that last year’s winners would continue to outperform.

But last year’s winners may be this year’s losers, and vice versa. Treasuries have rallied this year, surprising most investors. Japan imposed a massive increase in its national sales tax in its misguided attempt to reduce its high debt level, rather than growing its way out of debt. The Nikkei index, which was up sharply last year, has suffered this year.

Meanwhile, ourForecasts & Strategiesportfolio of high dividend-paying stocks and funds have outperformed the stock market this year, with 15 out of 18 recommendations profitable. We’ve made several changes in our portfolio in 2014, shifting into energy stocks and India, whose stock market is booming now that it has voted in a pro-business prime minister.

I asked Donald Smith, my favorite hedge fund manager in New York, about the Wall Street Journal story, and he was happy to report that his portfolio is ahead 19.6% so far this year before fees. He’s been bullish on airline stocks, which have skyrocketed. Don has managed money for more than 30 years with incredible success -- he’s outperformed Warren Buffett. He will be doing a breakout session at FreedomFest on his “deep value” investing strategy. I hope you can join us -- his session alone will be worth the price of the ticket. To see what all of the excitement is about, see below.

Yours for good investing, AEIOU,

FreedomFest,July 9-12, 2014, Planet Hollywood, Las Vegas: Here's what Rick Sampley, senior vice president of Raymond James, wrote: “During my entire career, I have never before been to one venue that allowed me access to and interaction with such a concentration of great thinkers and financial professionals. If one values capitalism and practical approaches to navigating the daily challenges of investing in these treacherous times, then FreedomFest is a must. This is truly a conference for great investment thinkers and doers. A most impressive aspect of FreedomFest was simply how the day to day conference was managed: it ran like a Swiss watch. Unlimited kudos to your conference organizer. How did you manage to get all these great people in one place at one time and start and finish meetings right on time… including all the wonderful breakout sessions? During the conference I met many people who have been coming to FreedomFest for years… I will certainly be one of them in the future." Why do Steve Forbes, John Mackey, John Stossel, Alex Green, Peter Schiff and dozens of other speakers attend all three days? Find out by going to www.freedomfest.com, or call Tami Holland, 1-866-266-5101. Our room block at Planet Hollywood is almost sold out, so hurry! The big show is only three weeks away!

In case you missed it, I encourage you to read my e-letter posted last week on Eagle Daily Investor about whether the European Central Bank’s interest rate cuts are good or bad.

You Blew It!
Thousands of Undocumented Children Flood the United States

“Hundreds of thousands of illegal immigrants who came to the United States as children will be allowed to remain in the country without fear of deportation.” -- President Barack Obama (June 16, 2012)

When the Dream Act was not passed by Congress a few years ago, President Obama designed to take things into his own hands. In 2012, he signed executive action that allowed 800,000 young undocumented immigrants under the age of 16 to stay in the United States. “They are Americans in their heart, in their minds, in every single way but one: on paper,” he said.

Now we are paying the consequences. Thousands of under-aged children are being brought from Central America to the United States and left there without their parents. Word is spreading quickly that Homeland Security won’t deport children if they are from Canada or Mexico. As a result, thousands of parentless children are crossing the border. U.S. facilities in Texas are at or near capacity for the immigrants because of a "record increase in underage migrants," which led to the transfer of hundreds to Arizona, a spokesman said. Talk about expensive babysitting.