Changing the Face of Gun Ownership in America

Mark Meckler  |  Dec 30, 2016
The opinions expressed by columnists are their own and do not necessarily represent the views of Townhall.com.
Top Columns
Trending on Townhall Media 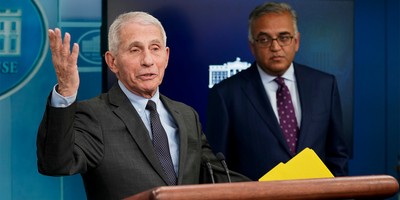 Gun ownership is on the rise in America. News agencies reported about record-breaking sales in the lead-up to the presidential election, as folks -- worried about the possibility of Hillary Clinton in the White House -- stockpiled for the worst-case scenario. When Donald Trump won, sales eased off by nearly 20 percent. Black Friday, however, gave gun sales yet another spike. In fact, it broke the single-day record for FBI background checks in American history, coming in for a total of 185,713 background checks. That’s slightly more than two background checks per second.

So strike one for God-fearing Republicans exercising their Second Amendment liberties, right?

Republicans do love their guns. At least 55% currently have a gun in their house for protection compared to only 32% among Democrats. Overall in America, however, only 35% of households have firearms. That’s way down from the 1970s when over half of households in America had guns.

Just as many Americans worried a President Hillary Clinton would be bad for gun rights, Democrats started buying guns in anticipation of Trump’s presidency. The national spokesperson for the Liberal Gun Club, Lara Smith, said her organization has been flooded with inquiries since November and enjoyed a 10% increase in paid members, according to a BBC report. They are in all 50 states and have membership across nine chapters.

“In the more conservative gun world, there is definitely a feeling that liberals hate guns,” she said. “If you go into gun forums and discuss your politics, you are very clearly not welcome.”

Yet liberals of all stripes are suddenly showing appreciation for the Second Amendment. The Pink Pistols, a gun club for LGBT Americans, has two great slogans: “Armed gays don’t get bashed” and “Pick on someone your own caliber.” After the tragic Orlando terrorist attack on the gay nightclub Pulse earlier this year, the Pink Pistols’ Facebook group grew from 1,500 members to over 6,500.

This group’s strong constitutional stance was powerfully voiced when transgender spokesperson Nicki Stallard made a plea to potential members. “This is a call to L.G.B.T. people to take their own defense seriously and to question the left-leaning institutions that tell them guns are bad, and should be left to the professionals. Become a professional. You’re allowed. That’s what the Second Amendment is for. We can fight back when our lives depend on it.”

Gwendolyn Patton of Pink Pistols said the biggest fears most new members have when joining up is being “harassed by the gun nuts at the range.” But she assures them that for the most part, they will be “welcomed with open arms by the shooting community.”

“There are people who have professed to carrying a gun now because Trump made them feel unsafe,” Patton said. “I think their fears are groundless, but I can’t make them not be afraid, so whatever they need to do to feel safer, I don’t have a problem with that as long as they do it responsibly.”

And that’s the most important takeaway from the entire report.

No matter what is making a person feel unsafe, we all have a responsibility to protect ourselves and our loved ones. The fact that this right is outlined in the Constitution as an American right is just an added bonus. We live in a country where we’re free (for now) to do so.

Anyone interested in self-preservation and having a personal weapon nearby when seconds count, should put aside political differences, take gun ownership seriously, and join the ranks of responsible, pro-gun Americans. It’s a heck of a group, and most gun owners will be more than happy to stand in solidarity with gun enthusiasts from either side of the aisle.