Get Off Huckabee's Back 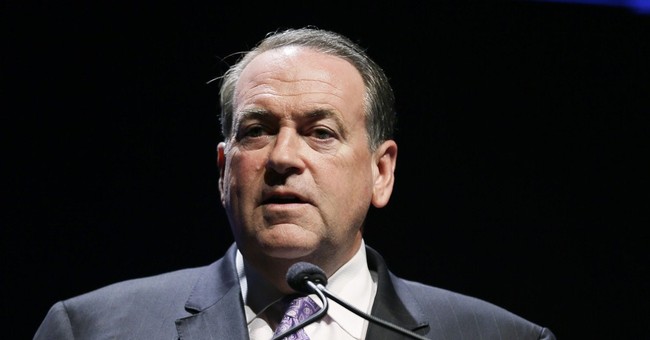 If Mike Huckabee was looking for a way to dislodge Donald Trump from the front of the cable news agenda, he found it. But was it wise to use his own blunt language to draw attention to his distaste for the Iran nuclear deal?

In describing his fervent belief that the proposed Iran deal is dangerous to Israelis, he said it would “march them to the door of the ovens,” a very provocative reference to Holocaust concentration camps.

Reaction was swift. Democrats predictably attacked it, but so did some of his GOP competition, seeking any opportunity to damage a rival. Jewish reaction came in two shapes, with Israeli diplomats and the Anti-Defamation League recoiling at Huckabee’s use of Holocaust imagery to condemn the Iran deal, while conservative Jews defended and even embraced his phraseology.

Conservatives of other faiths will also find a basis for agreeing with Huckabee, because conservatism yields clarity on the folly of the Iran deal. Liberalism is willfully blind to Iranian evils, and dismissive about Israeli security. But wait, you may say, some of the pushback came from Israelis, and how can they be nonchalant about the security of their own nation?

I would direct you to the millions of Americans who are ignorant about our own national security, and the administration they voted for to reflect that nonchalance.

America got rolled by the Ayatollahs, clearing the way for an agreement that could spell death for Americans, Christians and Jews all over the world. There is no population more immediately endangered than the Jews living in Israel today, whose ranks amount to a darkly familiar number: 6 million.

Imagery of the Holocaust, the Nazis or Hitler is often overused as people try to add power to a debate over almost anything. But Huckabee invoked the Holocaust because he fears the Iranians may be planning another one. You can agree or disagree with that urgency — you may say he could've phrased it differently. But Huckabee’s word choice was thoroughly justifiable in view of his level of concern, and he should not back away from it.