Do We Have the Will to Explore the Universe? 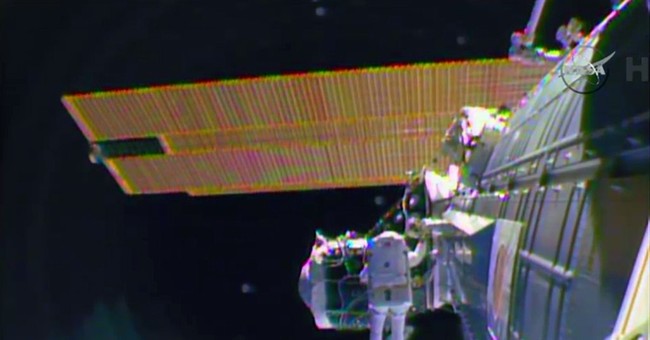 I know we are broke. I know America’s ruin is more likely to unfold due to an economic collapse than a terrorist takeover. But here I am to suggest that the fraction of a penny per tax dollar required to wander the cosmos has always been worth it, and always will be.

This week is a perfect time to stoke the dormant embers of the wonder we once felt. A vehicle crafted by human hands has just left the solar system after visiting Pluto, sending us crisp photographs of a world 3 billion miles away. Just 50 short years ago, we had never sent anything out of Earth orbit.

But on a sunny morning in Florida 46 years ago this week, three Americans left our world to set foot on another. I was 11 for the launch of Apollo 11. Neil Armstrong’s July 20, 1969 footprint on the moon’s Sea of Tranquillity was in the middle of my summer between sixth and seventh grade.

I drew pictures of Saturn V rockets and spindly lunar modules and lunar landscapes with my friends, building models of spacecraft and dreaming of one day riding one off the Earth. Surely we would do so in our lifetimes.

We may yet, but we may need walkers to get to our seats. When “2001: A Space Odyssey” was released the year before the moon landing, the space tourism it depicted did not seem so far-fetched. Surely we would have a substantial human presence on the moon within a couple of decades.

Instead, the 12th and last Apollo astronaut left the lunar surface in 1972, and we have not been back. After the cheers of the first moon landing quieted, it became immediately clear that the wide-eyed wonder that drove my adolescent enthusiasm for manned space travel did not extend to the grownups making policy decisions about man in space.

Once we had beaten the Russians, which I thoroughly enjoyed after being scoreboarded by them with the first satellite, first manned flight, first manned orbit, first woman in space and first space walk, I watched as three Apollo missions slated for the mid-seventies were scrubbed. The funding had dried up along with the public’s appetite for an energetic period of exploration following the triumph of Apollo 11.

Those were tough times to argue for what seemed like a luxury. Vietnam and social turmoil filled the headlines and sucked up any attention we might have devoted to such lofty enterprises if times had been less draining.

But what was true in the Nixon era is even more true today: America wastes enough money in a single year to build a housing development on the moon and a McDonald’s on Mars if we wanted to.

But we don’t want to. Our vision has grown even more myopic as battles over admittedly important matters like health care and entitlements has blinded us to the incredible return we get from each tiny sliver of investment in our space destiny.

And when I say “investment,” I actually mean it. Man in space has yielded more than Teflon and digital watches. It has offered a reminder of human nature at its best, if we will only pay attention.

I expect to find neither friendly aliens nor penny-a-gallon gasoline on the worlds we will explore if we unshackle ourselves. But we may learn more about our creation. We may stumble across other technical advances valuable to our lives on Earth. We may remind ourselves of the stunning neighborhood God has placed us in, and the vastness of His handiwork. And all for far less than some expenditures we could curtail today while damaging no one.

There is only one thing that could come close to the compelling drama that united humanity as we walked the lunar surface, and that is a committed effort to send astronauts to Mars. I wouldn’t even need the accompanying drama of an evil empire to beat. Shoot, I’d let the Russians and the Chinese cooperate. I’d rather join hands with their efforts toward a magnificent goal than leave them to their own devices, which could well involve the militarization of space.

When cosmologist Neil deGrasse Tyson isn’t busy insulting people of faith, he is a masterful pitchman for the vast benefits of allowing a tiny part of our national budget to fund further space exploration. He laments that our countless reasons to stifle manned space ventures amount to the sad realization that we have “stopped dreaming.”

On that, he is right. We have a budget to balance, infrastructure to bolster, entitlements to fund and diseases to cure. It can be argued that we do not have the portion of a penny needed from each tax dollar to march out of our solar system and toward the stars.

Some say man in space should not be a government enterprise, that the private sector can do it. Probably true. But it happens faster if the Space-X’s and Virgin Galactics are humming along parallel to a national policy committed to populate space because it is simply the most awe-inspiring thing we may ever do.

If we have lost the concept of a can-do nation driven by an ethos of excellence to do remarkable things, a manned space program can reinstill it. If our kids need something in real life to be dazzled by, to pry them away from mind-numbing game screens, man in space can supply it.

And if we are fortunate enough to elect leaders who can truly blast through the mountains of unnecessary and wasteful spending that is sinking our nation, we will have the money to do it.