The Bitter Taste of Jesse Ventura vs. Chris Kyle 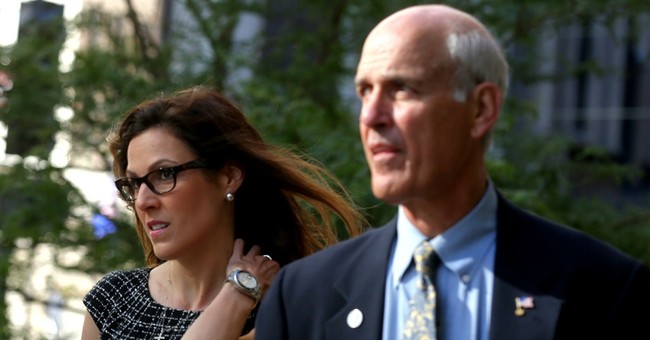 There were two things Jesse Ventura was never supposed to win: the 1998 Minnesota Governor’s race, and his just-ended trial seeking a big payday from a hero’s widow.

But he was indeed a one-term Governor of an actual state, and now he has prevailed in another improbable arena— a courtroom where he asserted that one of America’s most admired war heroes lied about him on purpose.

The $1.8 million dollar judgment from a ten-person jury voting 8-2 is a direct raid on the family budget of Chris Kyle’s widow Taya and their two children. The first half-million will be covered by insurance from the publisher of “American Sniper,” which contained the story that Ventura has now turned into a lottery ticket. The remaining $1.3 million goes straight from the Kyle family’s bank account into Ventura’s on the foggy premise of “unlawful enrichment,” a concept that says Kyle’s estate is enjoying dirty money because a sliver of the book struck a jury as intentionally malicious.

Ventura’s determination was not even slowed by the death last year of Kyle, whose repeated deployments and successful takedowns of terrorists had become the stuff of legend. He died from a gunshot wound in Texas, shot at a gun range helping a fellow soldier battling PTSD.

The resulting Ventura legal strategy: full speed ahead. The logic: Kyle’s death does not change the reputational damage to a man who had already done plenty to damage his own reputation with loudly expressed views like the complicity of the Bush administration in 9/11.

The average 9/11 truther is a harmless chowderhead. But Ventura’s wandering mind found a megaphone in his “Conspiracy Theory” TV show that logged three seasons on truTV, giving credibility to old foil-hat favorites like weather control and martial law internment camps. He is free to embrace any poppycock he likes, even publicly, but it is hard to argue that the Kyle book had stained a sterling reputation.

So if you are gathering that my starting block defines Chris Kyle as a hero and Jesse Ventura as a buffoon, you are correct.

But here’s the rub: none of that matters.

The jury’s job was to determine whether the Kyle book spun intentional lies about Ventura intended to damage him. That’s a very high bar, but it is wholly separate from what anyone thinks of the parties involved.

So the testimony began almost a month ago. Kyle’s side offered testimony that Ventura, unidentified in “American Sniper” but named in book tour interviews, demeaned Navy SEALs at an actual wake for one of their fallen ranks in 2006. Kyle’s story is that he could not let this go, confronted Ventura and decked him.

For Ventura’s part, he does not mind so much a story of losing a bar fight. The engine of his quest is to defuse the account that he spoke ill of Navy SEALs, whose number he once occupied. The Kyle book places in Ventura’s mouth a quote that they “deserve to lose a few.” I can imagine Jesse Ventura saying a wide variety of incendiary, baseless and just plain stupid things. But even as an avowed non-fan, I have to say it’s hard to imagine those words coming out of his gravelly mouth.

So is that what led the jury to hand him a pile of Kyle family money?

If it is, I am still bewildered. The jury did not find that Kyle’s story seemed a little suspect, or that they think Ventura might have a reason for taking offense. They found that Chris Kyle absolutely made up this story on purpose with the specific intent of defaming him.

I scoured each day of trial stories and spoke to two reporters who covered it from start to finish. I find no compelling evidence that a case was made for a concrete finding that Chris Kyle sat at a keyboard and plotted to destroy what is left of Ventura’s image.

This was a trial filled with “I don’t know.” At least that’s my personal bottom line. I know I hope Chris Kyle, whose memorial service I proudly attended, did not have such a vicious streak. But I don’t know.

But nor could the jury know that Kyle did in fact act so maliciously. In the face of such uncertainty, there is only one decision, and that is against Ventura— not because they think he is lying, but because the burden of proof of Kyle’s malfeasance was not met.

After the jury struggled through a week of deadlock, both legal teams agreed to let an 8-2 margin settle the case. Ventura’s side was even willing to settle for 6-4. There were indeed two people on the panel unwilling to say yes, we believe Kyle sought to bring Ventura down with punishable lies.

Taya Kyle’s attorneys’ decision to accept an 8-2 conclusion looks profoundly dumb in hindsight. This would have been a mistrial, and even Ventura probably would have balked at reviving an expensive monster he was paying the full fare for. No contingency fee arrangement here.

But what’s done is done. Ventura can say his name has been cleared, but I don’t have faith in the eight jurors who were sufficiently swayed to deliver his big payday.

If he is so concerned about his image, he should have considered the unseemly sight of a man dragging a grieving widow into court. Twitter did not exactly explode with congratulations for him when his victory was announced.

But to the extent that he says Kyle’s death does not change the basis for his complaint, he is correct. He had every right to pursue the matter, and I wonder in some future case if it is the hero suing the scoundrel for defamation, if we would not support pressing forward if the scoundrel were to meet an untimely end.

So, to Jesse Ventura, a suggestion: Keep the half-mil that is the award for being wronged in the pages of “American Sniper.” But refuse to take the rest. Harper Collins is editing out the offending story, which was never more than a few pennies’ worth of the book’s cover price. Taya Kyle and her children have never done you a speck of harm. Allowing them to benefit from the proceeds of a fallen husband and father’s work, which is largely a gesture of love from a grateful nation, would give you a moment of public approval that would far exceed any image boost from this courtroom victory.

If it is your reputation you care about, you are entitled to say for the rest of your life that a jury found for you. And in returning the Kyle family’s money, it can then be said that you responded to a slight not with revenge but with kindness and generosity. There are few better image-enhancers than that.